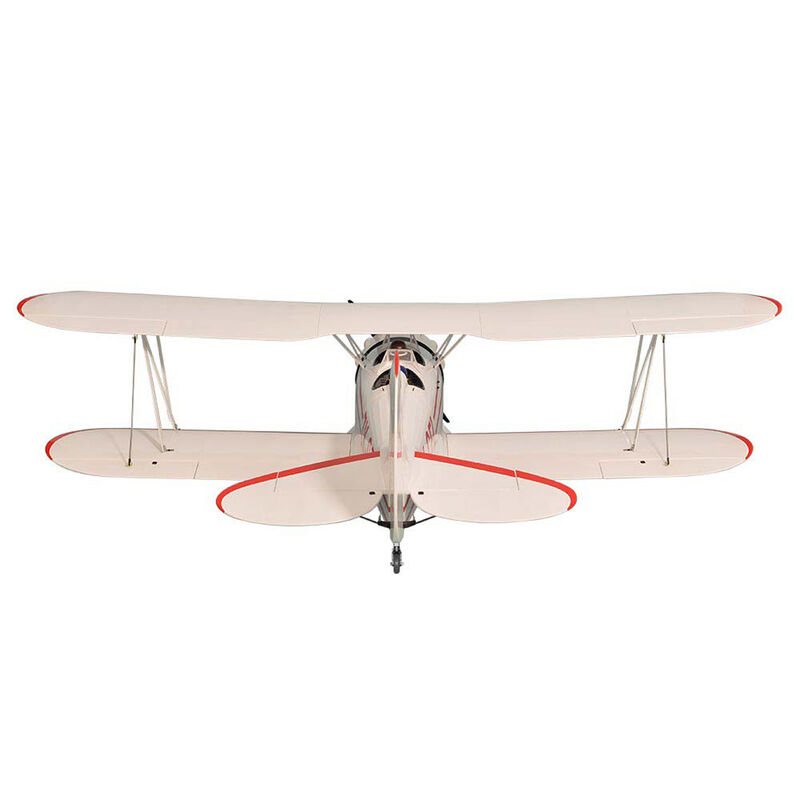 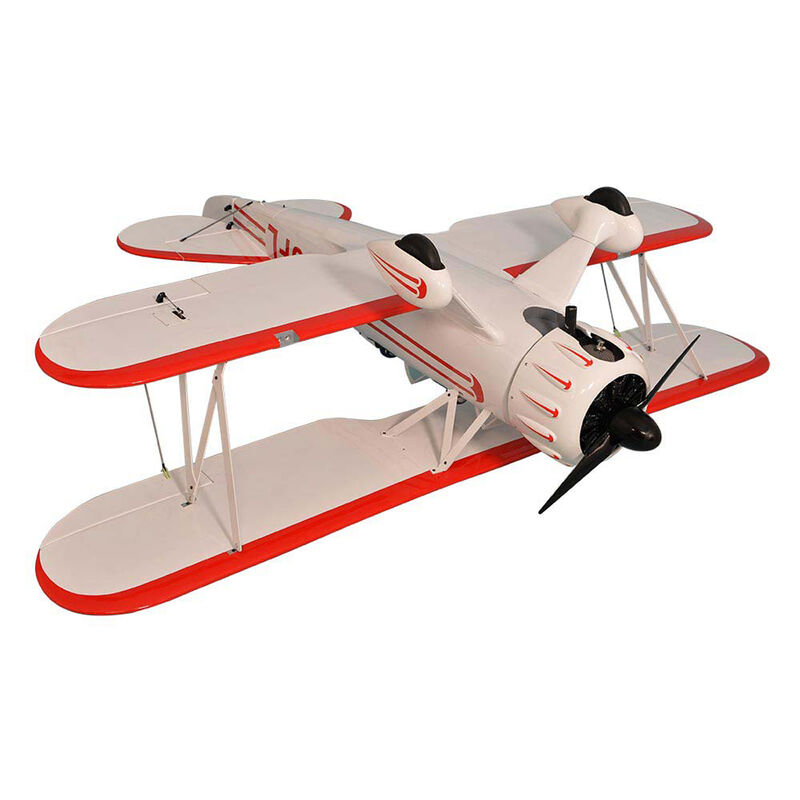 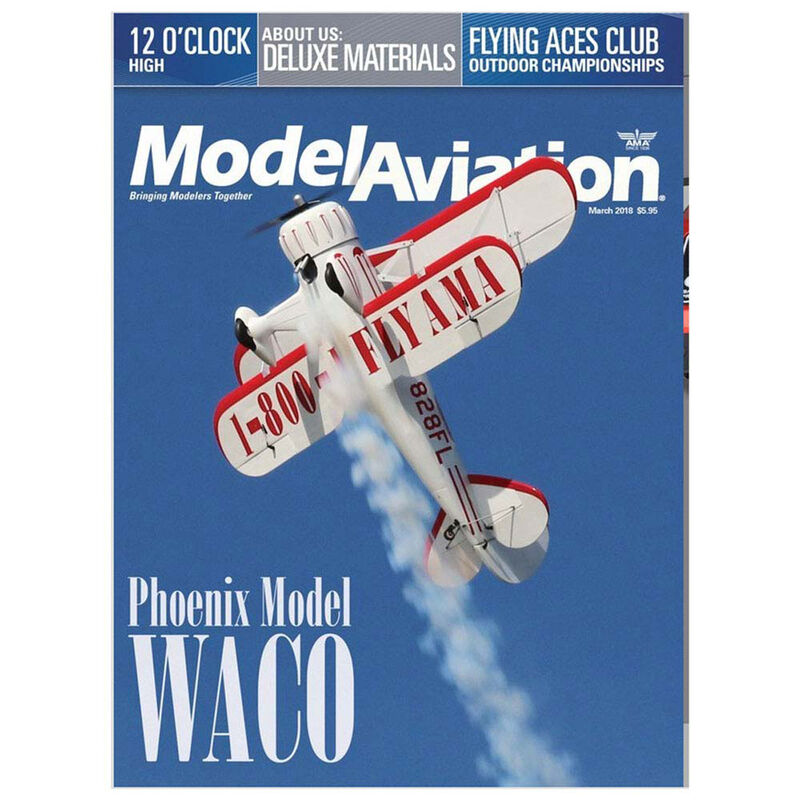 You will earn points on this purchase

When you put a WACO in the air, you launch a piece of aviation history. These biplanes have taken aviators into the skies since the thirties and their as stable, as reliable, and as attractive today as they were in the golden age of aviation. This Phoenix Model version is every bit as fun to fly as the original and it’s available as an easy-to build ARF as well. 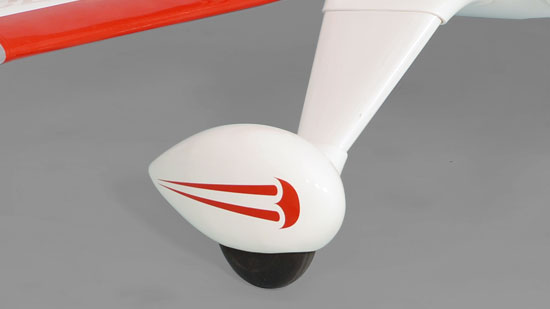 Fiberglass wheelpants complete the scale look of the model and are far more aerodynamic than a bare wheel! 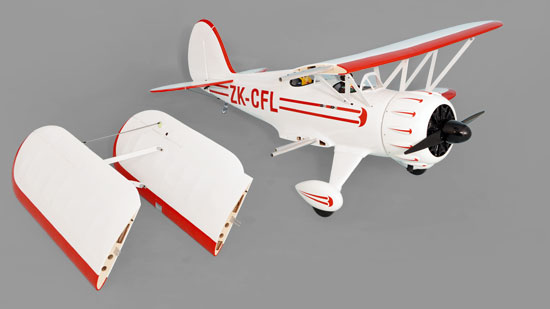 The removable wing aligns on an aluminum joiner tube for easier transport and assembly. A large compartment allows easy access to your choice of onboard components.

A fun scale touch, two pilot figures are included for the removable compartment cover.
Powered by
4.3 star rating 4.3 18 Reviews
write a review
(12) (2) (3) (0) (1)
Show all reviews
write a review
Thank you for posting a review!
We value your input. Share your review so everyone else can enjoy it too.
share
share
share
Thank you for posting a review!
Your review was sent successfully and is now waiting for our staff to publish it.
write a review
Sort: Select
Updating Results
Verified Reviewer
0.0 star rating
01/23/21
Review by Anonymous User
On
share ' Share Review by Anonymous User facebook facebook Share Review by Anonymous User twitter twitter Share Review by Anonymous User LinkedIn linkedin Share Review by Anonymous User
01/23/21
Was this review helpful? 0 0
T
Ted 3.
5.0 star rating
03/23/19
Magnificent Biplane ARF
Review by Ted 3. on 23 Mar 2019 review stating Magnificent Biplane ARF
My first 1/5 scale Waco YMF I had built from a kit many years ago, due to inexperience found it very difficult to take off and land, so I sold it while it was still intact. When I saw the advertisement for the Phoenix Model 50 - 61 cc Waco, I immediately purchased it, spent some time making modifications, and have been delighted that it flies as well as it looks. The plane takes some time to assemble for flight, but that is not unexpected in a biplane that has to be transported with the wings detached. Phoenix models wisely omitted fly wires, which would be invisible from 10 ft. away, and which would be superfluous for structural strength. Engine mounted standoffs for the DLE 55 RA match exactly the location marks for a DLE 61 RA on the firewall, and a DLE 55 RA provides ample power for flight, while a 61 would provide excessive power. The full scale Waco is not a high speed aircraft nor a highly acrobatic one. The round rod aileron pushrods which are supplied with the model are wrong in location and shape, should be airfoil shaped and in line with the N struts, not more vertical and inboard of them. The pilots supplied are atrocious human models, so I replaced them with a pair of Great Planes 1/4 scale German pilots.

Takeoffs with the Waco are very scale like, as are landings. In ground effect the model floats a good distance over the runway, with throttle management eventually settles on the mains at amazingly slow speed without any tendency to fall off to either side. Without any bad habits, the Waco performs all standard maneuvers gracefully and reasonably slowly in scalelike speed, is a delight to fly in calm air or in wind in excess of 12 mph, and is equally a delight to watch perform.