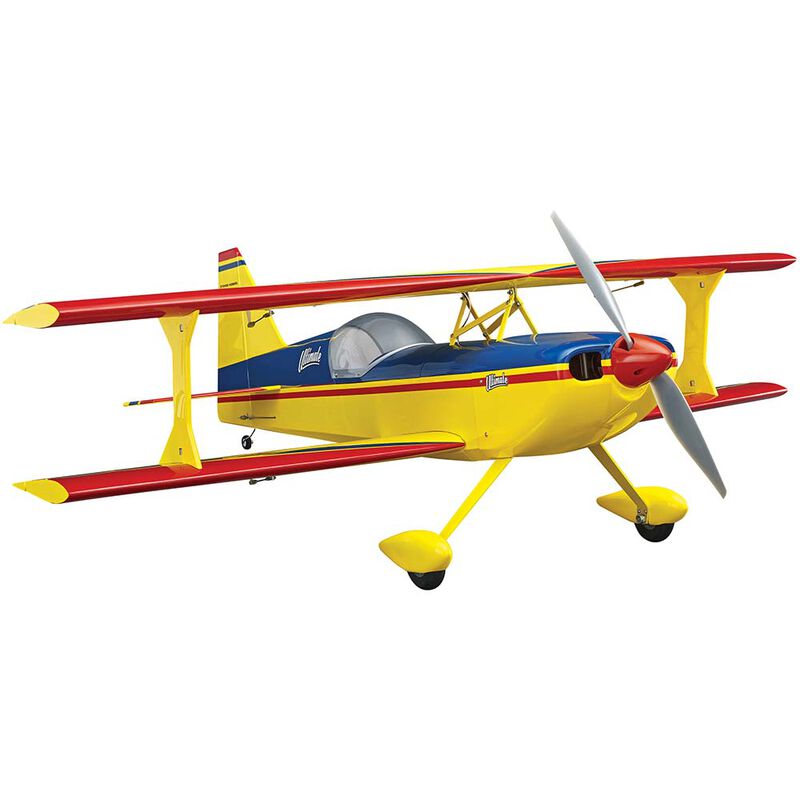 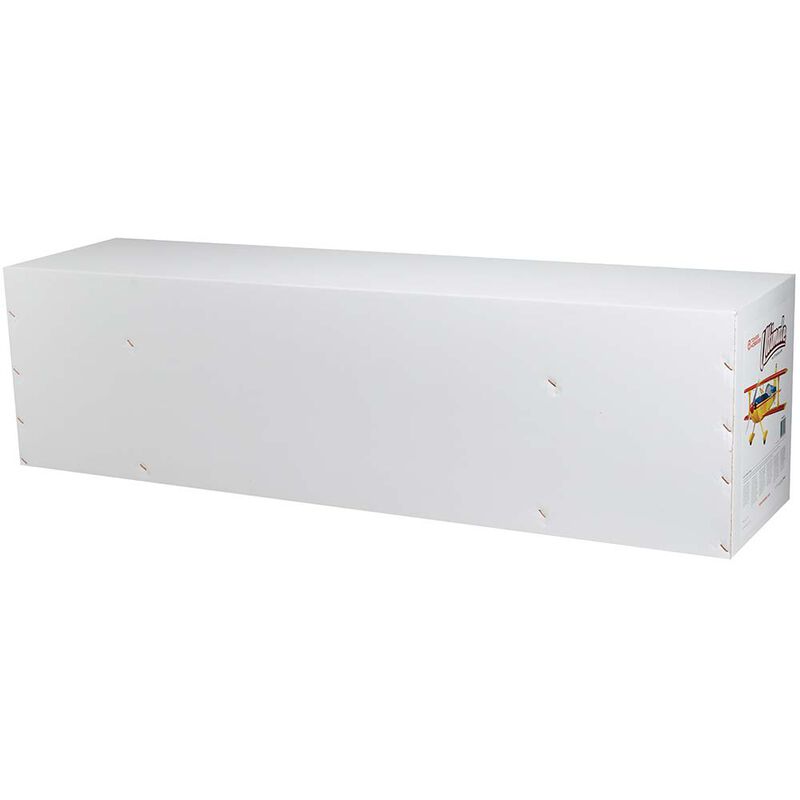 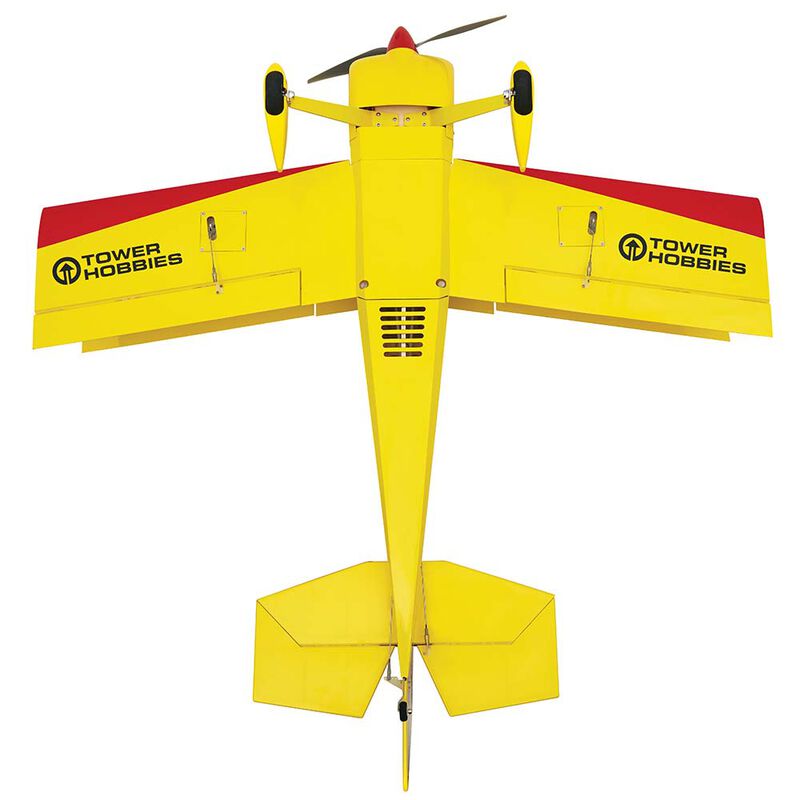 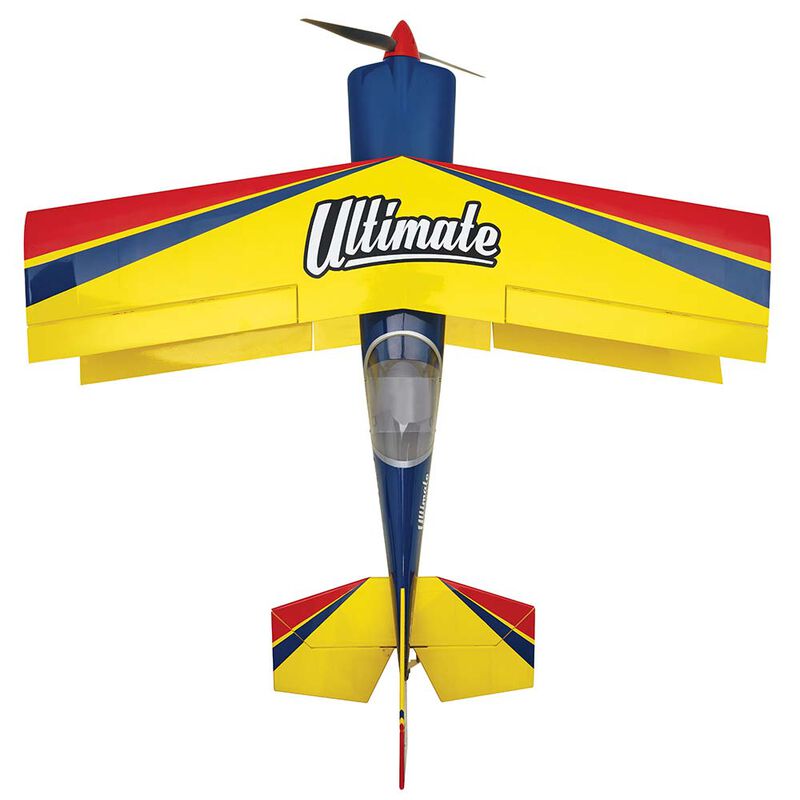 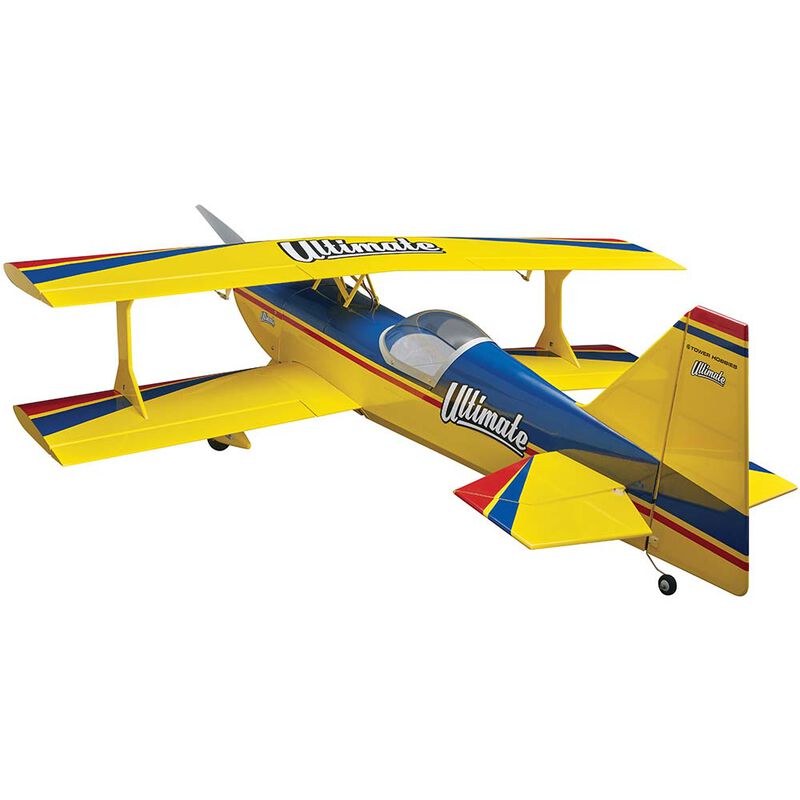 Item No. TOWA2050
This Item is No Longer Available

Designed for everyday aerobatics, the 45.5" span Ultimate Bipe is an impressive show-stopper! Whether you equip it with glow or electric power, you can expect solid tracking and excellent performance from this outstanding ARF airplane. Includes a strong wood airframe, high-quality heat shrink film covering, a fiberglass cowl and wheel pants, removable battery hatch and more. 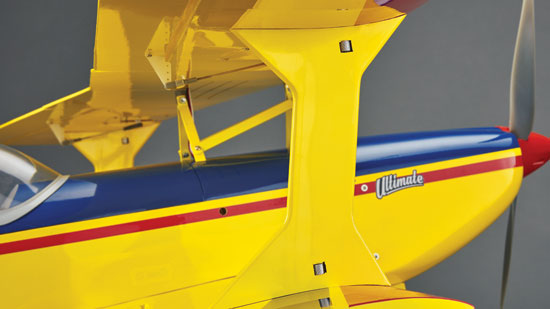 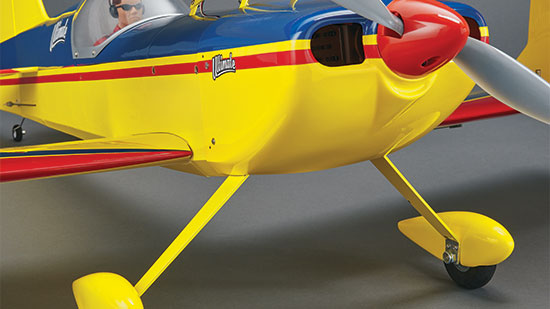 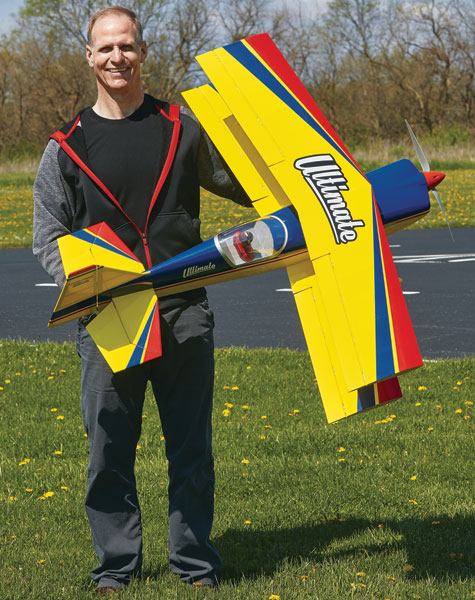 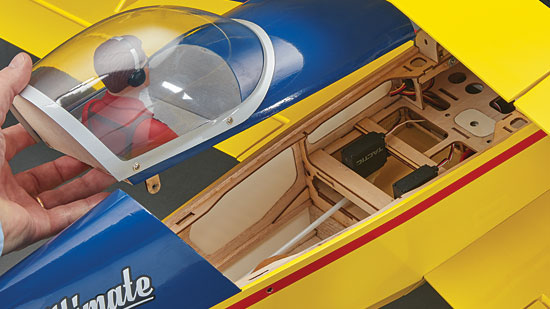 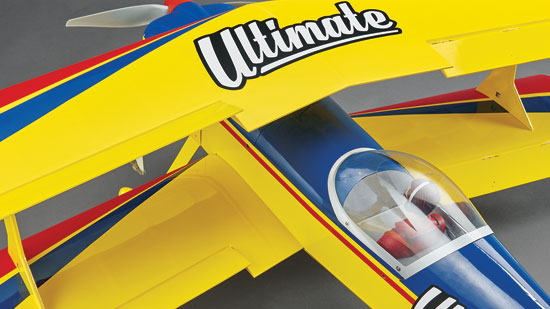 Can be set up using two or four aileron servos. 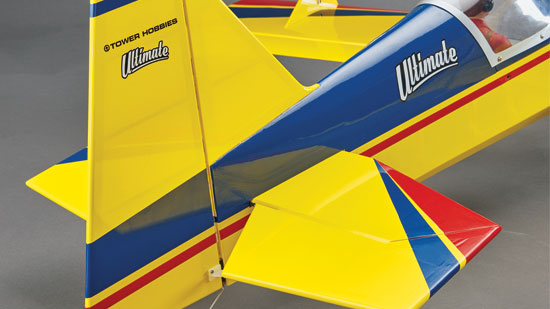 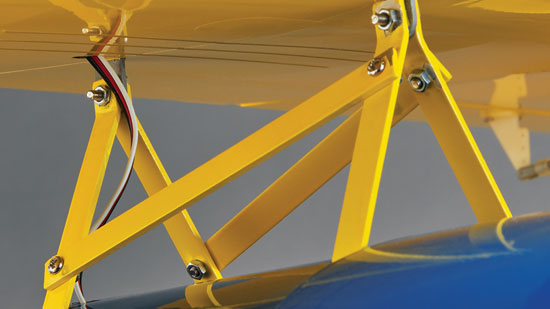 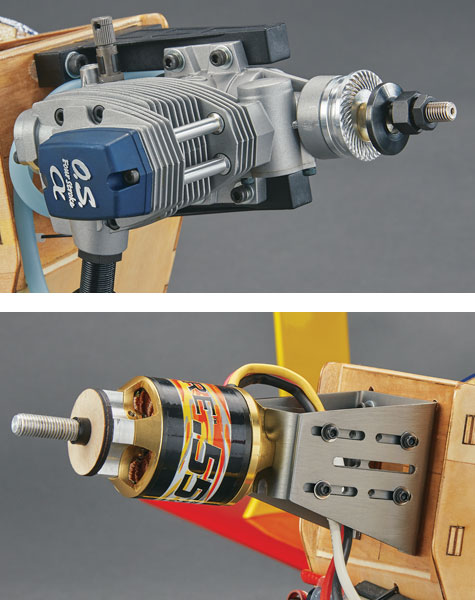 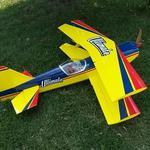 Inside the box was everything one would need and the manual was better detailed than most any plane, kit or ARF, that I have assembled so far. They even included a few sheets of covering if you have any booboos at the field.

I installed the O.S. 55AX on this airplane and it had ample power but with a 13x4 APC it felt like I was having to keep the throttle at 3/4 or higher and I would lose speed in climbs. The airplane was still a blast to fly and was a huge head Turner at both of the fields I fly at. I changed to a 12x5APC and the plane was better but still felt lacking somewhat.

I picked up an old O.S. .91 Surpass 1 four stroke and mounted it to the airplane with an APC 15x4W. Man! This woke the plane right up. The Ultimate will hover at less than half throttle and I no longer need a take off roll. I just throttle up and give full up elevator and it'll climb out of sight. The only downside is that until the engine really warms up, it pulls the plane at idle. Once warm there isn't a problem anymore. With the .55AX the airplane balanced perfectly. With the .91FS I had to add 2 ounces of lead to the tail to get the CG near the aft side where I like it. It was still in CG range before adding lead but closer to nose heavy and the plane didn't like to hover.

I have had two people offer top buy the plane from me on the spot. I love this plane and it has become my favorite flyer. I programmed crow braking, flaperons, and spoilerons into this plane as well.

The airframe appears well built and I only ran into one issue and I believe it was a result of the larger engine and not of design. On one beautiful landing where the tail touched first then the mains, the force caused the gear box to seperate. When I took out home and inspected the damage, no wood was broken, only the glue joints, I added some triangle stock and 30 min epoxy to strengthen the area and it is good as new and flying like a champ. 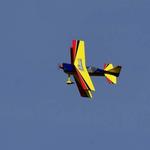 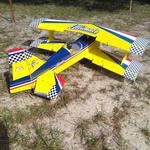