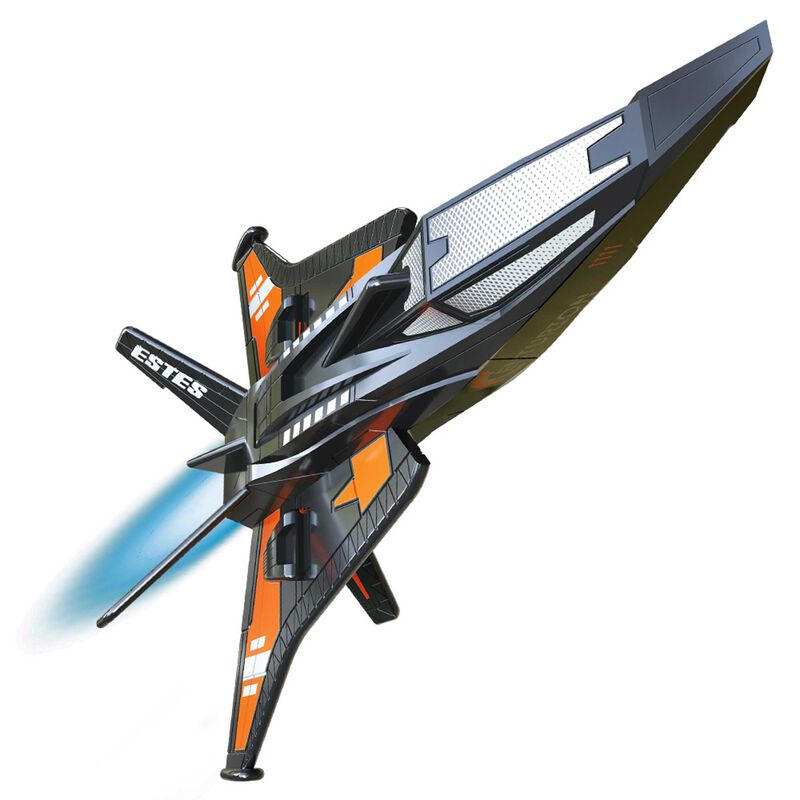 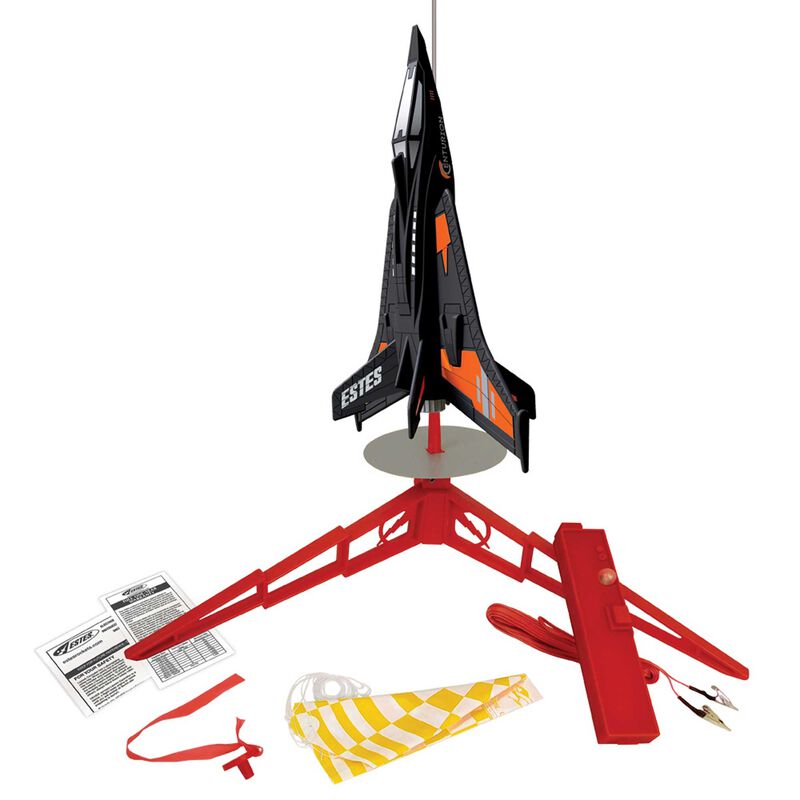 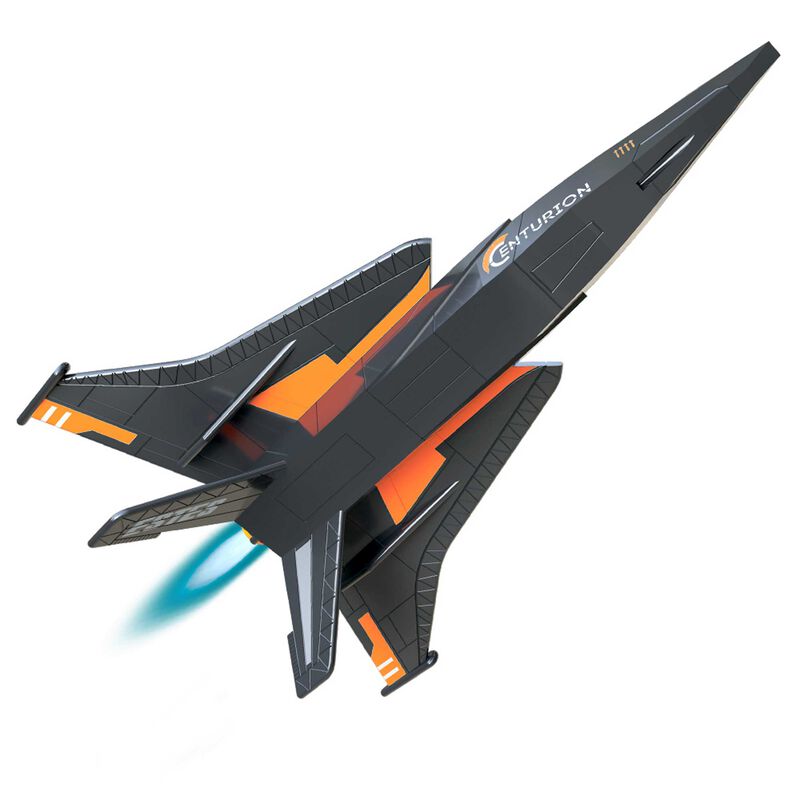 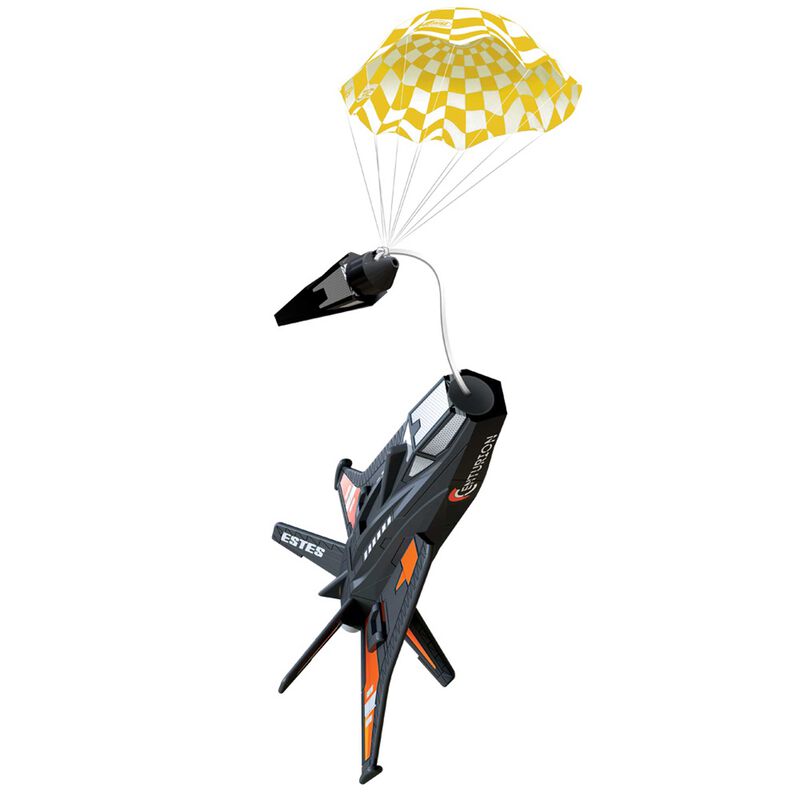 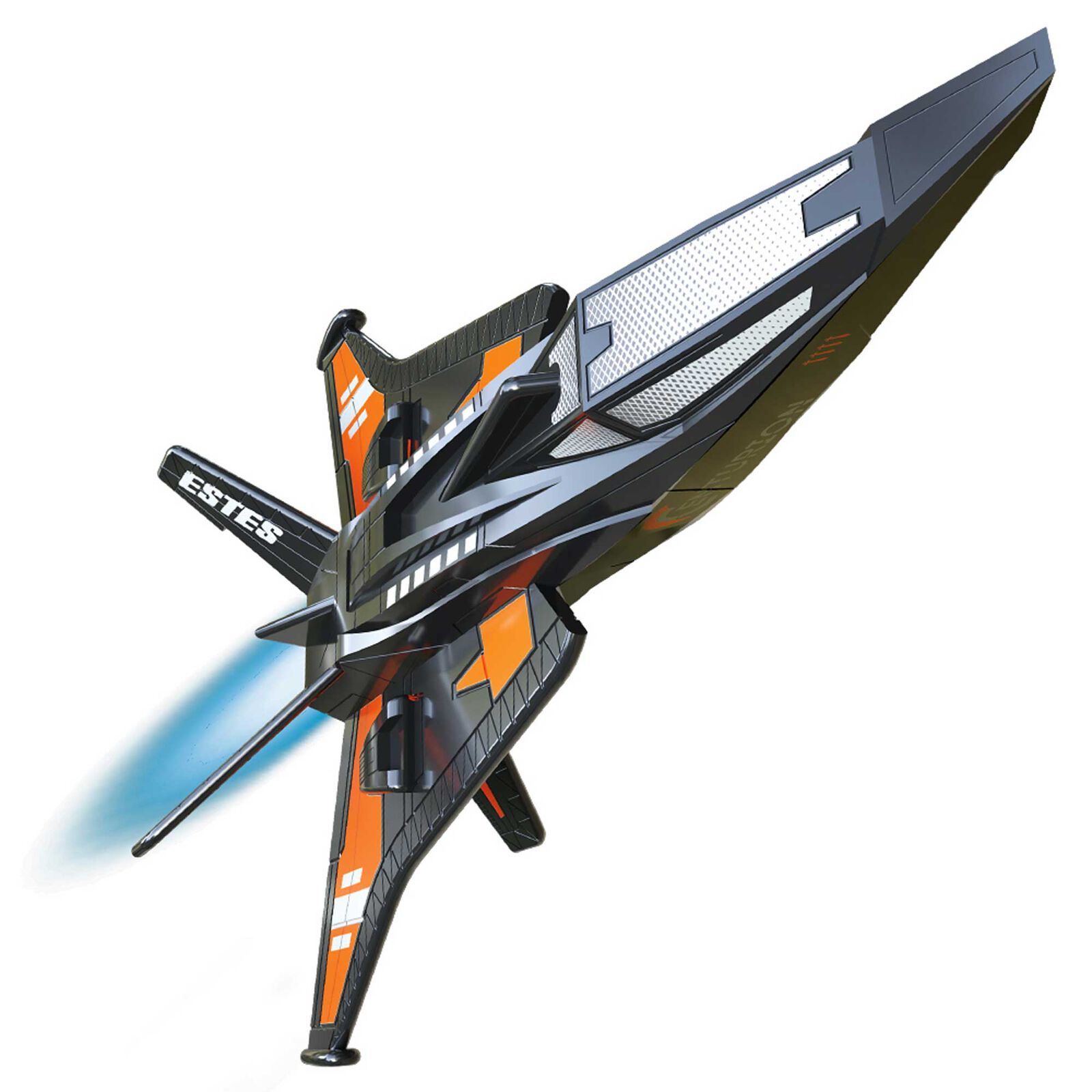 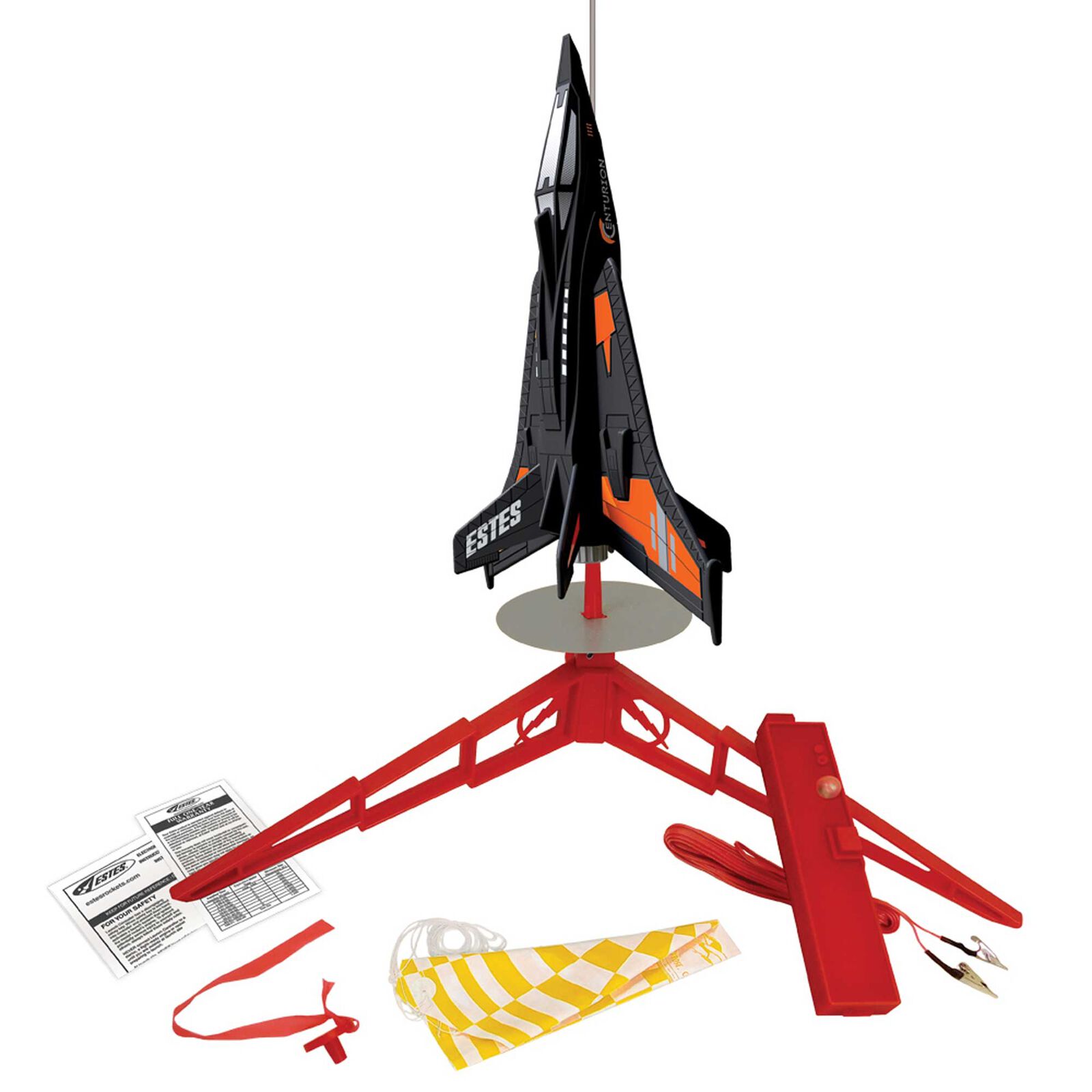 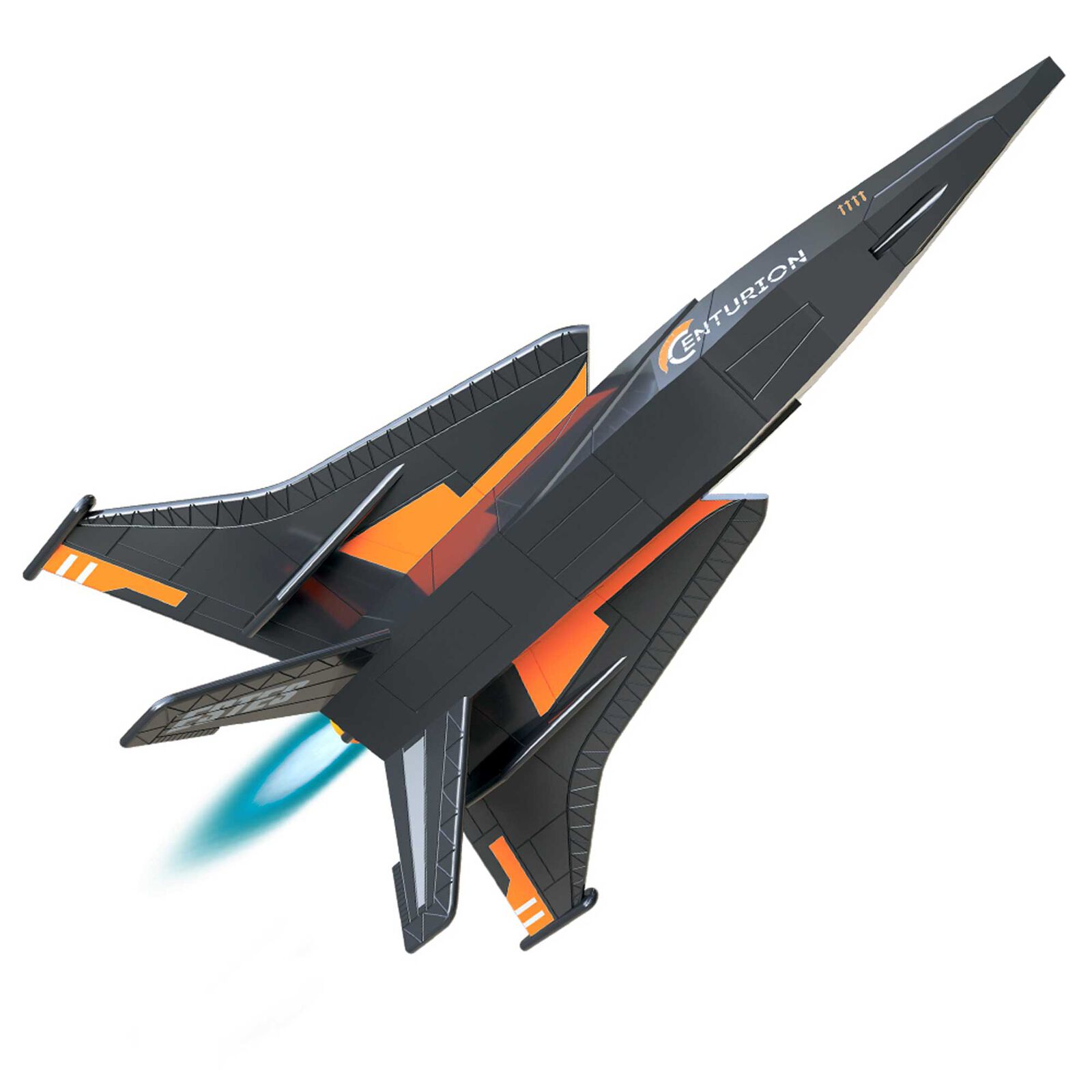 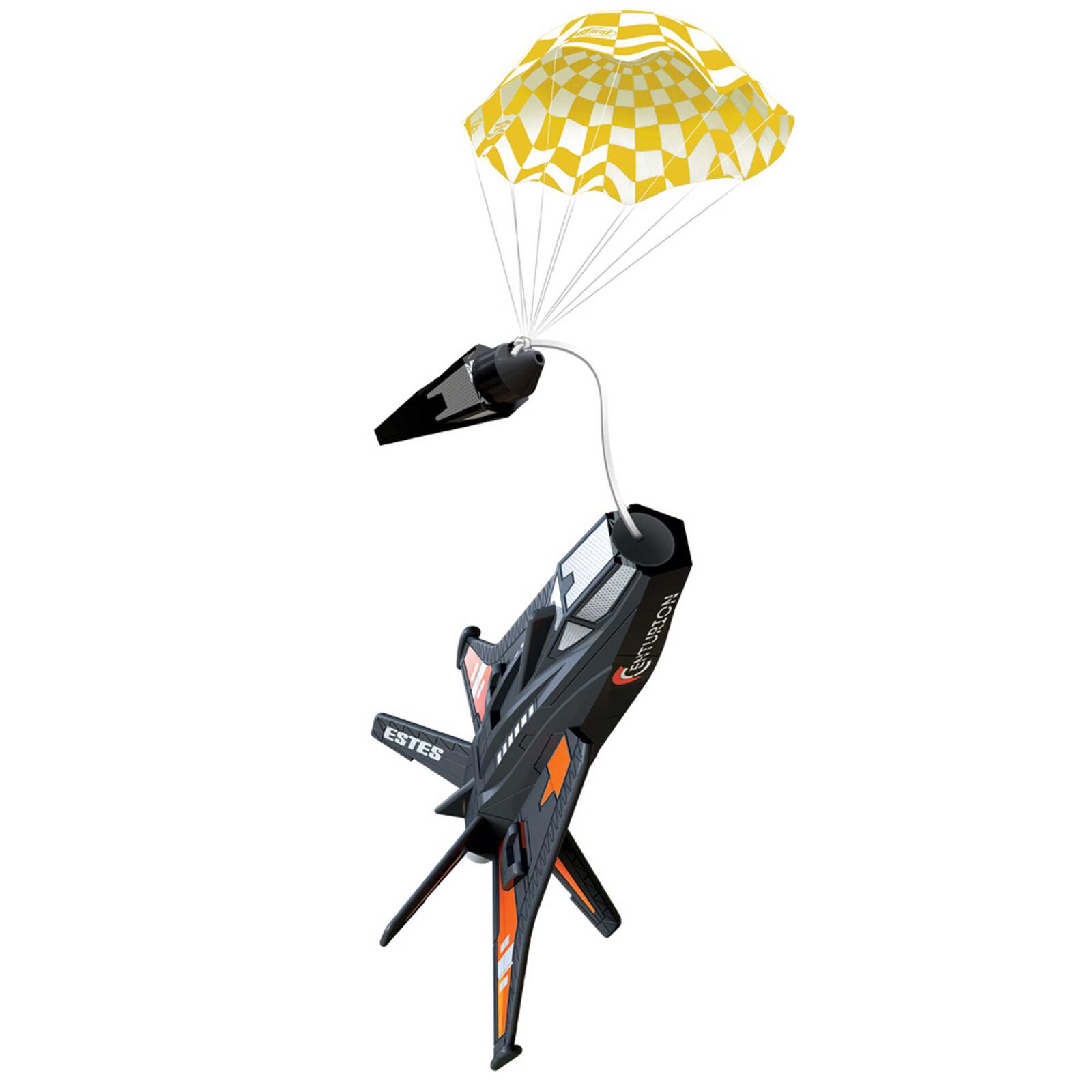 The Space Corps Centurion agile interceptor and space fighter was designed for one purpose: defend Earth and its Solar Colonies from a mysterious alien presence lurking in among the Asteroids. The Estes Centurion space fighter comes almost ready to fly. Launch today and do your part to safeguard humanity! 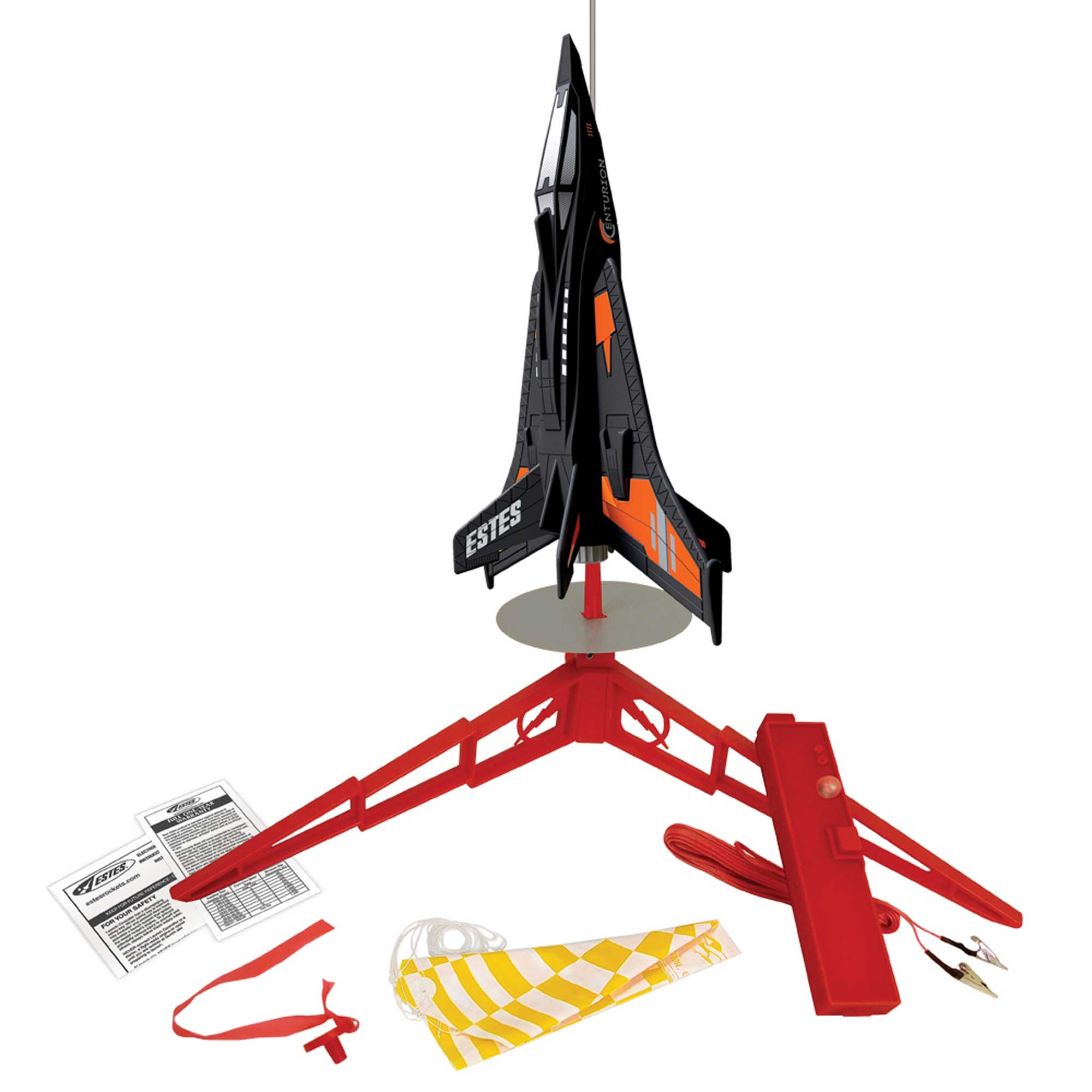 Project Centurion started six years ago in response to the mysterious Asteroid Belt discovery now designated XAB-1. According to recently declassified communiques, in 2055 a convoy of Space Corps Corvette Class rockets detected an anomalous energy source near Asteroid Vesta. The patrol had stumbled upon what can only be described as an alien spacecraft engaged in clandestine observations of Earth.

Before it could be determined if the strange vessel was friend or foe, it disappeared in a brilliant flash of blue light leaving nothing behind. Where did the alien ship come from and what was its mission? More importantly, will it return, and will it bring with it an invading army? Or will we be greeted by new alien allies from a distant world?

With no choice but to prepare for the worst, Space Corps commissioned Project Centurion to meet the defense needs of Earth and the Solar Colonies. This crash program engaged the best scientific and engineering minds from throughout the Solar System. Their charge: design and build an adaptive space defense system to counter an unknown but potentially powerful adversary. No expense or effort was spared. The result, the Space Corps Centurion agile interceptor and space fighter, is now operational and ready to protect Earth and the human settlements.

The Estes Space Corp Centurion model rocket is an almost-ready-to-fly scale version of this future, historic space fighter. Simply install the included 9 inch parachute and shock cord and your assembly is complete! The Space Corps Centurion launches upright using a standard Estes launch pad and launch controller (included) and returns to Earth under its own parachute. This versatile model can fly on a wide range of Estes A through C engines which means you can select the right engine for your field and wind conditions. Maximum altitude is 700-feet on a C6-5 engine – not quite high enough to make orbit, but plenty of altitude to impress your launch day spectators! Launch your own Estes Space Corp Centurion today and do your part to safeguard humanity!