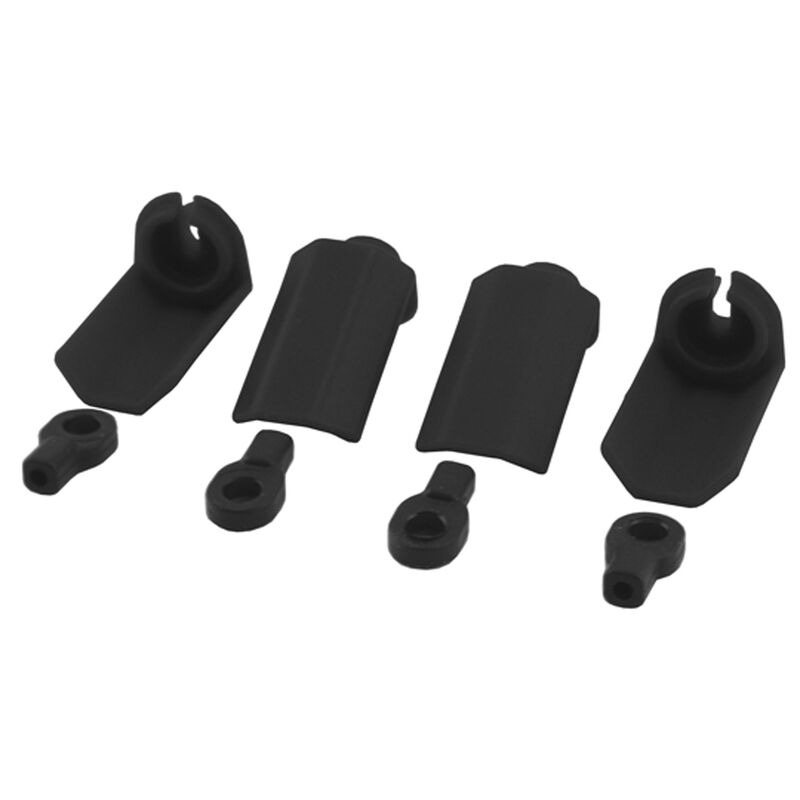 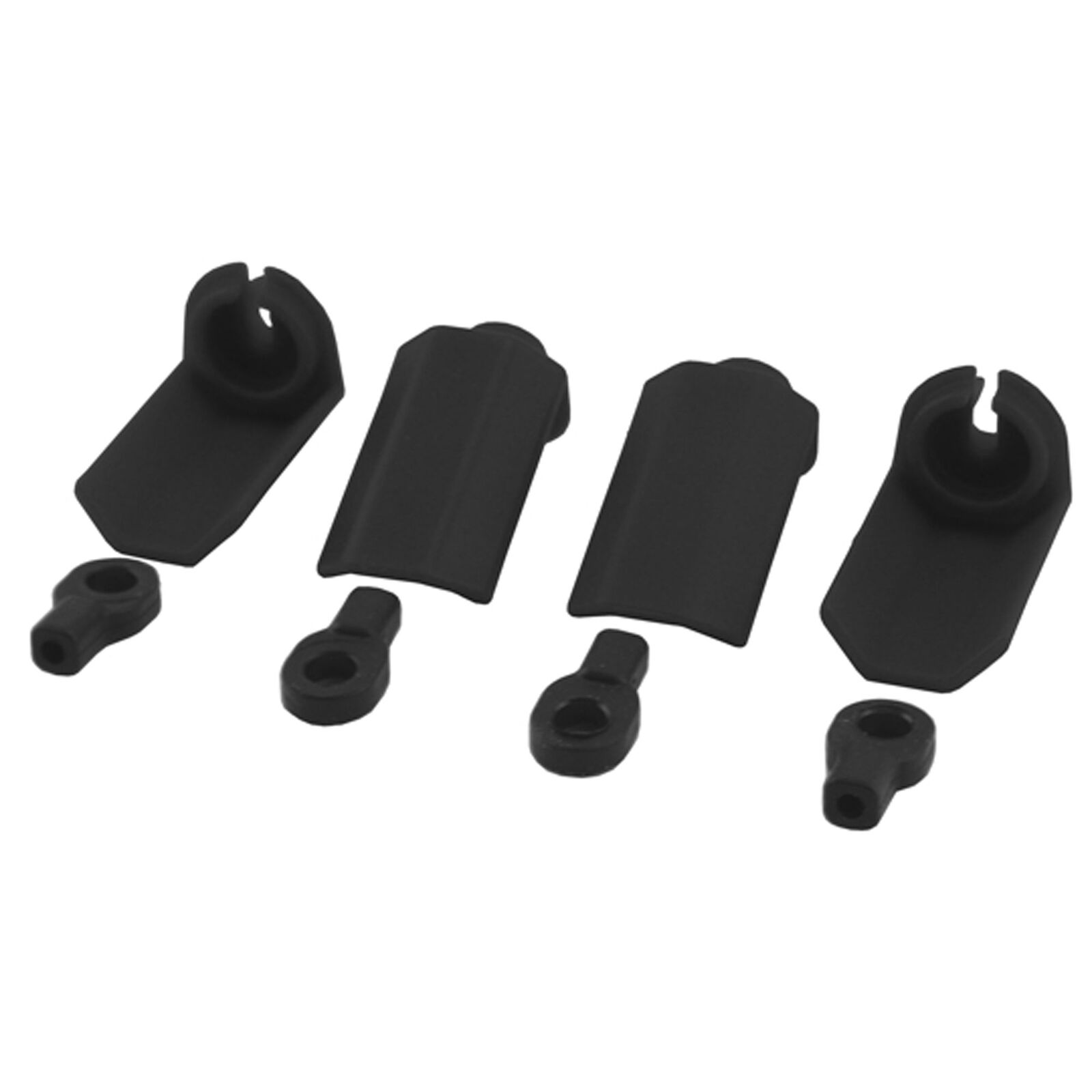 Share
The link to Shock Shaft Guards, Black (4): Traxxas 1/10 has been copied

Rocks, dirt and debris striking shock shafts lead to dents, dings and burrs, which in turn, leads to torn shock seals. Torn shock seals means leaky shocks and poor shock performance. RPM Shock Shaft Guards shield the shock shaft from those deteriorating elements, prolonging the life of the shock shaft, which improves the long-term performance of the suspension and in turn, prolongs the time between shock rebuilds!

RPM Shock Shaft Guards are a simple design, replacing your stock shock spring cup with one that has a thin but tough shield rising up to the base of the shock body, completely blocking debris from striking the shock shaft. The back and sides are open, which prevents debris from building inside the guard as well. The kit comes with replacement oversized shock rod ends, improving durability and consistency on the shock pivot ball. Additionally, we redesigned the top of the rod end so it is square. That square end keys the shock shaft guard for directional control. The front shield of the guard covers over 100 degrees of frontal exposure! RPM Shock Shaft Guards are zero friction protection devices, meaning the guard never touches the working elements of the shock.

RPM Shock Shaft Guards are sold in sets of four, including four rod ends for the shocks and are stock replacement items. Nothing more is needed for installation. Check out this partial list of vehicles they will fit: Slash 2wd, Slash 4X4, Stampede 4X4, nitro and electric versions of the Stampede 2wd and Rustler, Bandit, Nitro Sport, T-Maxx & E-Maxx (see tech notes below), and many more including vintage and legacy models.

RPM Shock Shaft Guards are available in Black, Green, Blue and our Dyeable White materials. Dyeable parts to match or contrast your chassis or paint schemes.

Tech Notes: RPM Shock Shaft Guards fit all Traxxas 1/10th scale molded shocks as well as Traxxas Big Bore shocks but will not fit the Traxxas Jato or GTR shocks. They fit the T-Maxx and E-Maxx but will not work with RPM T/E-Maxx A-arms due to clearance limitations on the upper arm.