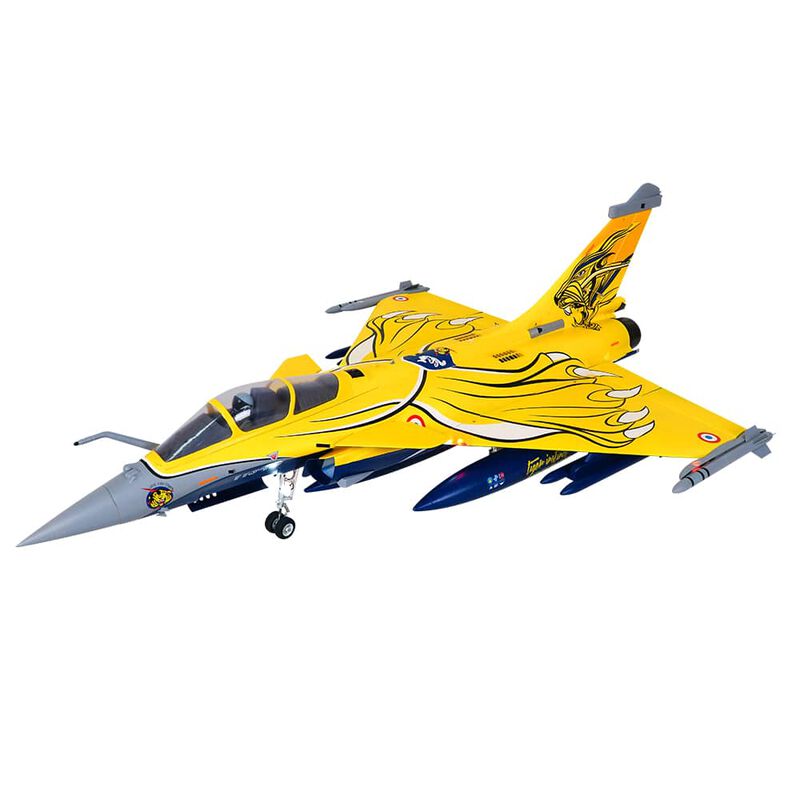 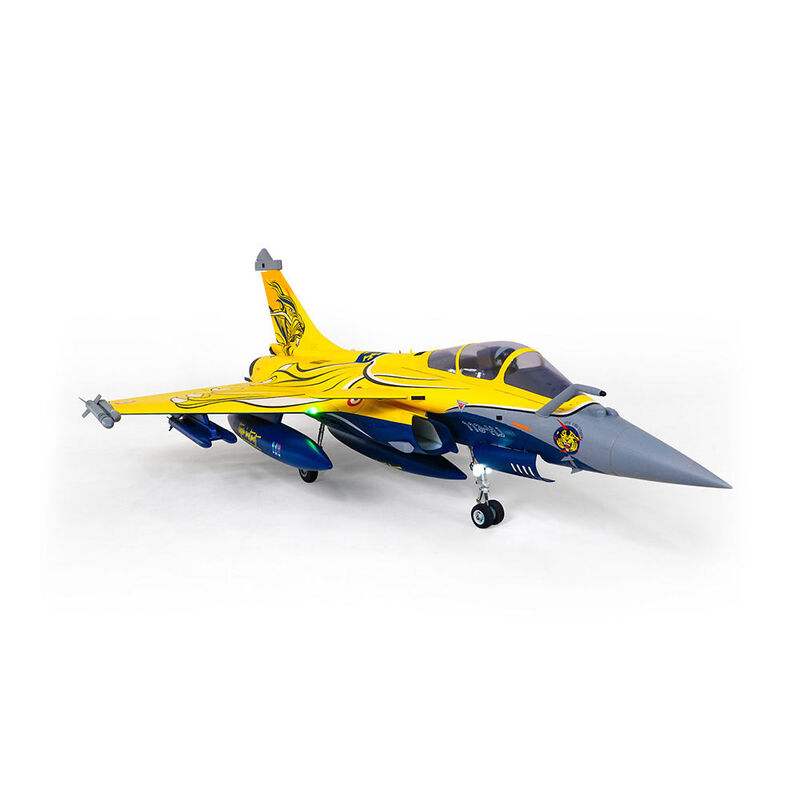 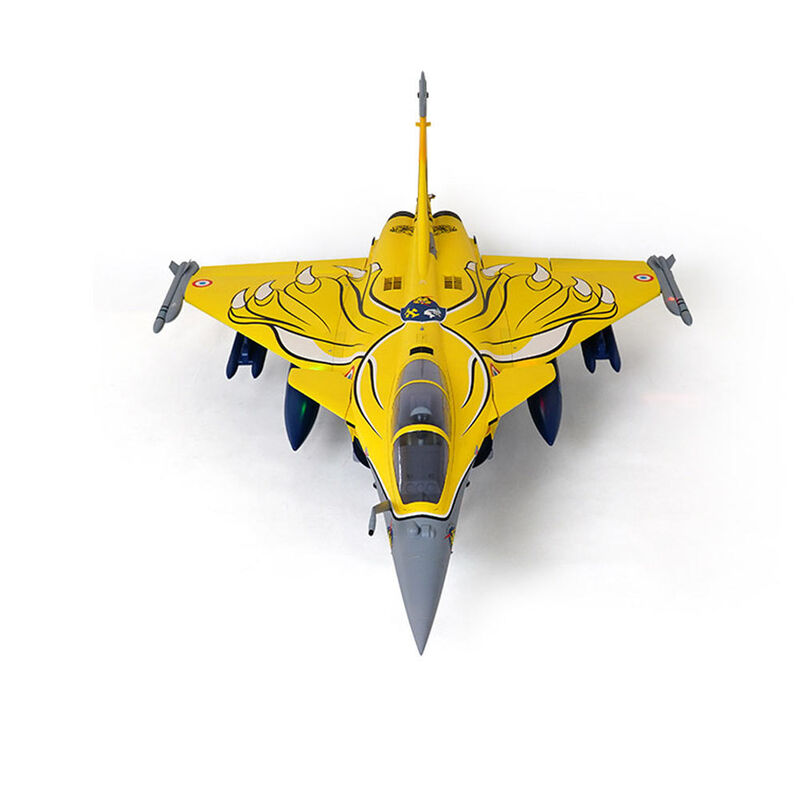 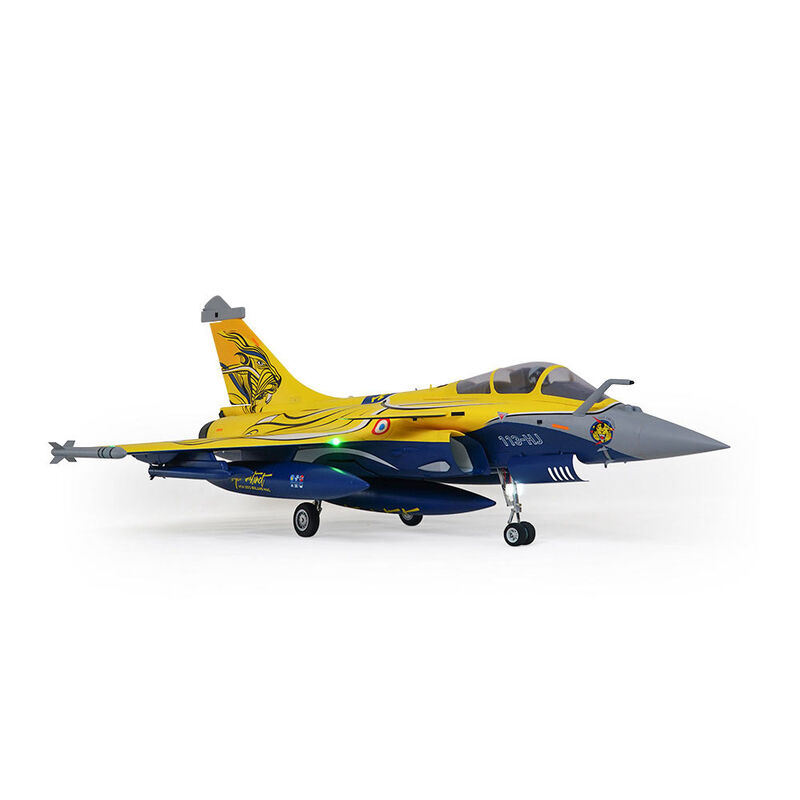 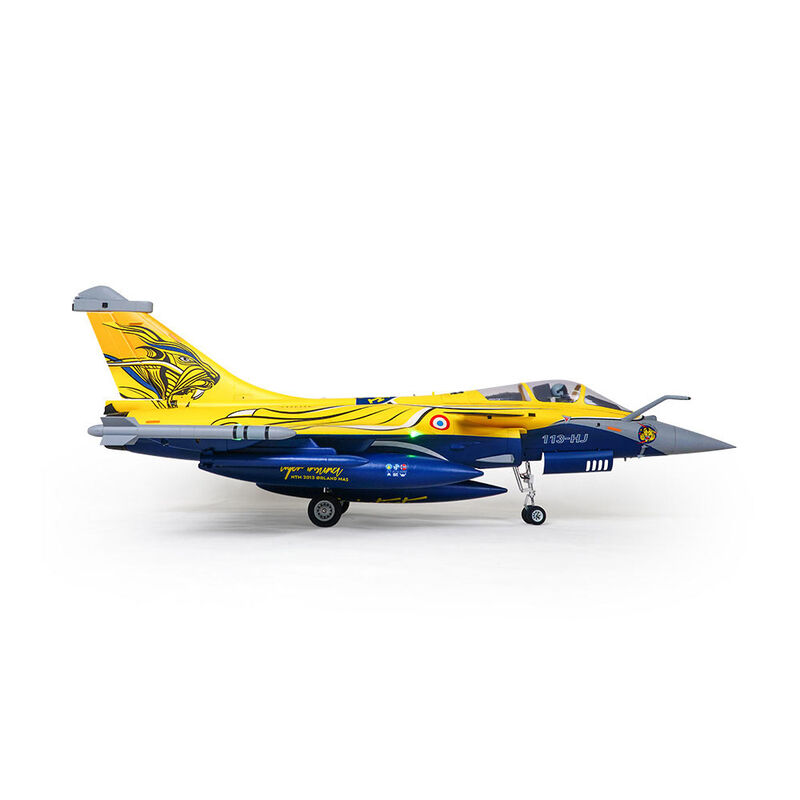 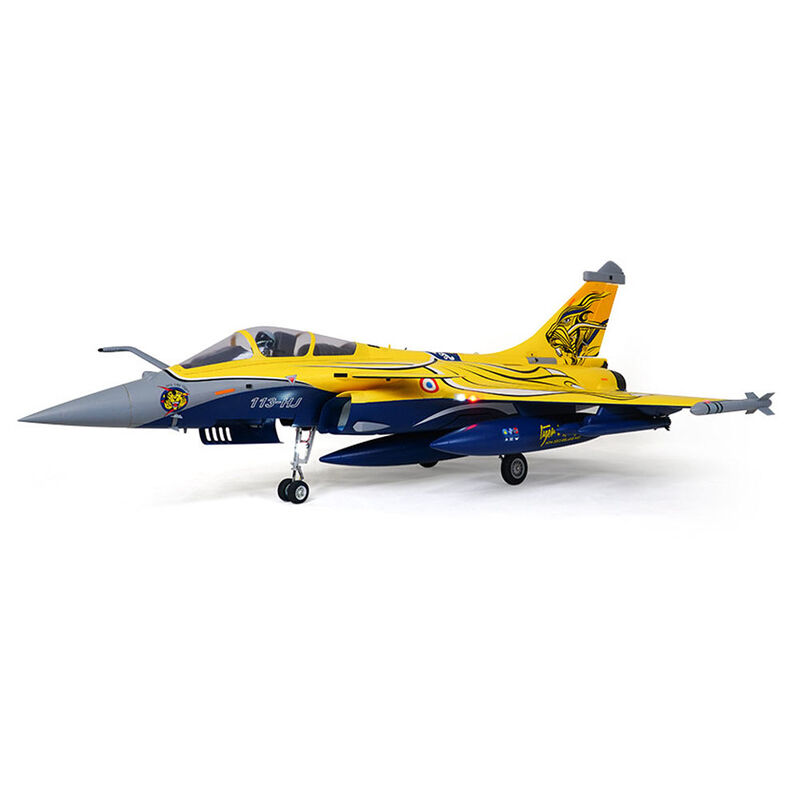 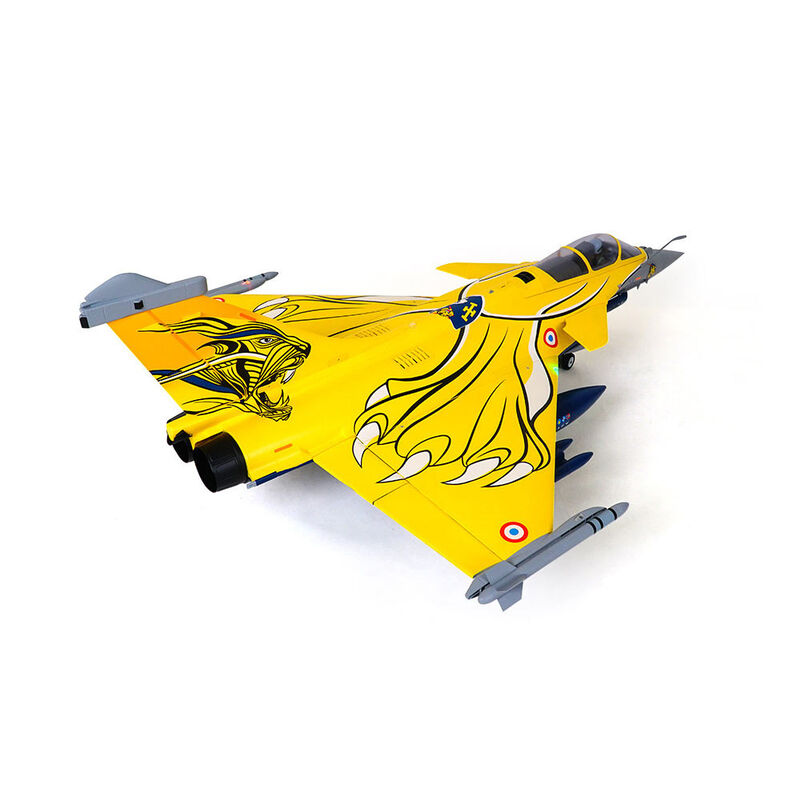 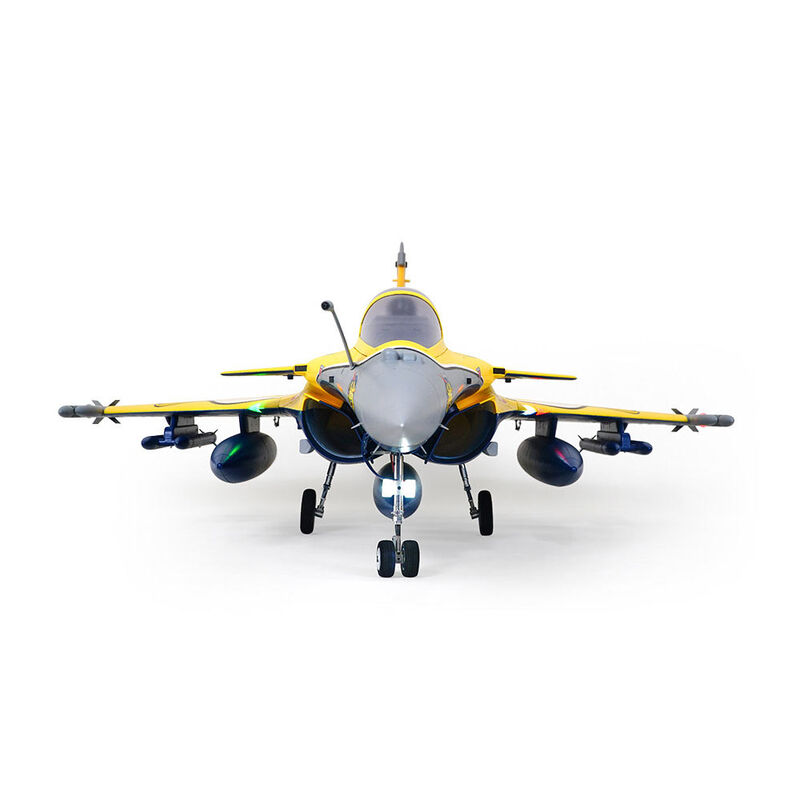 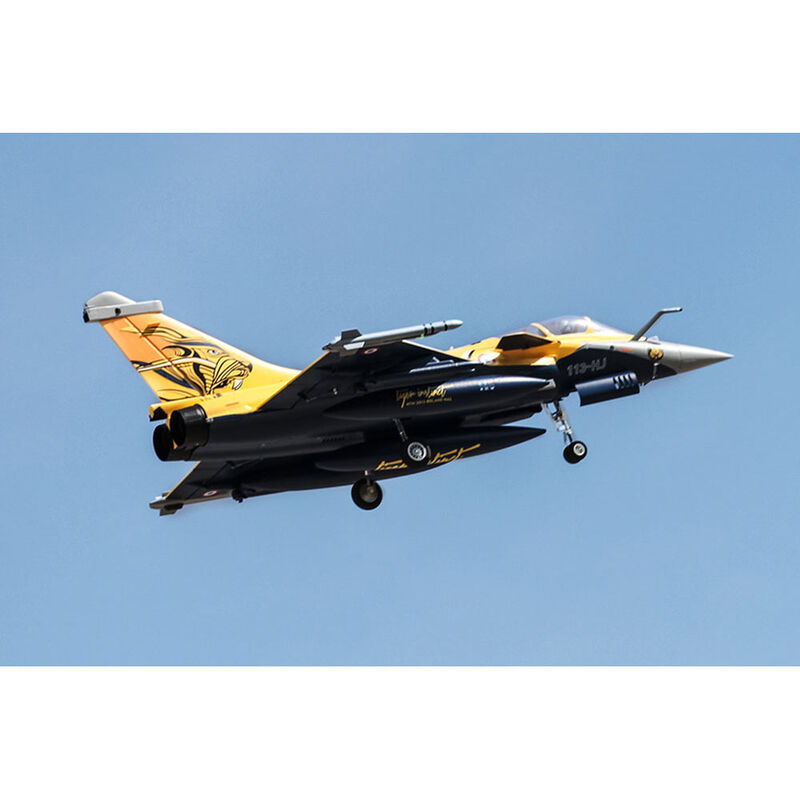 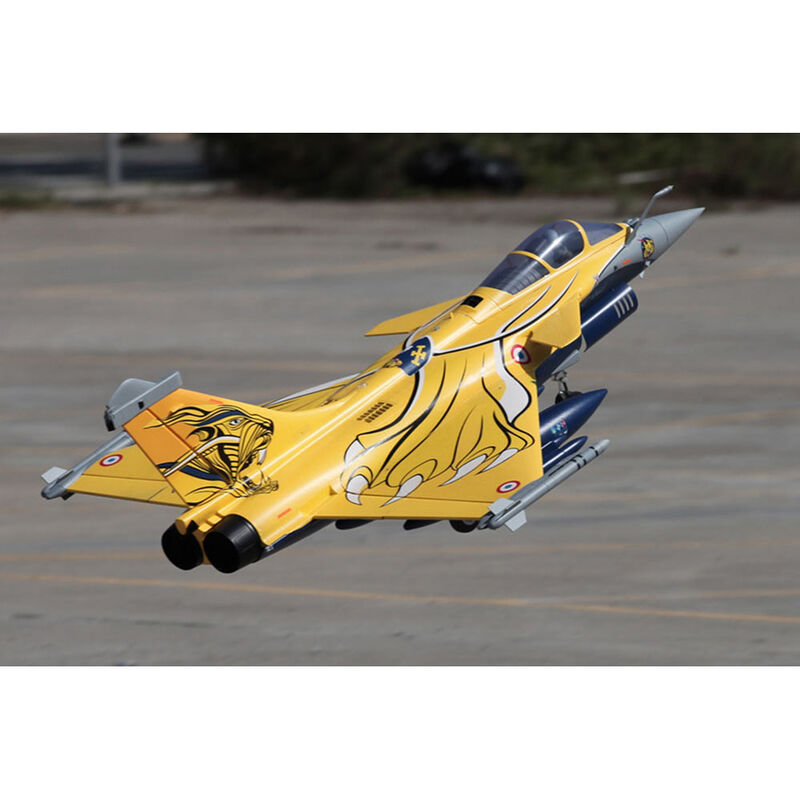 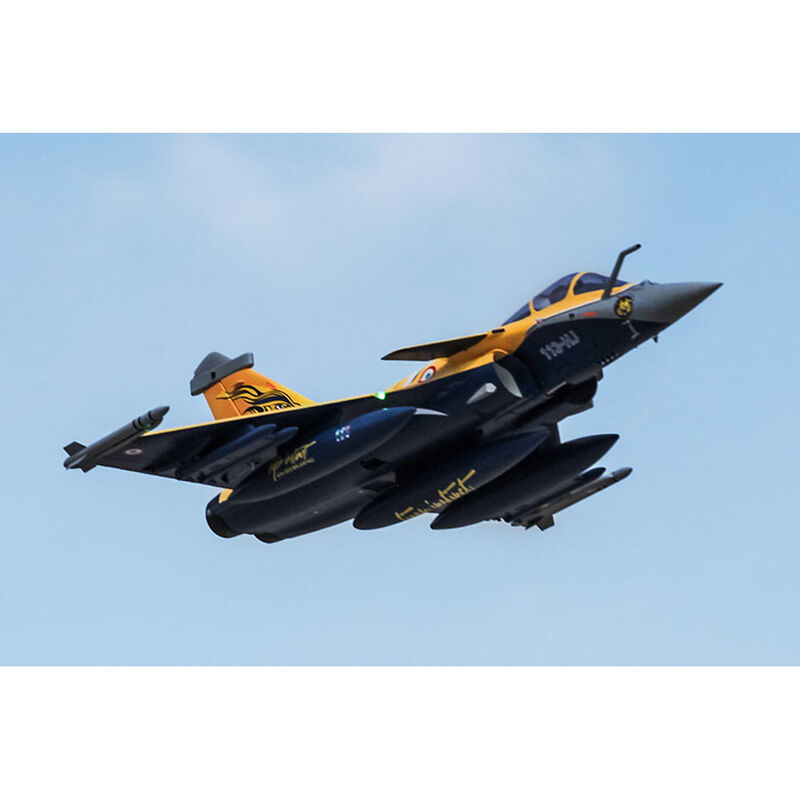 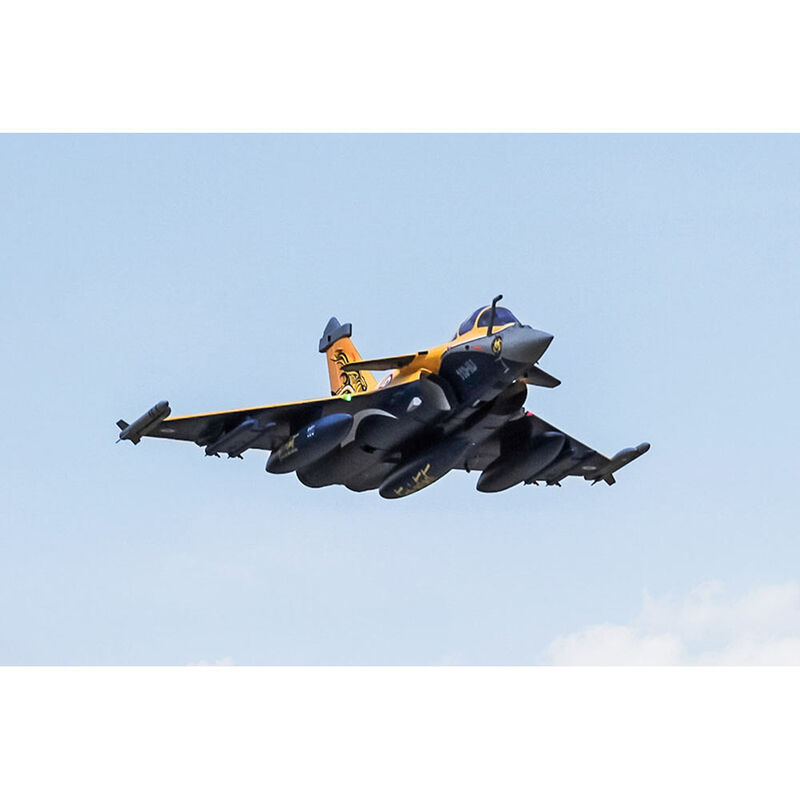 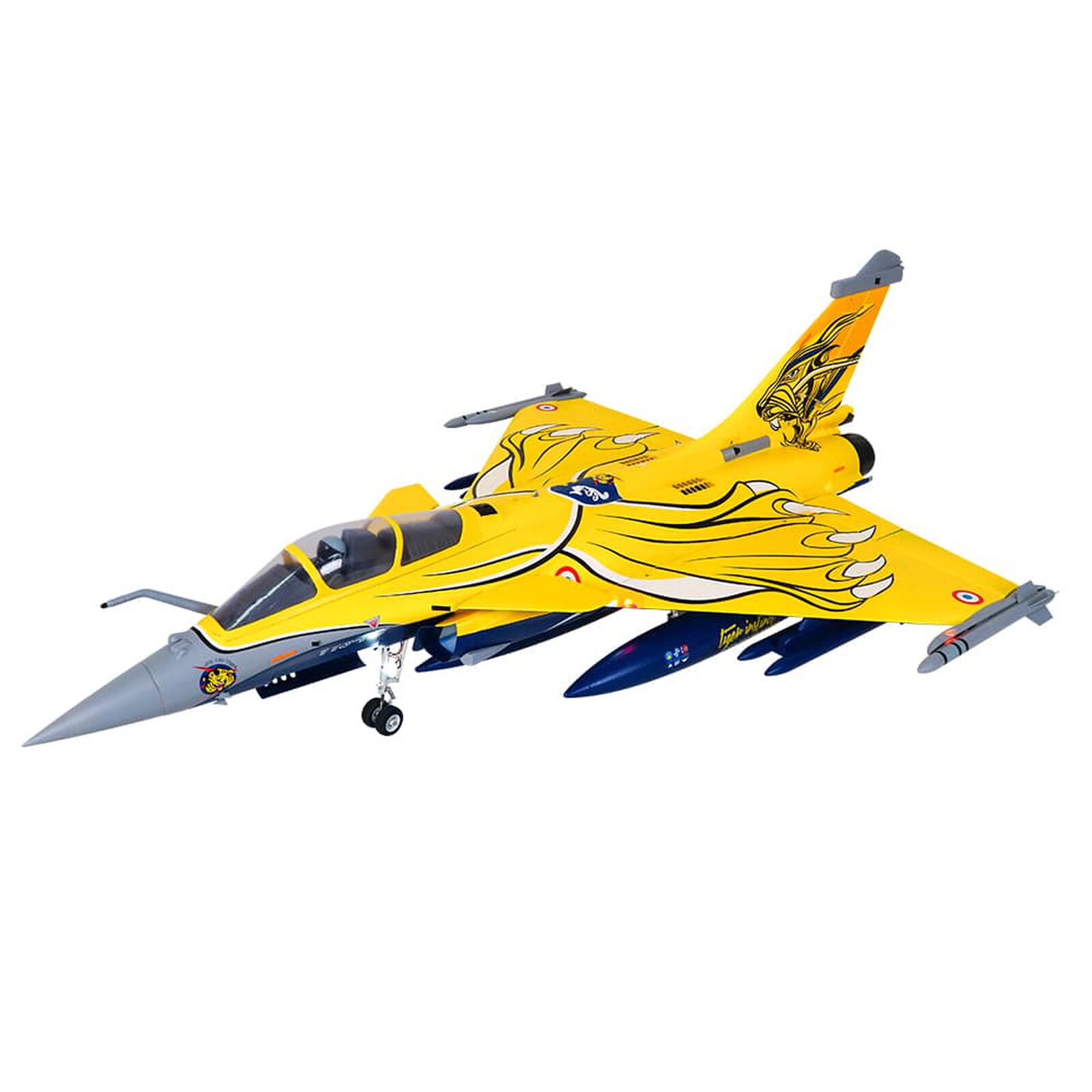 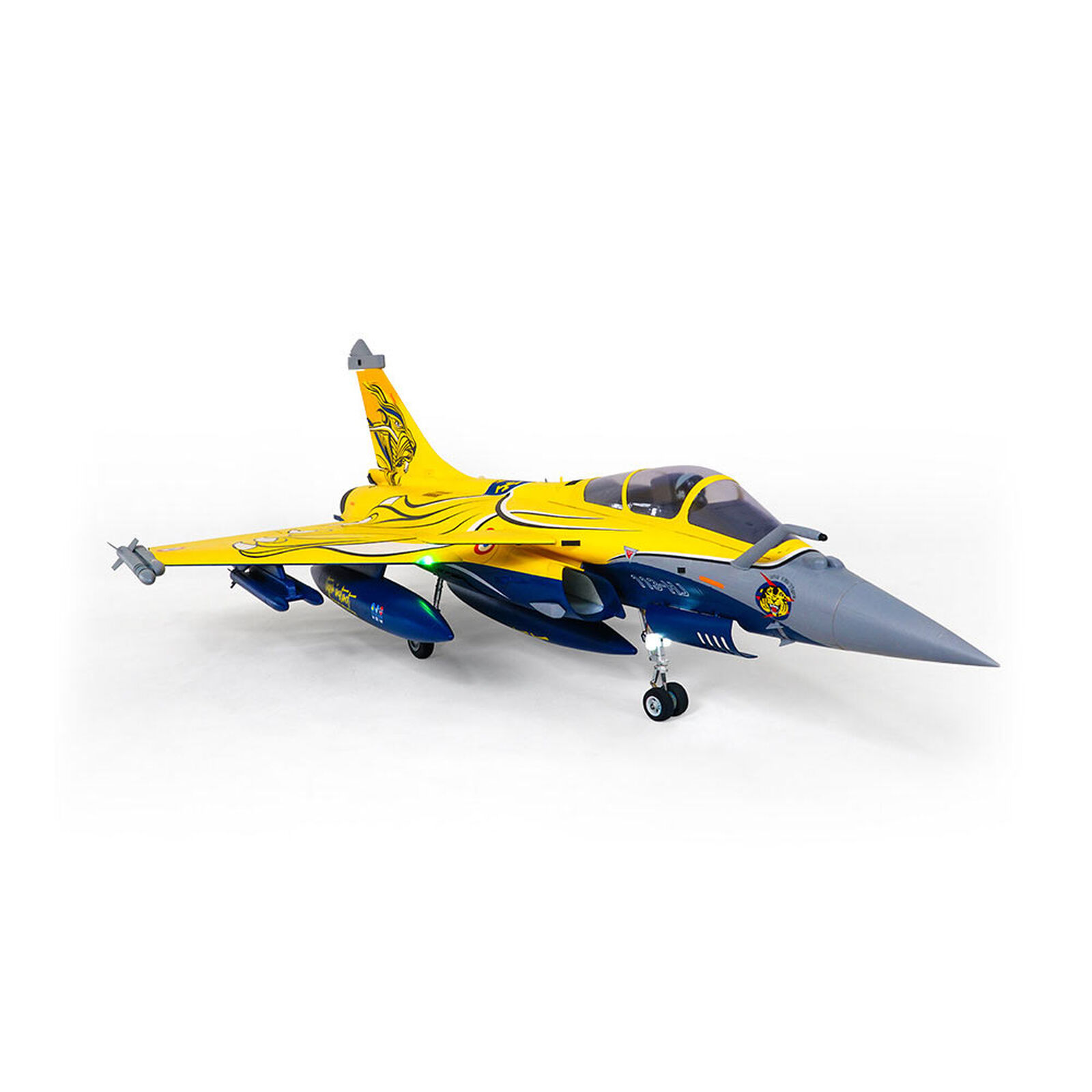 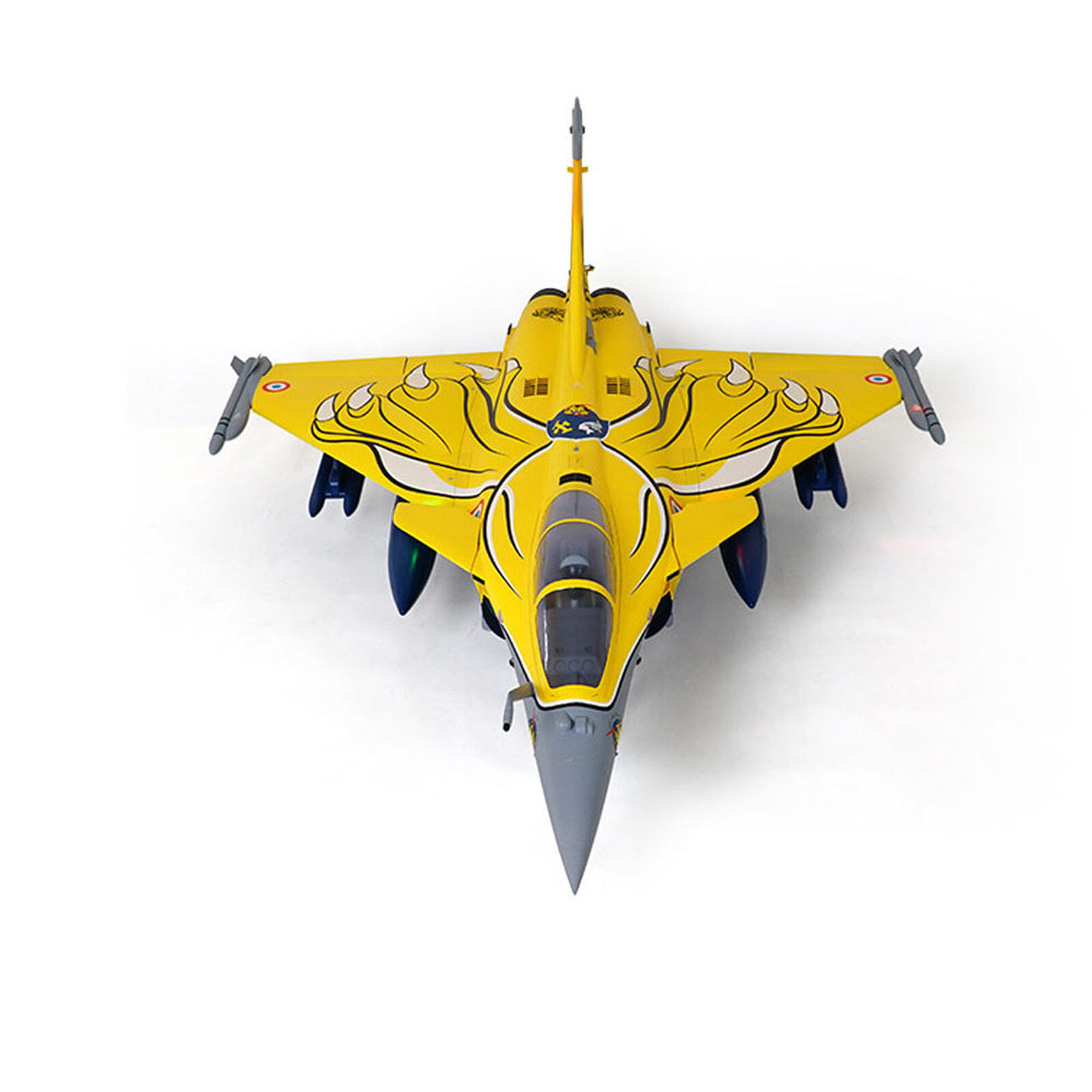 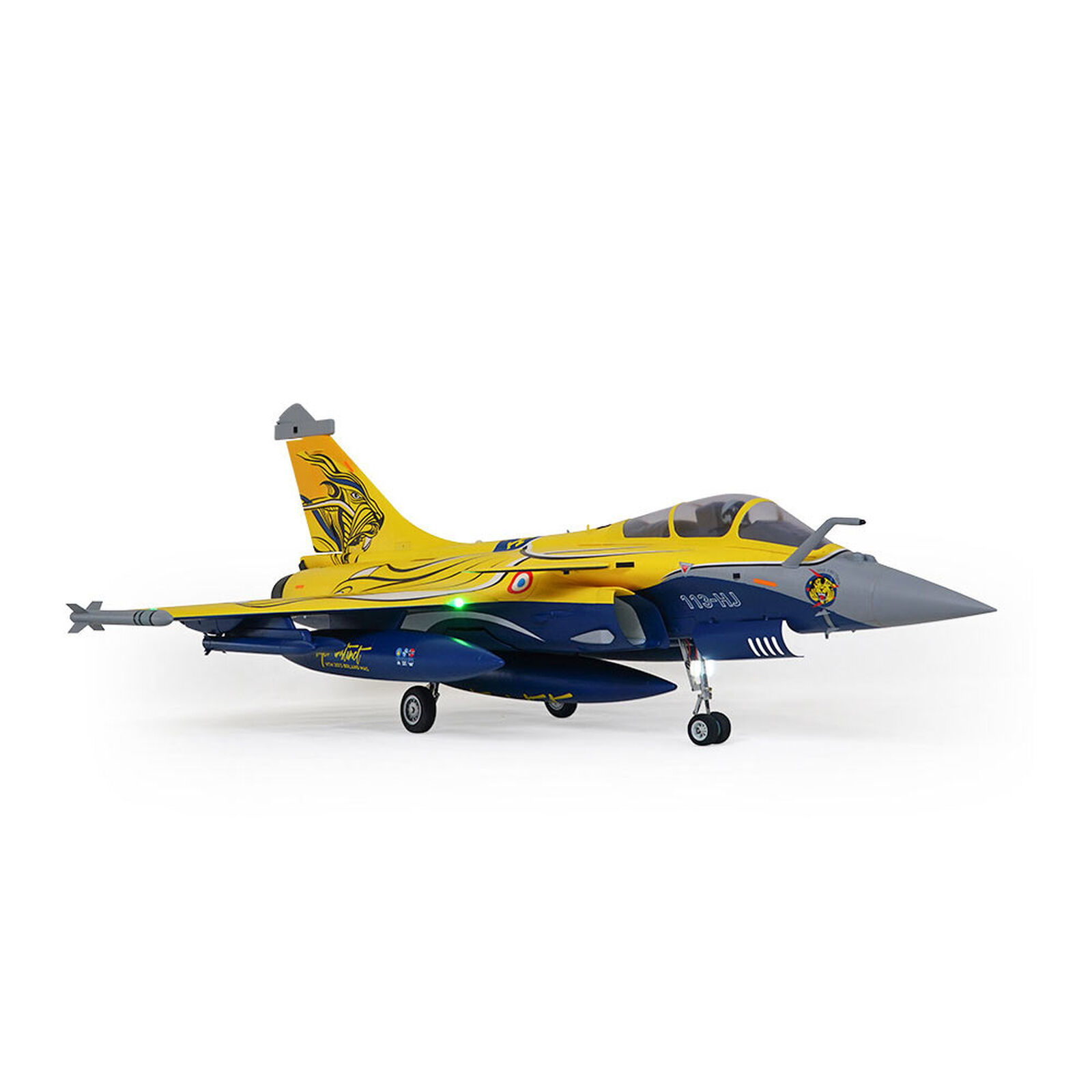 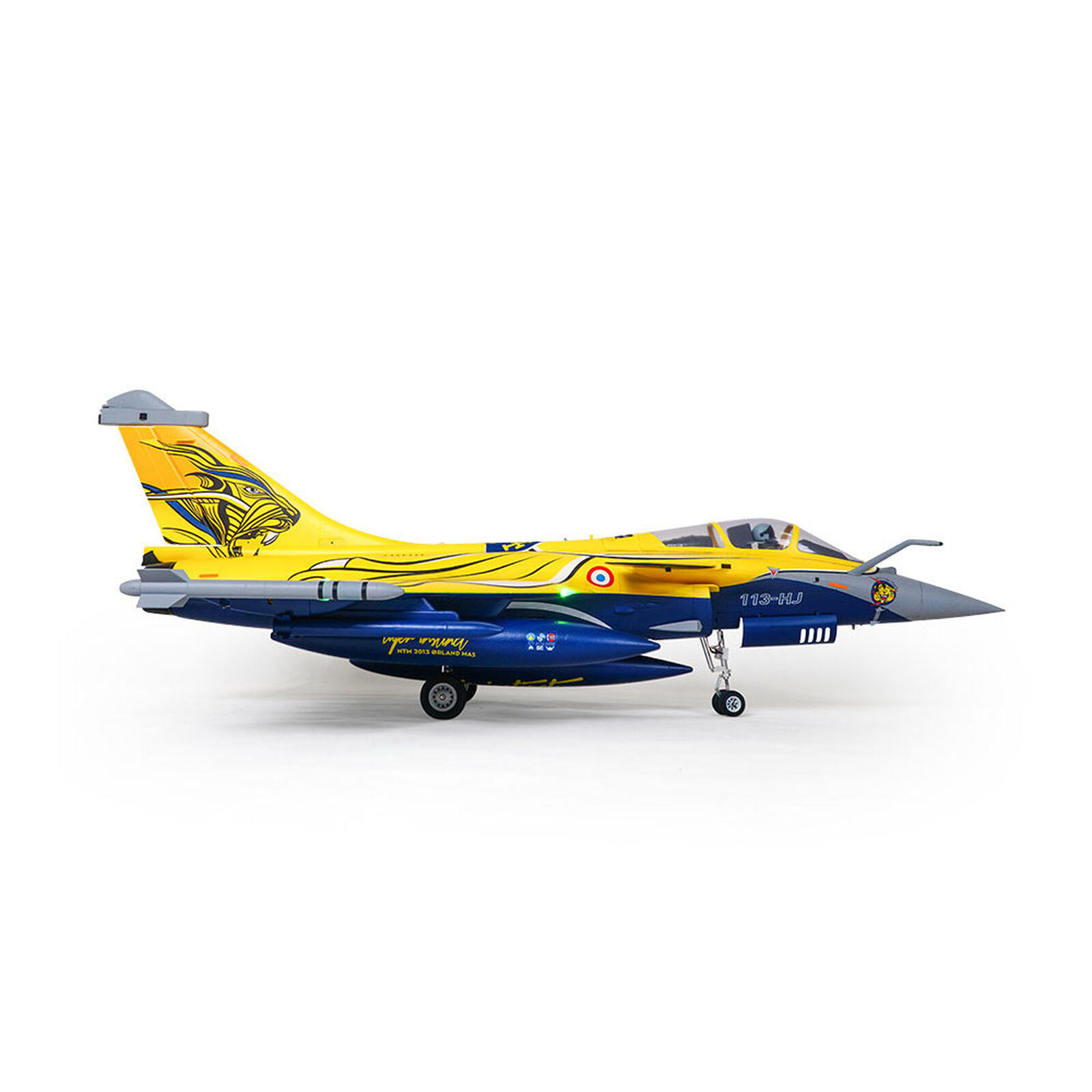 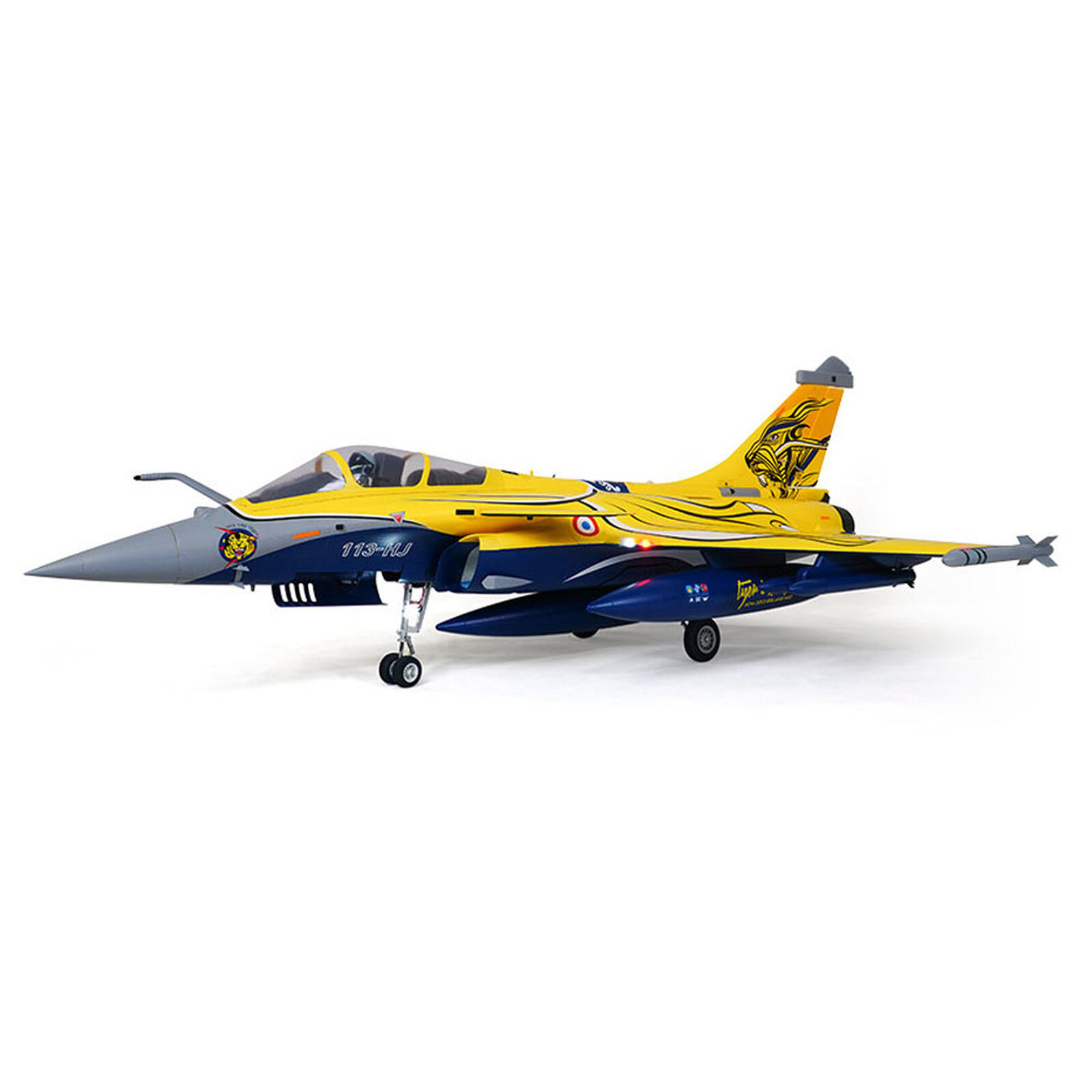 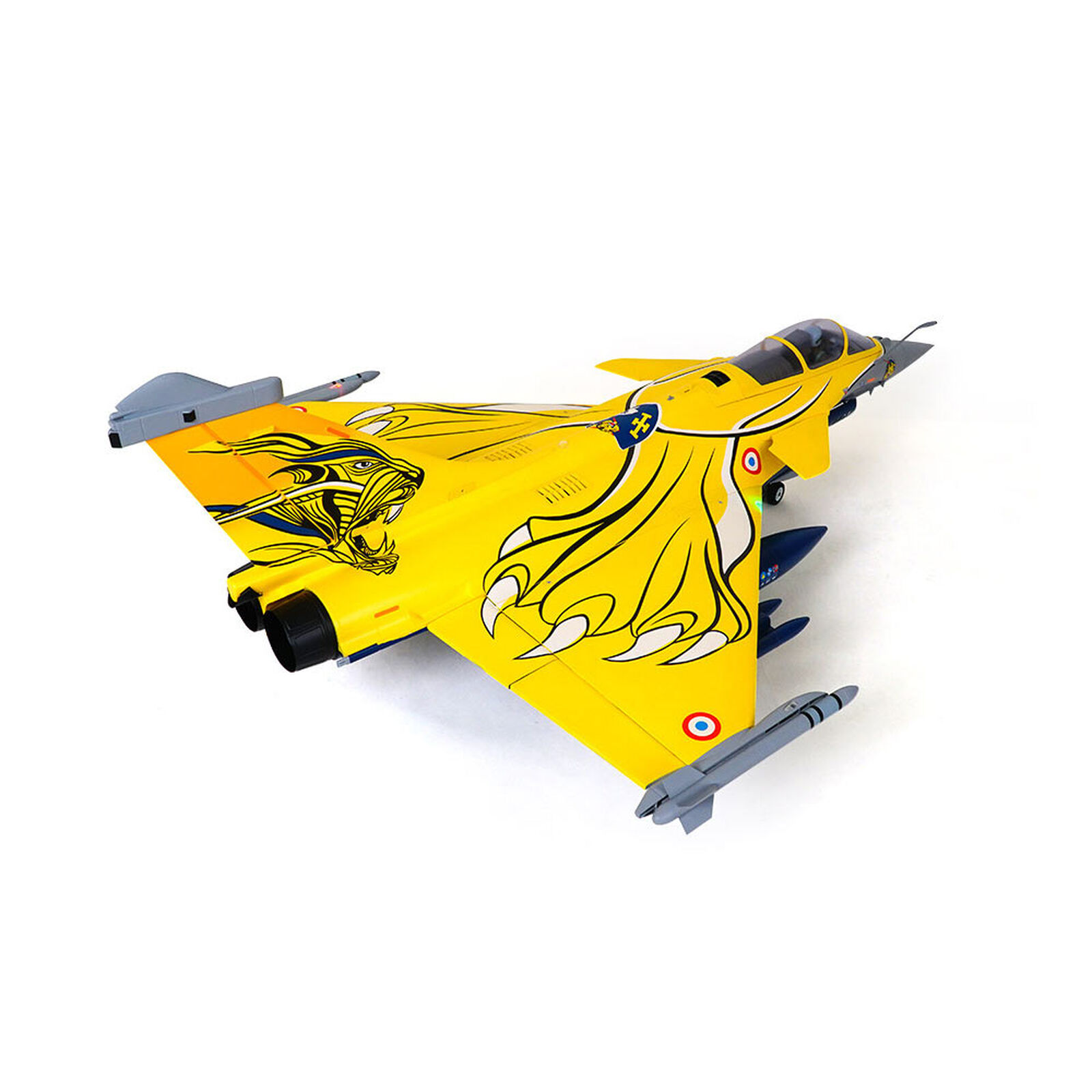 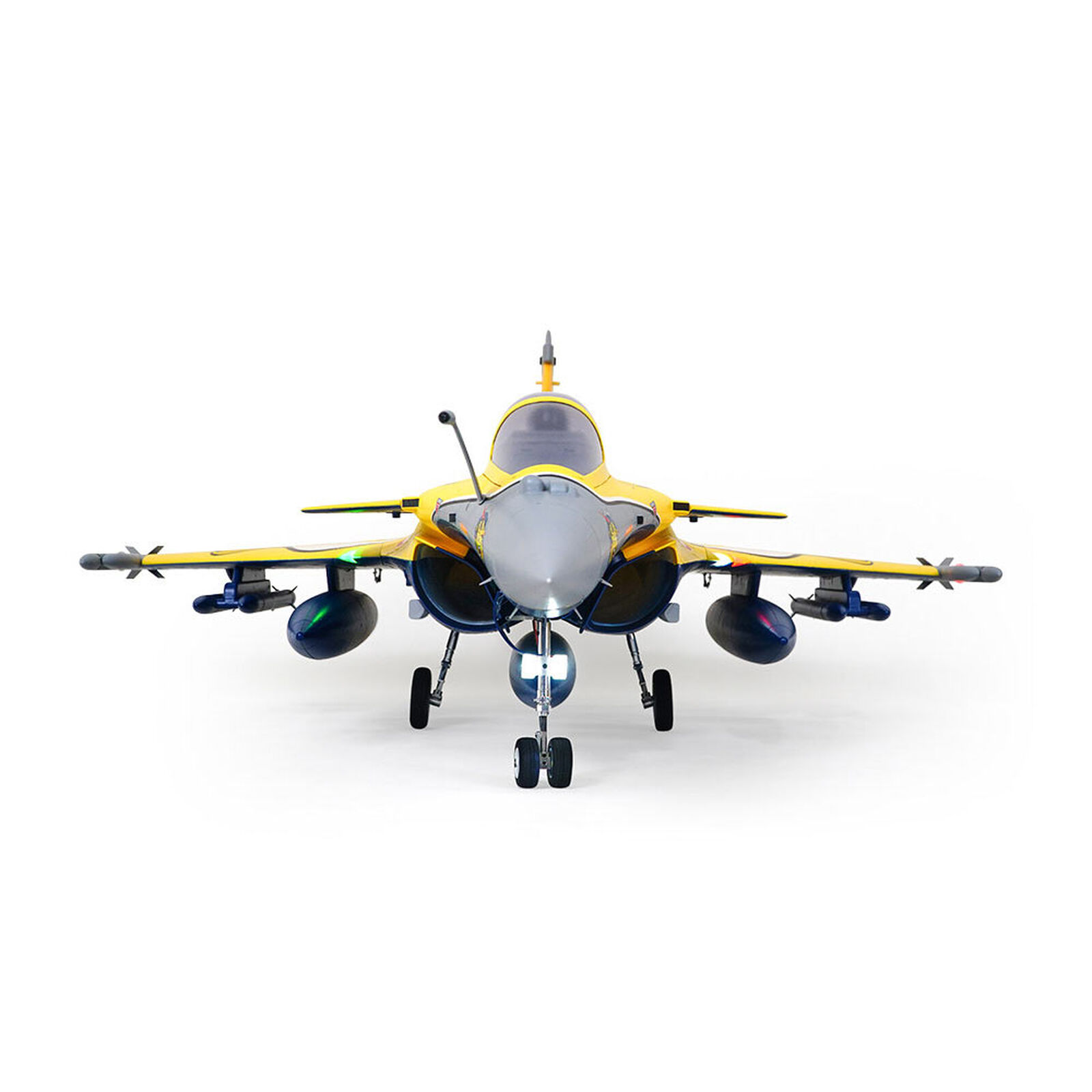 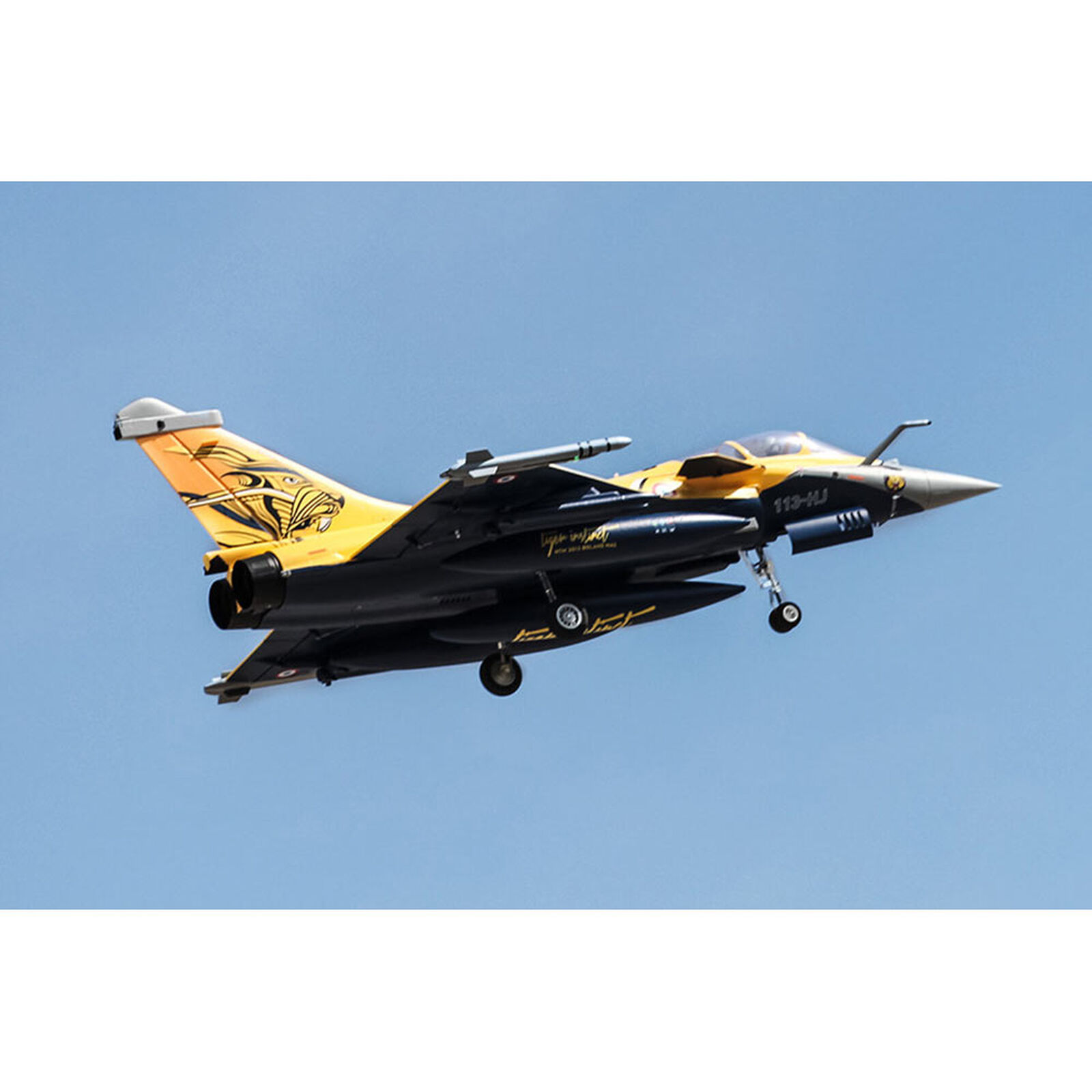 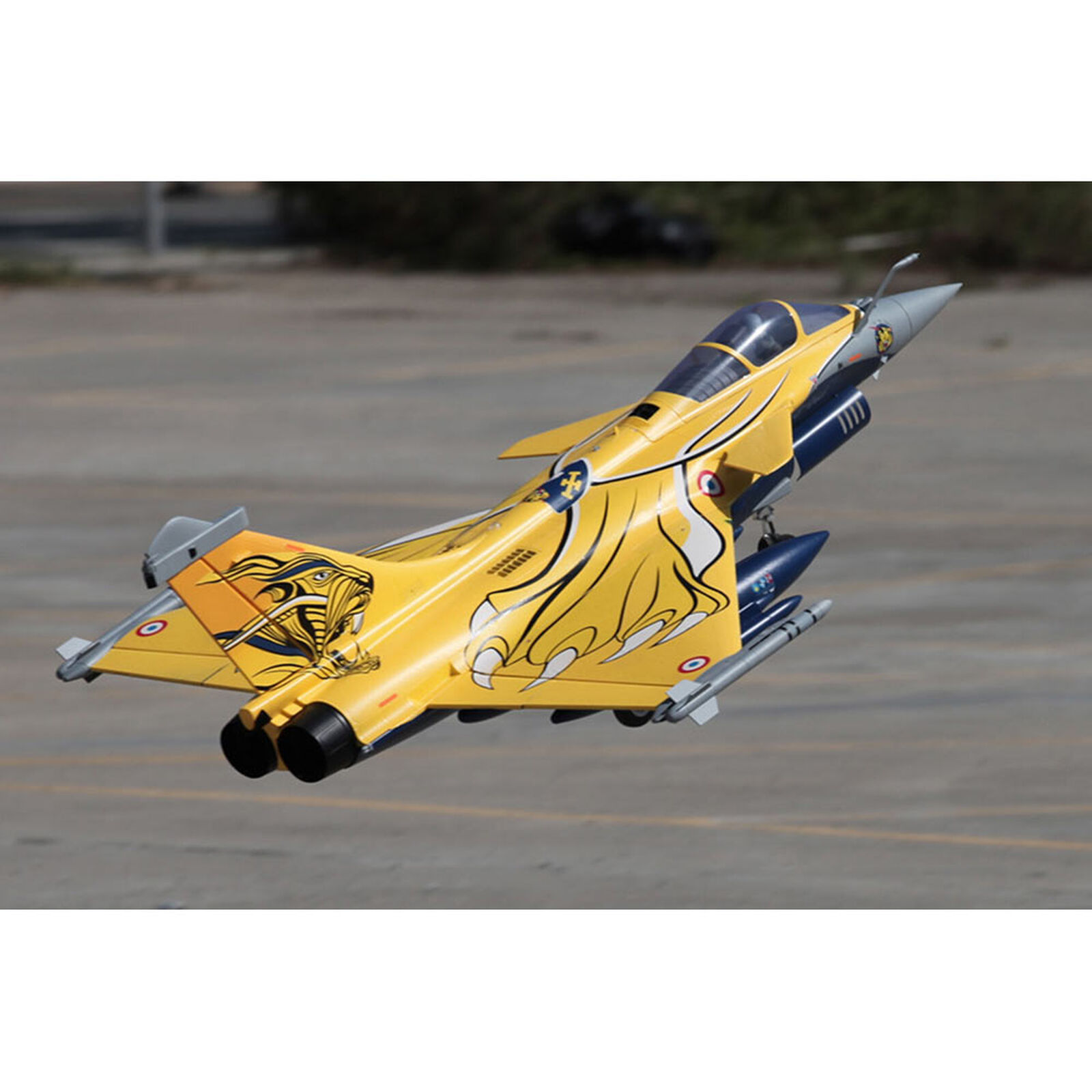 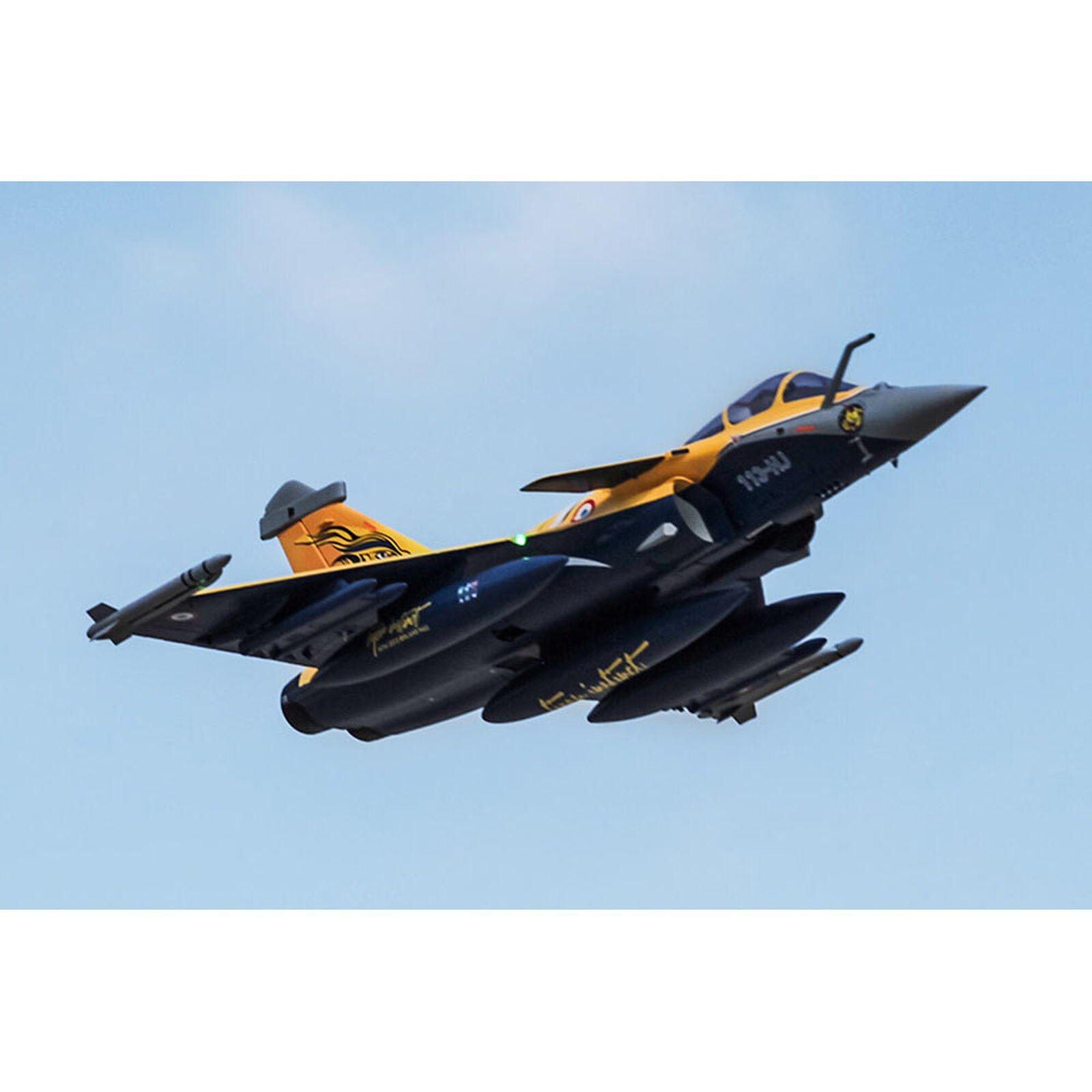 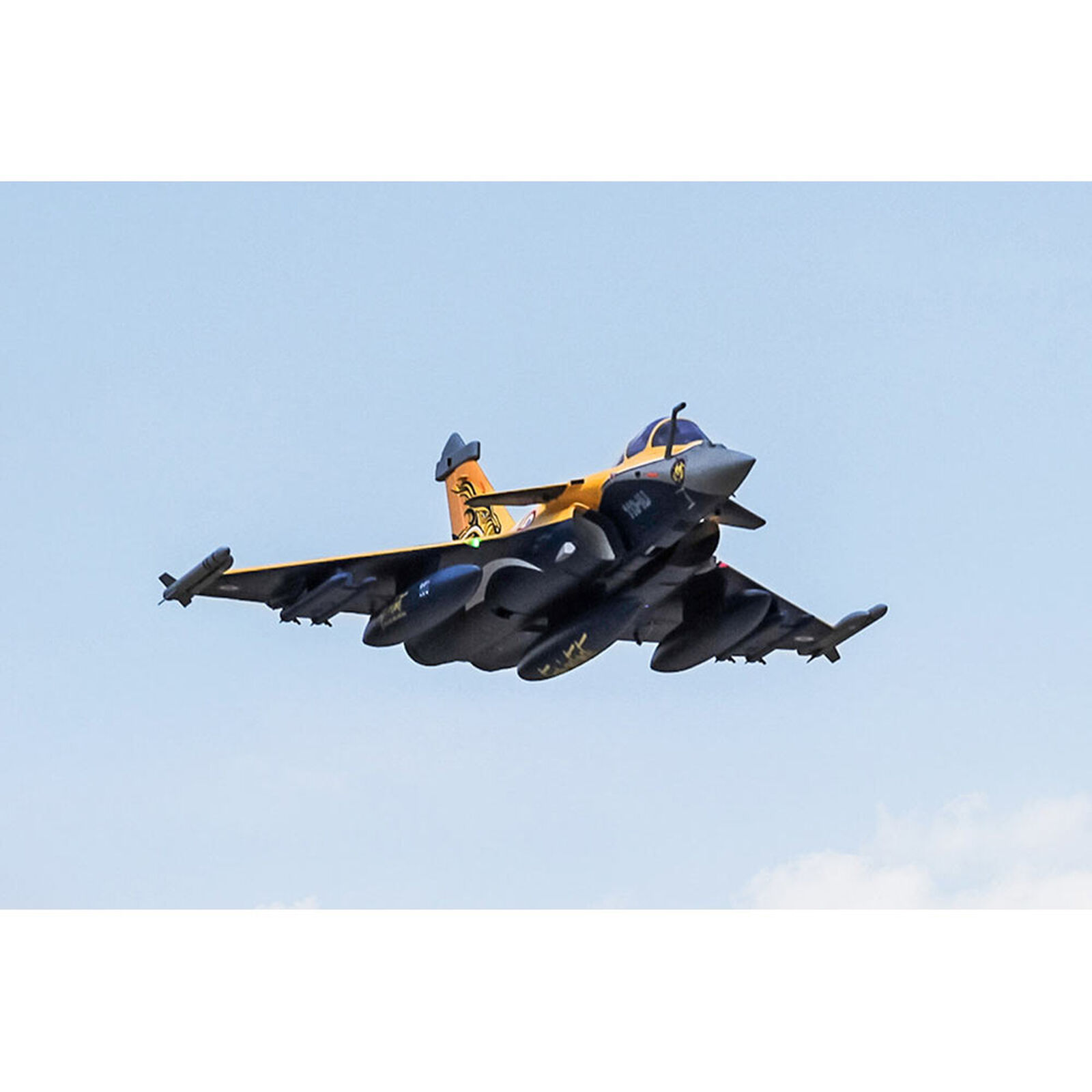 Designed by the French Dassault company, the Rafale is a highly maneuverable delta-winged fighter with a full-flying canard. The excellent dogfighting, carrier operations and air to surface attack performance of the Rafale has allowed it to gain worldwide sucess.

Like its full-scale counterpart, the FMS 80mm Rafale features an attractive trim scheme, excellent scale details and fully functional canards- allowing the aircraft to be truly unique when compared to other 80mm EDF aircraft on the market today. Developed to replicate both the looks and performance of the real aircraft, FMS has dedicated it's decades long experience into designing the 80mm Rafale. Details such as the pilot, cockpit interior, panels, removable armaments, auxiliary fuel tanks, refueling probe, targeting sensor etc; dynamic features such as functional LED navigation and landing lights, CNC shock-absorbing electric retracts, functional canards and flaps etc.

Like all other FMS aircraft, the 80mm Rafale was designed to reduce build time to a minimum. Utilising screws, latches and quick connectors, experienced builders can complete the build process in as little as 5 minutes.

Don't miss out on your chance to own one of the best looking modern fighters- the FMS 80mm Rafale!