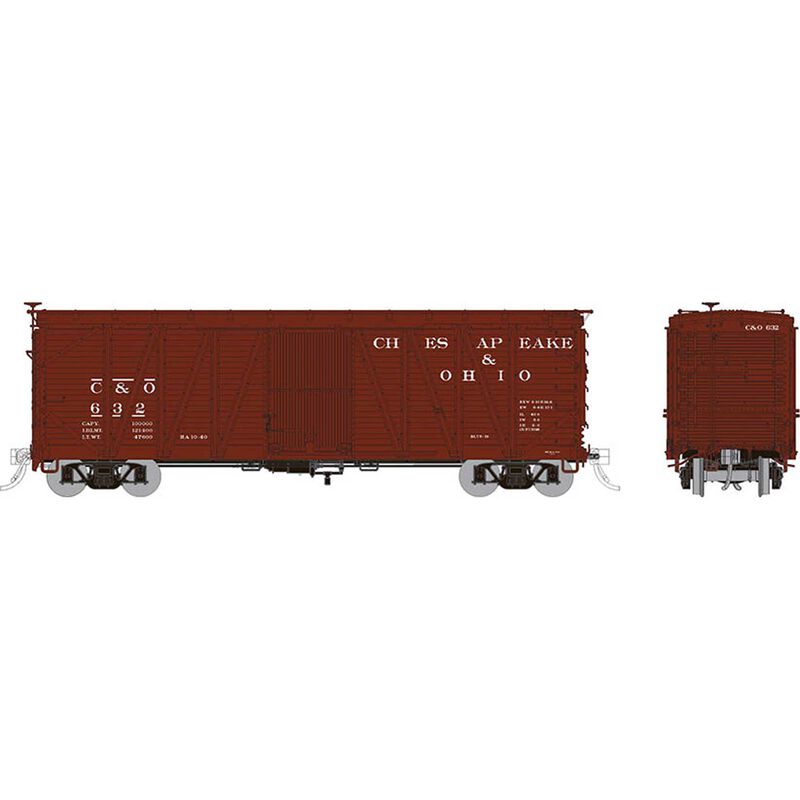 Share
The link to HO USRA Single-Sheathed Boxcar: C&O has been copied

During World War I the US railroads were struggling to keep up with wartime traffic, in part because of a shortage of serviceable freight cars. In an attempt to solve this problem, President Wilson nationalized the railroads under the United States Railway Administration, or USRA. One of the first tasks assigned to the USRA was to develop common designs for new freight cars. Among these was a 40’ single-sheathed wood boxcar with a steel underframe.

Starting in 1918, 25,000 copies of the single-sheathed boxcar were built. Originally delivered to 22 railroads throughout the country, the cars were well received. Many cars continued in regular service in their original form well into the 1950s. Delivered with KC brake systems, many were updated to AB brake systems prior to 1953.

The USRA single-sheathed cars formed significant parts of many railroad’s fleets. The New York Central System had 2,500 cars, the Milwaukee Road had 3,000 copies and the Pennsylvania had over 9,700 cars. The PRR’s cars were delivered with wooden doors, but many later received either Youngstown corrugated or Creco panel doors. The Pennsy’s cars were some of the longest-living with a dozen cars still listed for interchange in 1968!

Rapido’s new model of the USRA single-sheathed boxcar features an all-new body with correct steel underframe and correct free-standing details. Models will be equipped with either KC or AB brakes as appropriate. Wood, Youngstown corrugated and Creco panel doors will be available as appropriate.