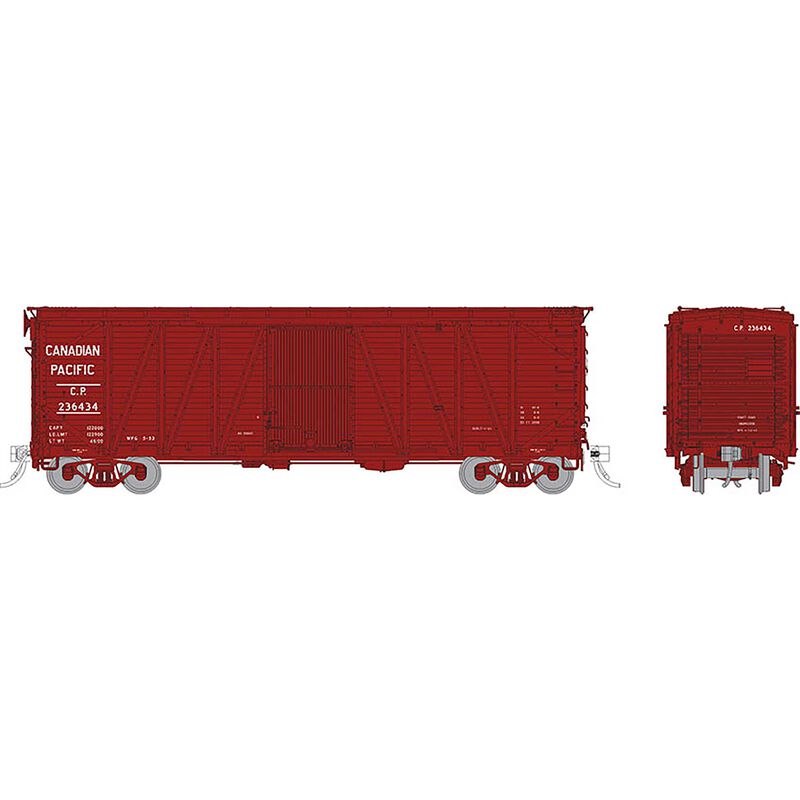 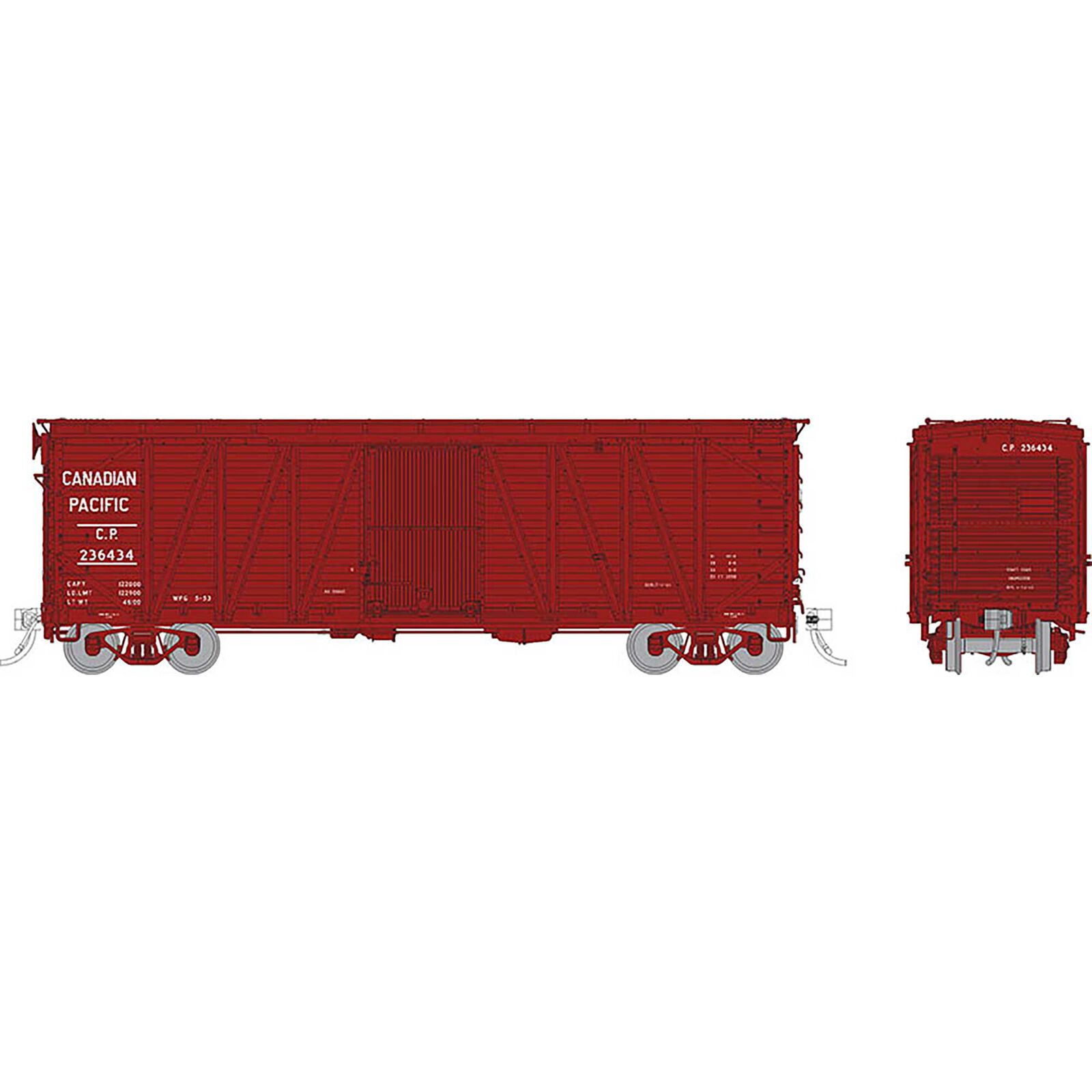 In 1920 and 1921 the Canadian Pacific bought 3,500 40’ boxcars closely based on the standard USRA design. The CP cars utilized a 7-8 Murphy Corrugated end which differentiated them from the USRA design. Another distinguishing feature were the siding clamps located along the base of each side.

The CP cars were originally built with grain hoppers in the floor, but these were removed when the cars were rebuilt in the 1930s. During this rebuilding the CP’s cars also received Ajax power hand brakes. For a car built in the 1920s, amazing many of these cars remained in service quite late. Nearly 2,500 were still in service in 1960, and a few lasted as late as 1983! Many cars were also converted for work train service.