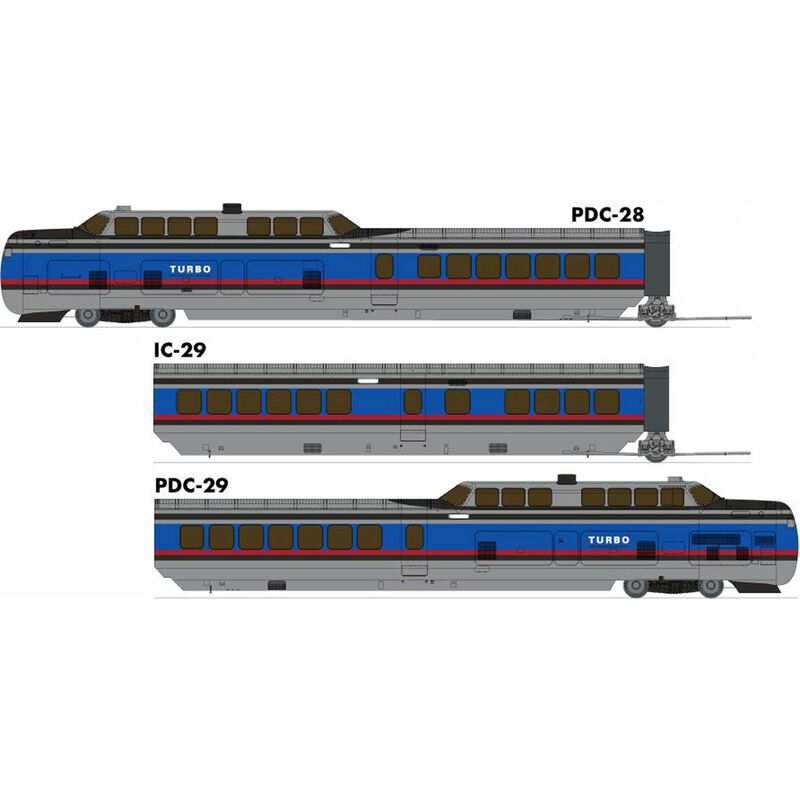 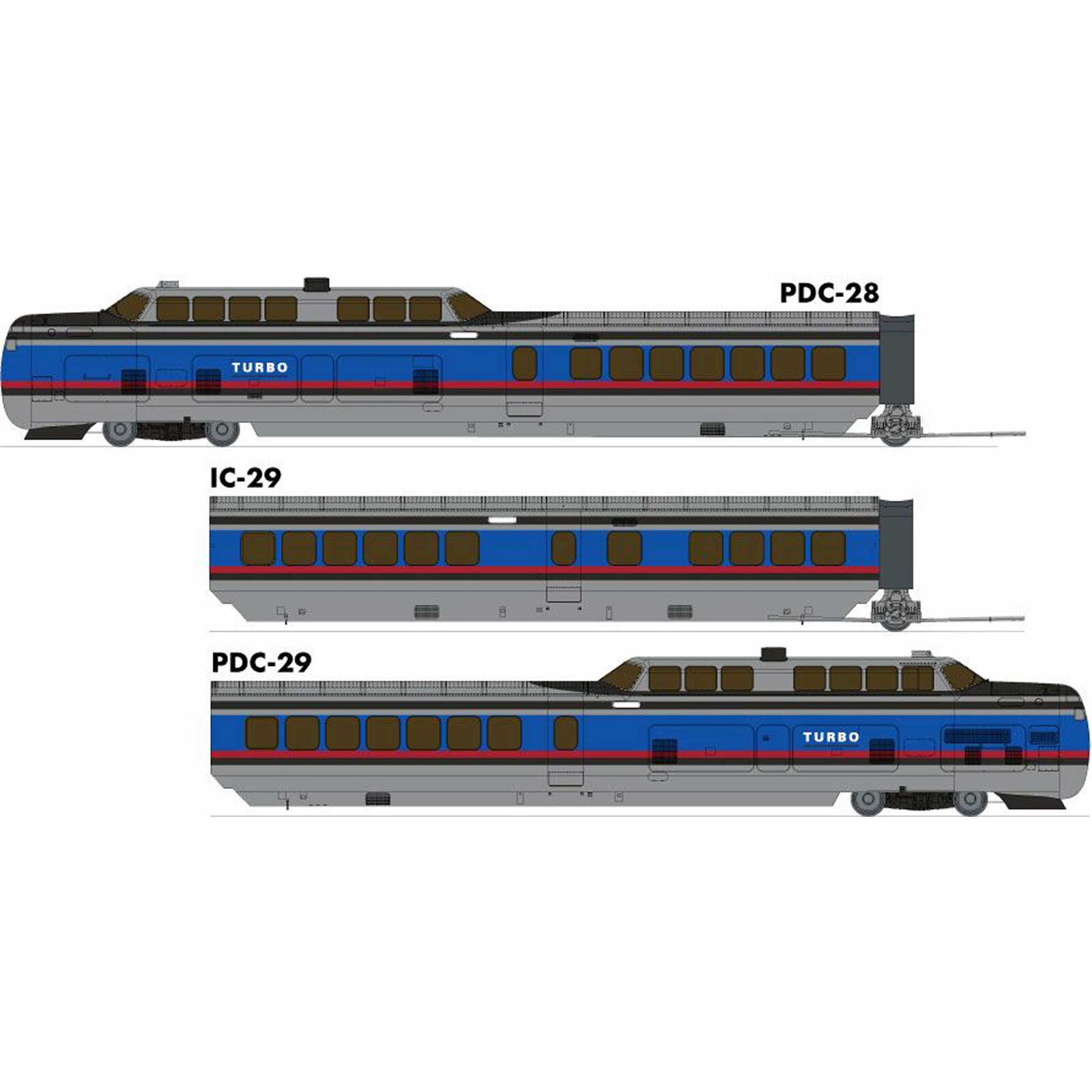 On December 20, 1967 the United Aircraft TurboTrain rocketed to an amazing 170.8 MPH on the Pennsylvania Railroad in New Jersey. To this date, this is still the fastest speed ever achieved by a production train in the United States or Canada.

On April 22, 1976 a Canadian National TurboTrain reached a speed of 140.6 MPH between Montreal and Toronto. This is still the Canadian speed record.

Rapido founder Jason Shron had wanted a model of the TurboTrain since he was four years old. He started Rapido back in 2004 so he could one day own an HO scale model of this train.

It was Rapido’s first powered model in 2008, and while it looked wonderful, its operational problems reflected the inexperience of Jason and his small team.

In 2022, Rapido Trains Inc. is delighted to announce Turbo 2.0. Finally, TurboTrain fans around the world can enjoy a model of their favorite train that runs and sounds as well as it looks. Rapido is also tooling the one car they could not afford to tool back in 2008: IC-34, the Canadian Turbo coach with additional luggage space.