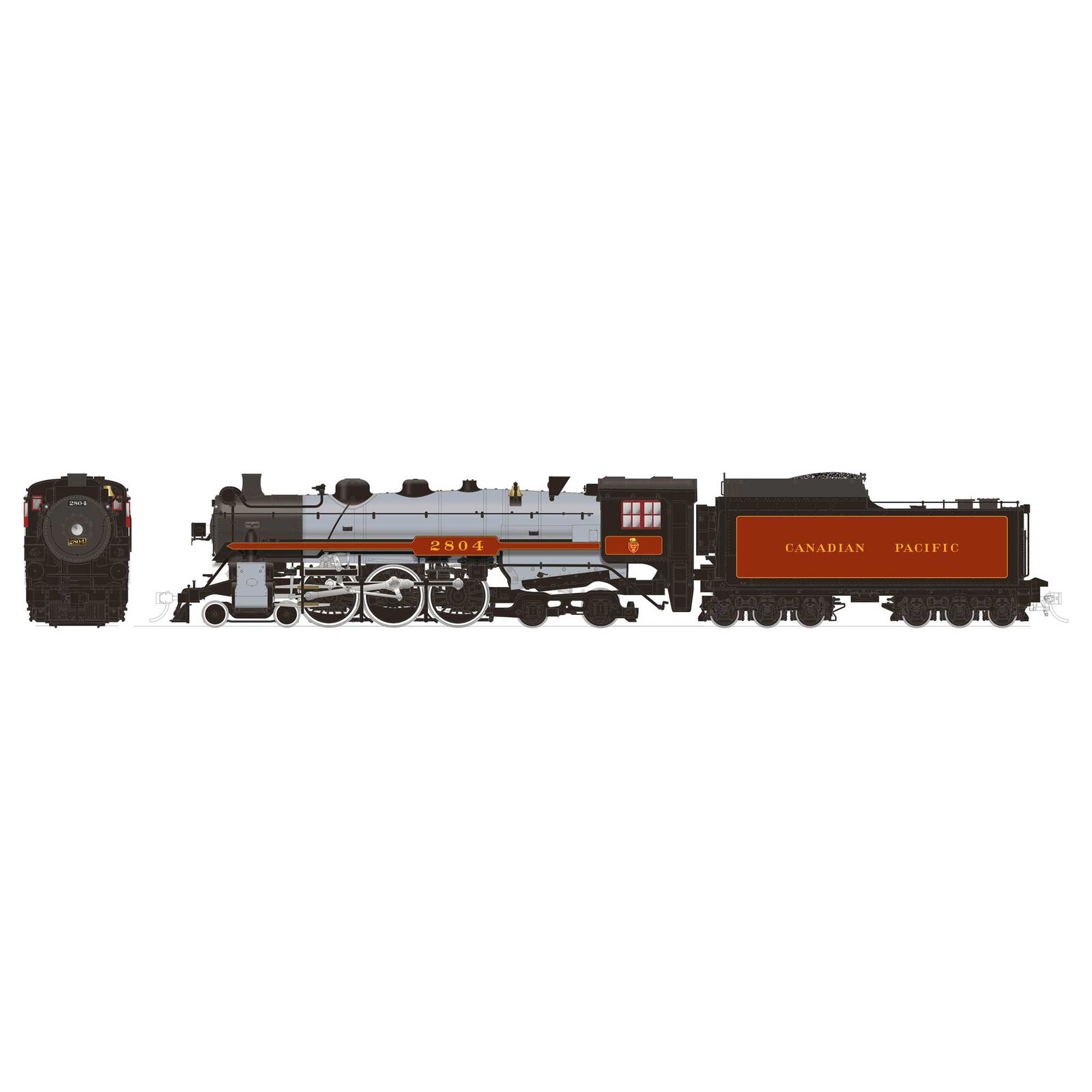 Designed by Chief of Motive Power & Rolling Stock Henry Blane Bowen, Canadian Pacific's H1a and H1b class 4-6-4 Hudson locos were state-of-the-art steam power when delivered. A total of twenty locos were delivered in two batches of ten each. The first batch, numbers #2800-2809, were delivered in 1929 and classified H1a. The second ten, numbers #2810-2819, were delivered in 1930 and were classified H1b. These locomotives were used on mainline passenger trains across the CP's system. So success full were they that CP used their design as the basis for its "Royal Hudsons" seven years later, which were designated as class H1c through H1d. Both classes survived intact until the end of steam, with the first retirements not coming until 1957.

Rapido's H1a/b HO scale models are based on their hugely successful Royal Hudson. Rapido is offering several different detail variations which allow you to model these locos at any point throughout their service life, including the preserved #2816.