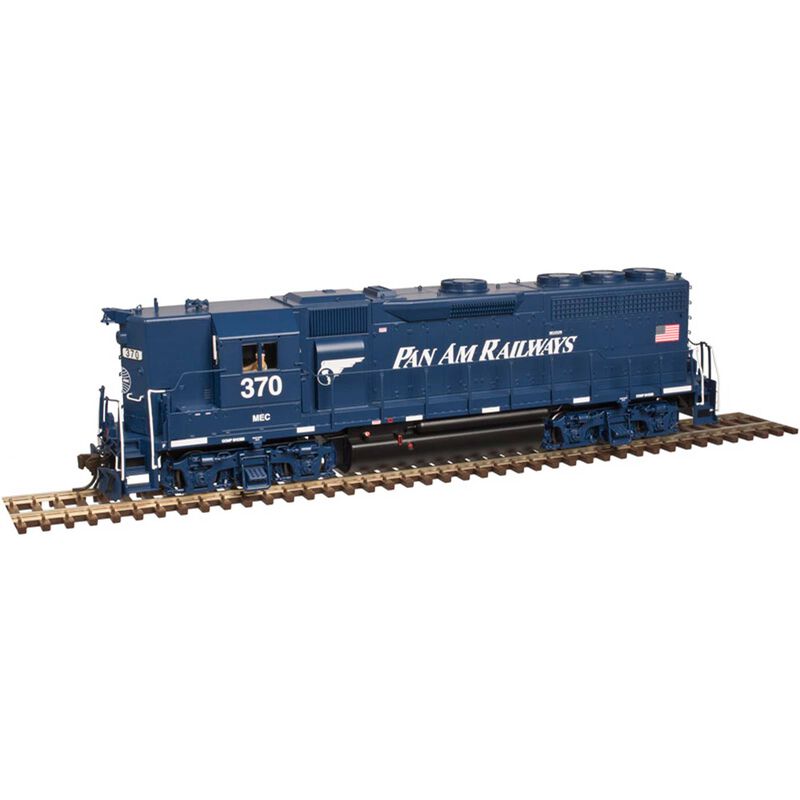 Share
The link to HO GP40-2 Phase II, Undecorated has been copied
Email when back in stock

The GP40-2 was EMD’s follow-up to the very successful GP40 locomotive model. While many internal upgrades were introduced (such as the use of improved, modular Dash 2 electrical components), there were some external differences between the early production GP40-2 and late-production GP40. This included an engine water-level sight glass on the right side of the body (a feature common to all EMD Dash 2 models), a larger electrical cabinet air filter box, a lengthened battery compartment on the left side, and a slightly modified cab.

All GP40-2s featured a 16-cylinder EMD 645-series diesel engine which was rated at 3,000 horsepower. Early to mid-production phase 2 GP40-2s were built from mid-1976 through late-1979. Several major spotting features of Phase 2 units include: an 88” low nose, corrugated radiator grilles and notched step wells.