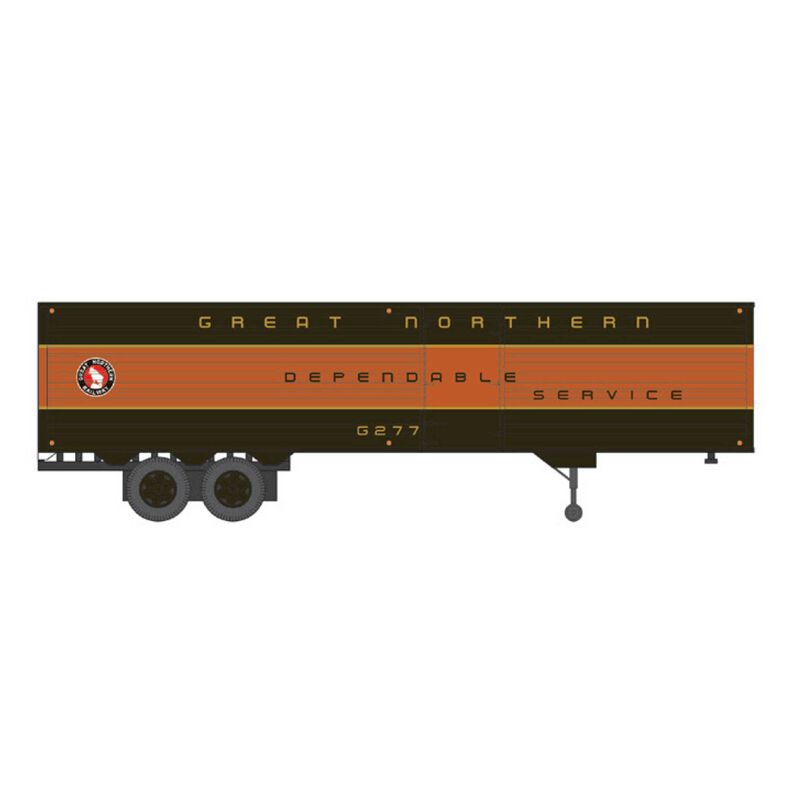 Share
The link to HO 40' Fruehauf Fluted-Side Volume Van Trailer, GN #3 has been copied
Email when back in stock

A transport revolution started in the 1950s – the advent of the piggyback trailer. No longer was it necessary to transfer loads to and from freight cars to local trucks for shipment or delivery. Instead, the entire loaded trailer could be driven from a loading dock to a freight yard, loaded on a train, then delivered to its final destination.

The Pennsylvania Railroad’s “TrucTrain” was a pioneer in this area, but many other railroads offered their own services. The Trailer Train Company (TTX) was formed in 1955 and quickly became the major player in TOFC (Trailer On Flat Car) operations. Its cars run on railroads throughout North America.

Following on the introduction of our PRR and TTX F30D/G flat cars, Rapido is pleased to announce three groups of trailers that perfectly accompany our flat – or anybody else’s! These three body styles have not been available in HO plastic models before and cover the time period from the mid-1950s through the 1970s.

For the 1955-60s era, we offer the 35’ Fruehauf Integral-Post Volume Van with ribbed sides and rounded corners. These trailers will also be available with or without curb-side loading doors.

All of these trailers will be available in a variety of prototypical paint schemes for both railroads and private trucking companies. All schemes will be offered in three individual numbers.