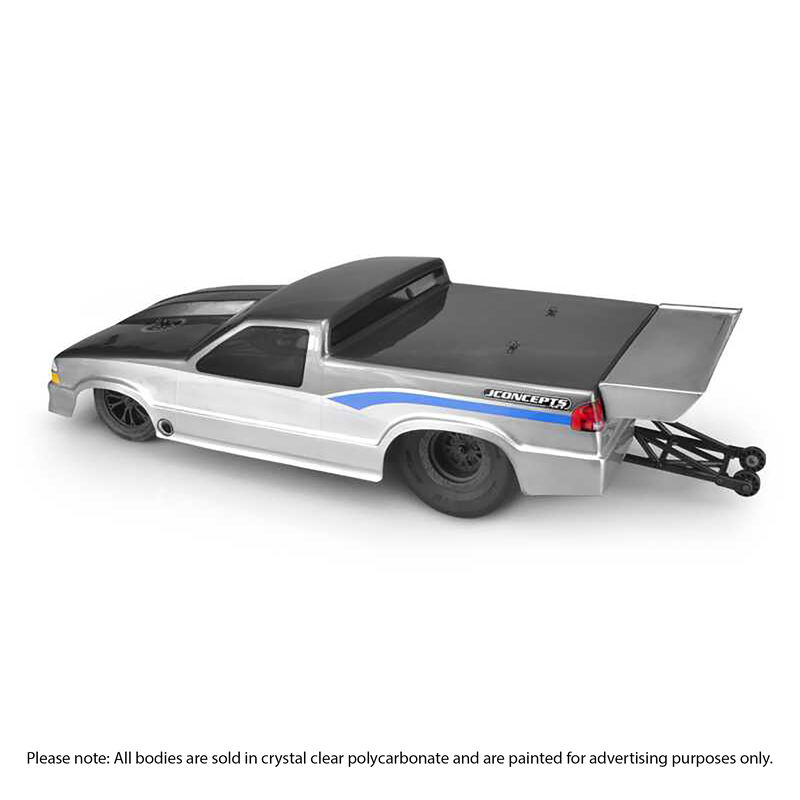 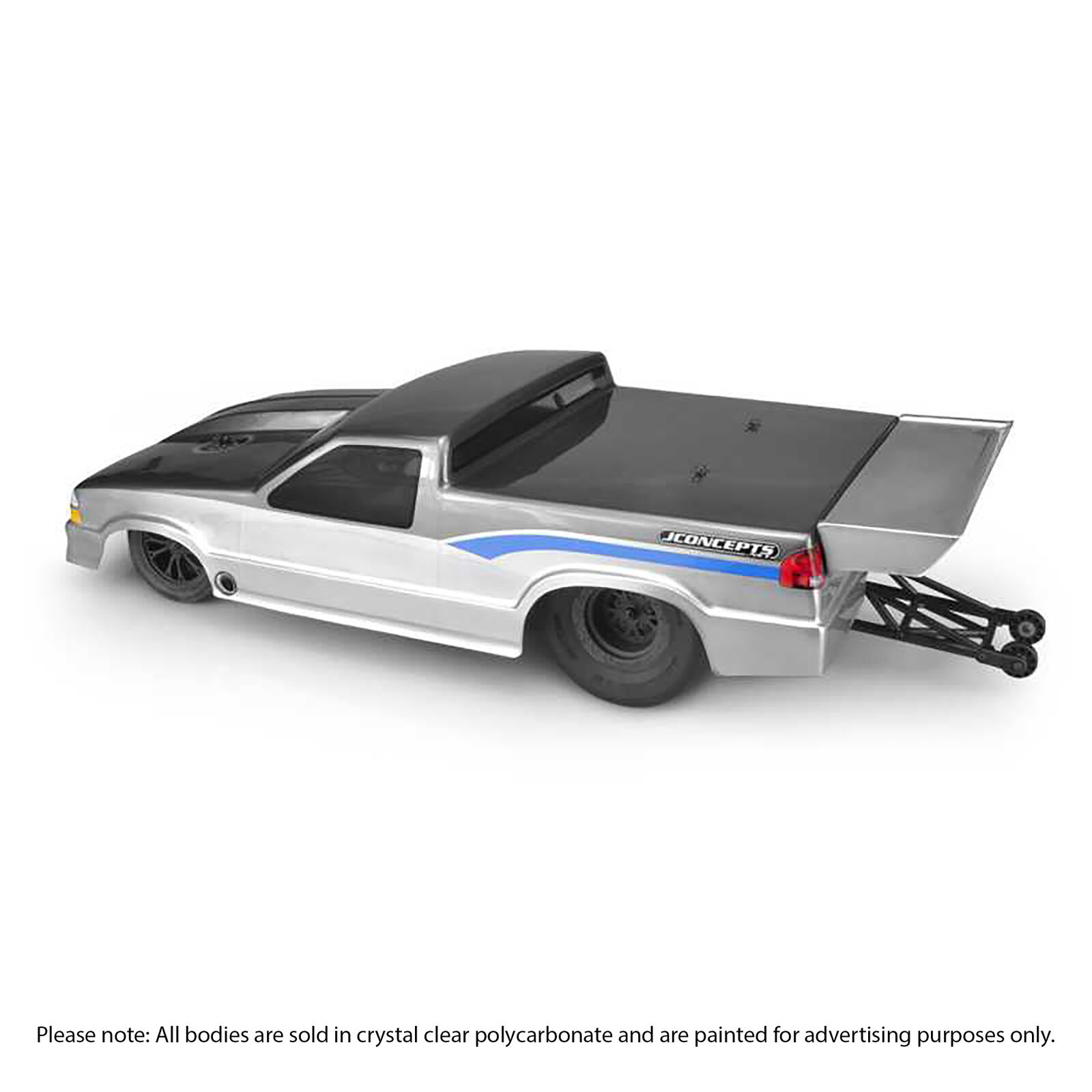 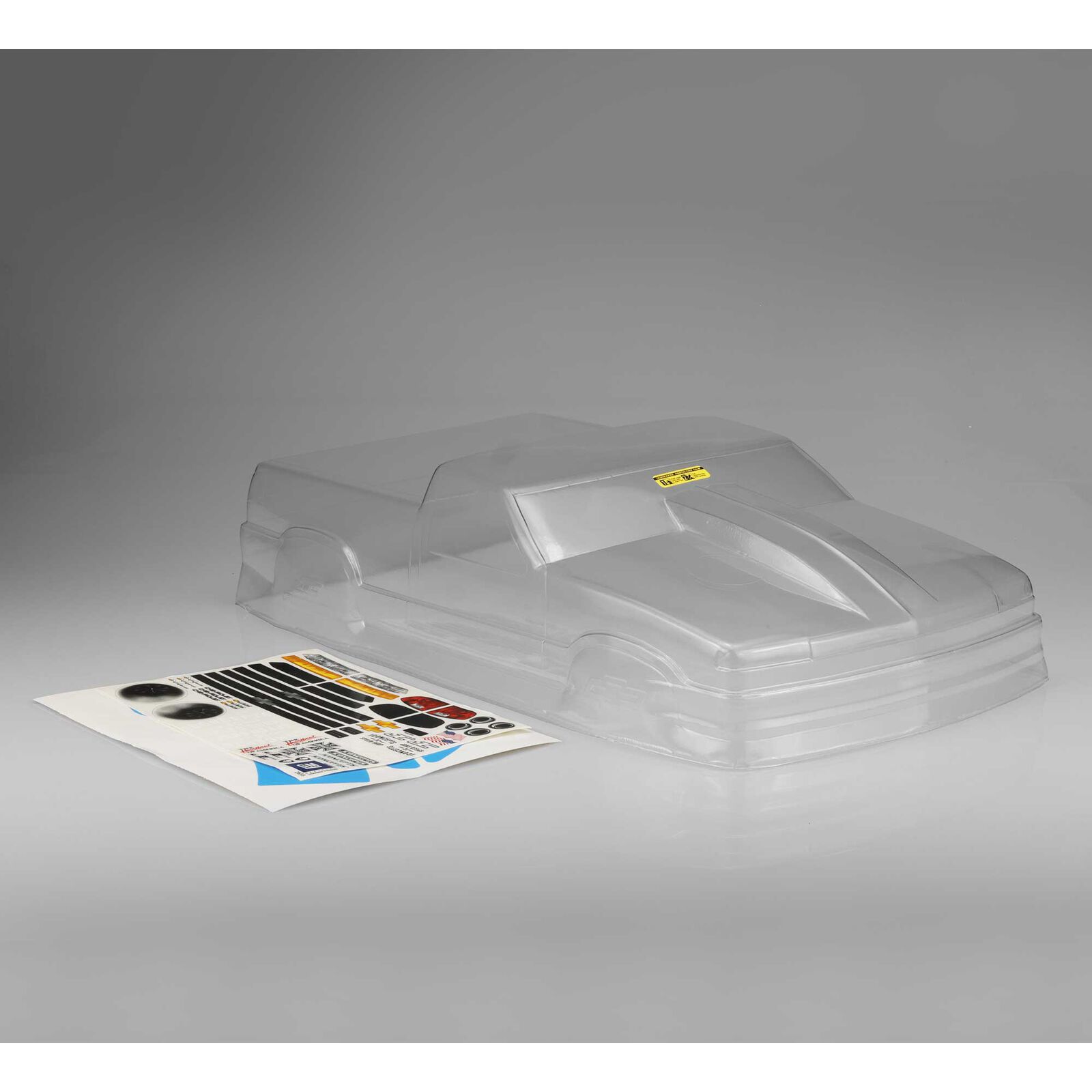 The 2002 S-10 mimicked the larger Chevy pickups during this time with the horizontal bar grille and nicely rounded contours. It looks like a truck, no tricks, no gimmicks, just sincere serviceability and drive. At JConcepts, we had a project in mind, combining the versatility of a mid-sized truck and an all-out drag racing machine for Street Eliminator fanatics and speed-run drivers.

The front-end of the truck designed itself with a lot of carry-over features from the Chevrolet brand which is embodied in the included decal sheet. The hood and cab have been lowered to provide minimal drag to the truck and lends itself to the trucks overall squatty appearance. The bed area has been flattened and raised to provide a lot of clearance and another low-drag feature built into the shell.

JConcepts has included a heavy hood-scoop touching off against the windshield and rounding into the front-end until tangency hits. The 13” wheelbase is positioned allowing flexibility on a variety of chassis builds including custom and Team Associated’s new DR10 vehicle. Fender flares are built into the rocker panel just as the scale S-10 and just open and flare enough to house drag racing tires such as the JConcepts Hotties.

Included in each body set, a 2002 Chevy S-10 decal sheet, rear wing option including lower support and upper wing spoiler and the paint mask for all windows. As always, each body set is backed with JConcepts customer support and racing heritage.

Notes from the team

The Chevy S-10 measures a 13.00" wheelbase and the inside dimensions of the body are 11.75" wide front and 12.00" rear. The body is built for a 2wd SCT wheelbase length and narrowed to more resemble the original 1:1 counterpart. It's helpful to plan your build, take measurements and modify your platform to fit inside the boundaries of the Chevy body.

Chevrolet and nameplates are registered trademarks owned and licensed by Chevrolet. Manufactured by JConcepts, Inc