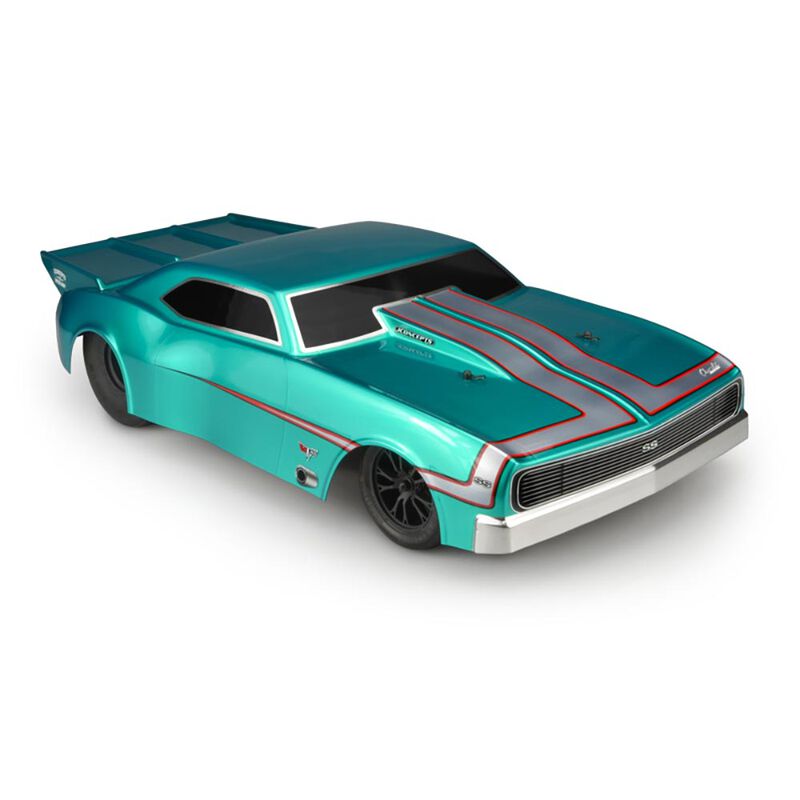 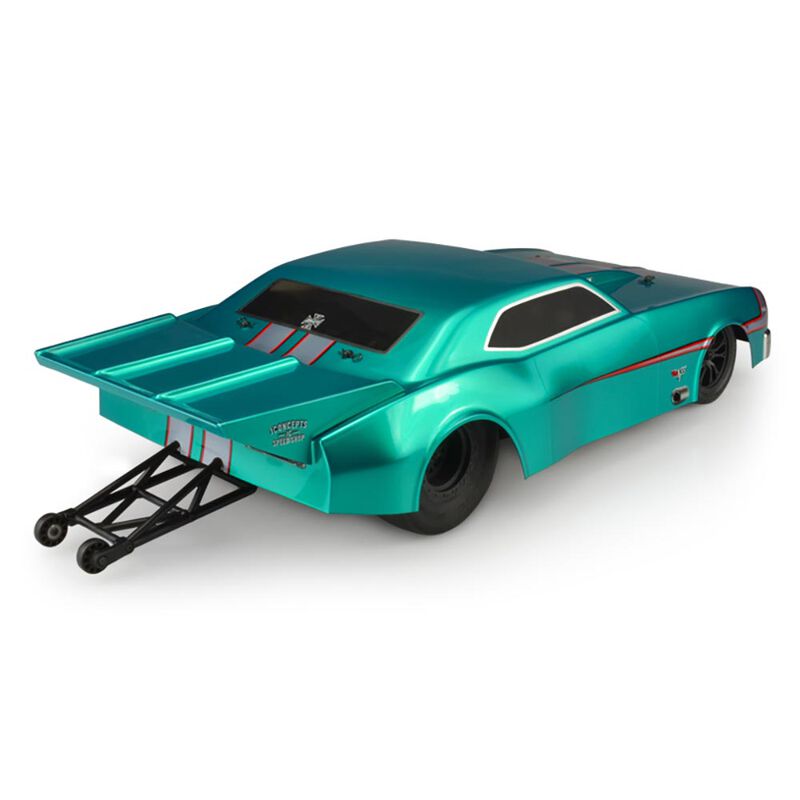 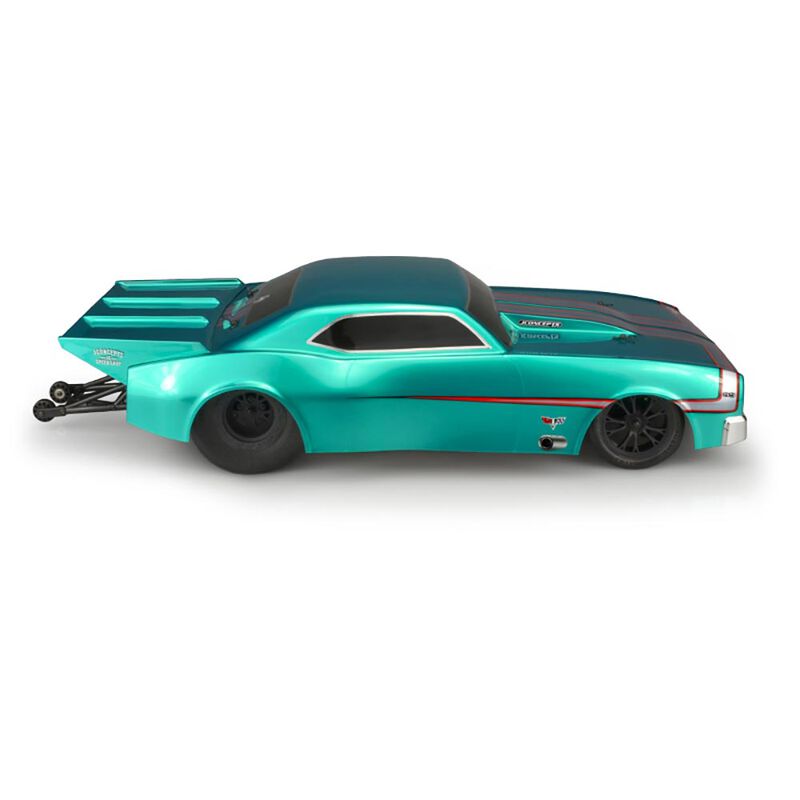 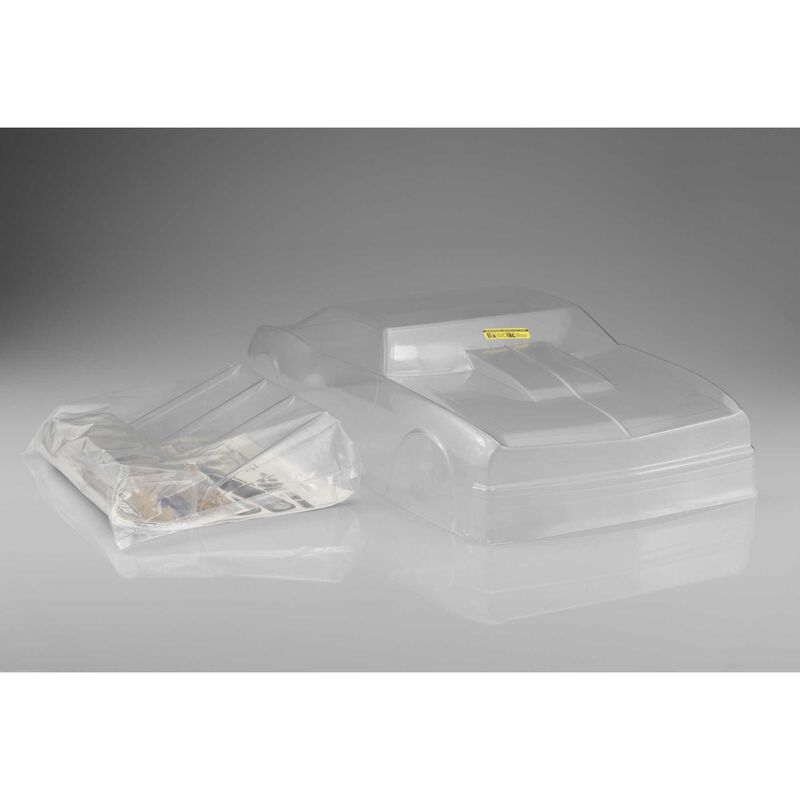 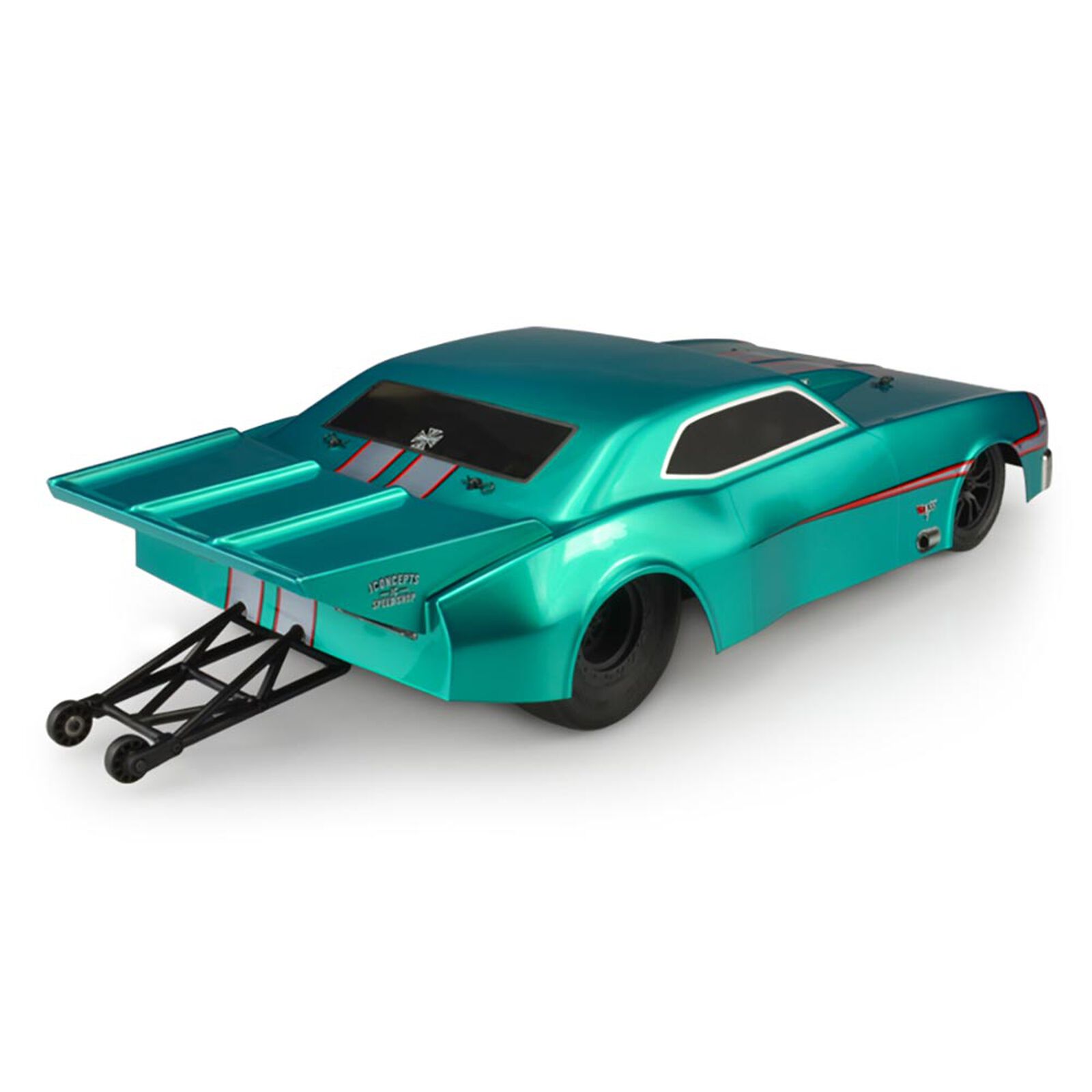 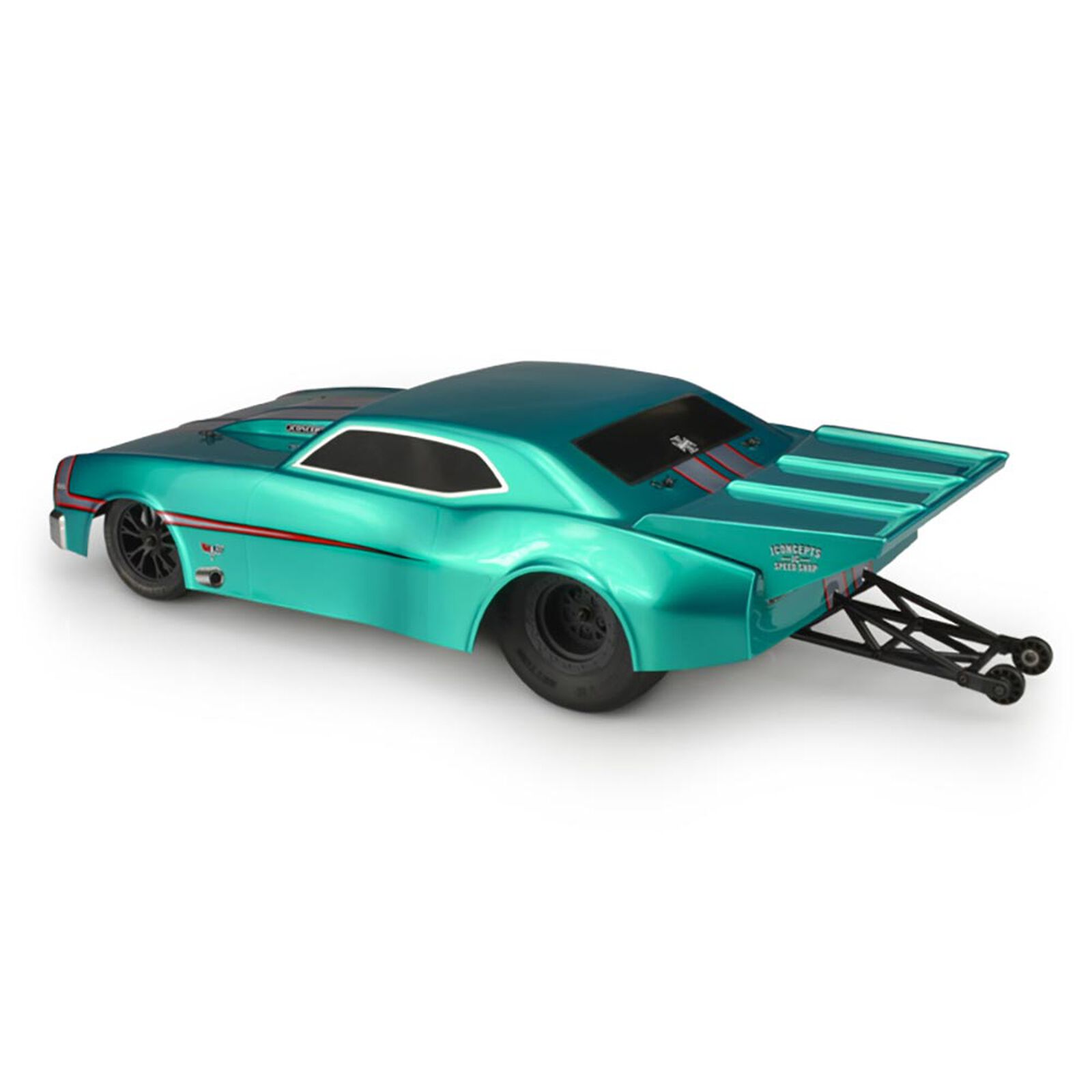 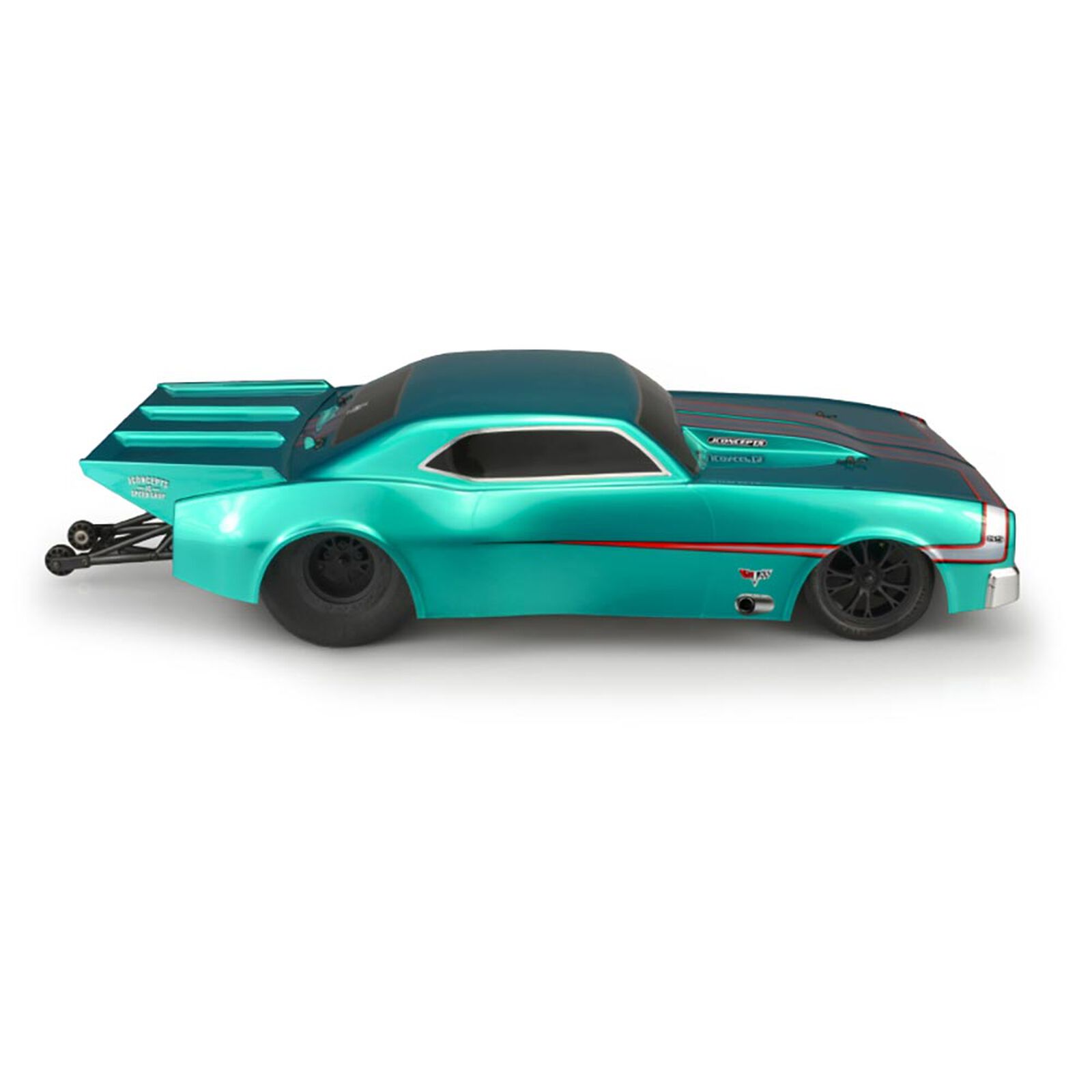 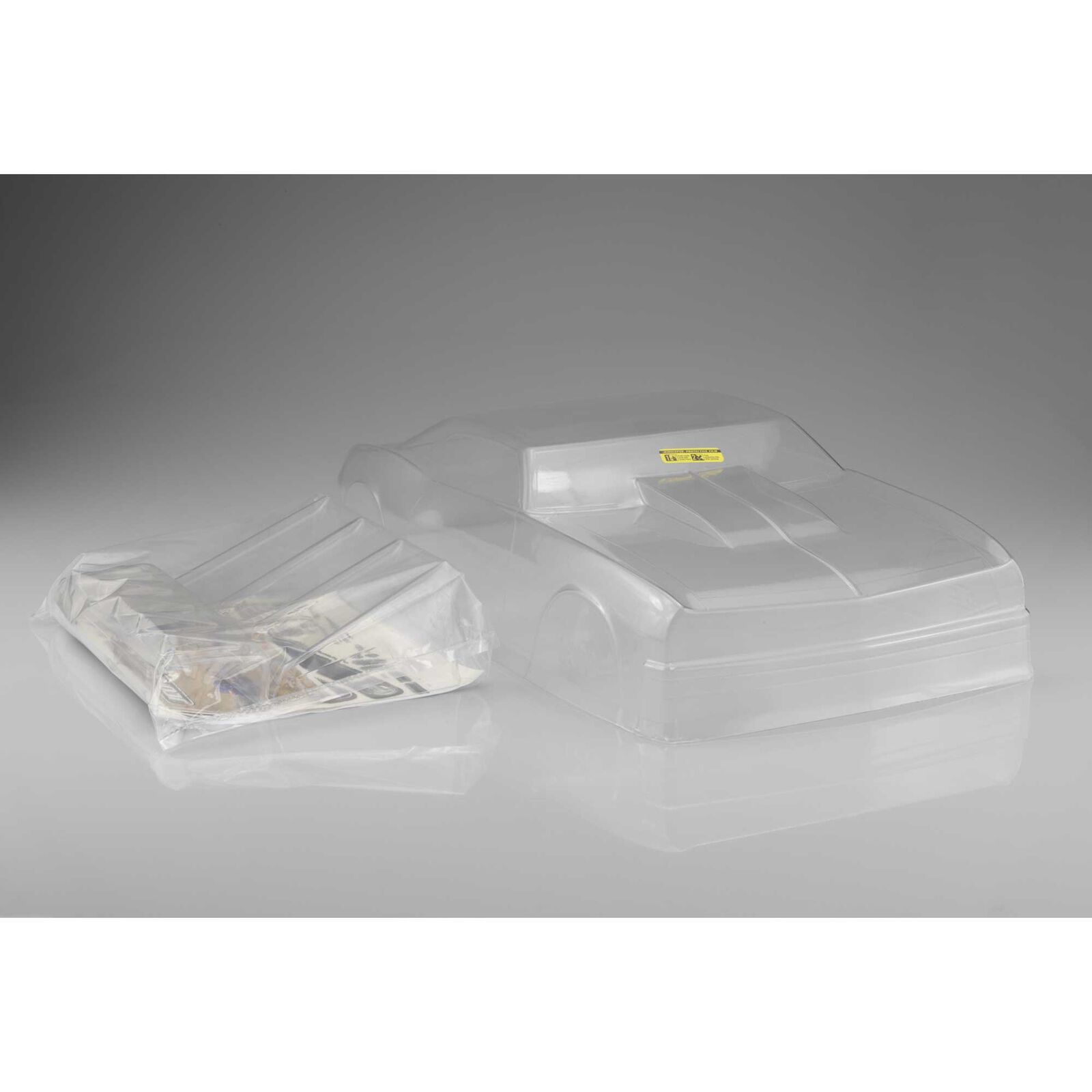 Share
The link to Clear Body, 1967 Chevy Camaro Street Eliminator has been copied

One of Chevrolet’s first responses in the Muscle Car war of the late 60’s and early 70’s was the release of the 1967 Camaro. The much-heralded design packed a ton of performance value into a production car for the ages. JConcepts has reacted frequently and quickly during the rise of the RC Drag Racing scene offering many sporty designs to match the customer demands of serious competition.

The JConcepts racer begins with the dropped V-nose and with an assortment of decal grille options included that can take on the look of many trim packages offered on the 67. As the hood rises, the power scoop blends into the windshield to allow plenty of clearance under the shell. The high attack angle of the windshield blends straight into the legendary cab shape of the Camaro.

A short trunk deck makes perfect room for the included large rear wing lower and upper assembly pieces. Under the wing, find the real estate where the decals finish off the racer cut rear-end giving room for any vehicle wheelie bars or aftermarket speed-shop goodies. The overall width of the body is roomy for an assortment of builds and the hourglass shape hits just around the rear tire assembly for that broad and arrow appearance.

Slight fender flares give the user a hint of trimming direction for the 13” wheelbase and wheel well openings. The trim lines throughout the body provide a low-profile appearance and steady guide for a clean overall look. Included in each body set, a 1967 Chevy Camaro decal sheet, rear wing option including lower support and upper wing spoiler and the paint mask for all windows. As always, each body set is backed with JConcepts customer support and racing heritage.

Notes from the team

The Chevy Camaro measures a 13.00" wheelbase and the inside dimensions of the body are 10.50" wide front and 11.50" rear. The body is built for a 2wd SCT wheelbase length and narrowed to more resemble the original 1:1 counterpart. It's helpful to plan your build, take measurements and modify your platform to fit inside the boundaries of the Chevy body.

Chevrolet and nameplates are registered trademarks owned and licensed by Chevrolet. Manufactured by JConcepts, Inc