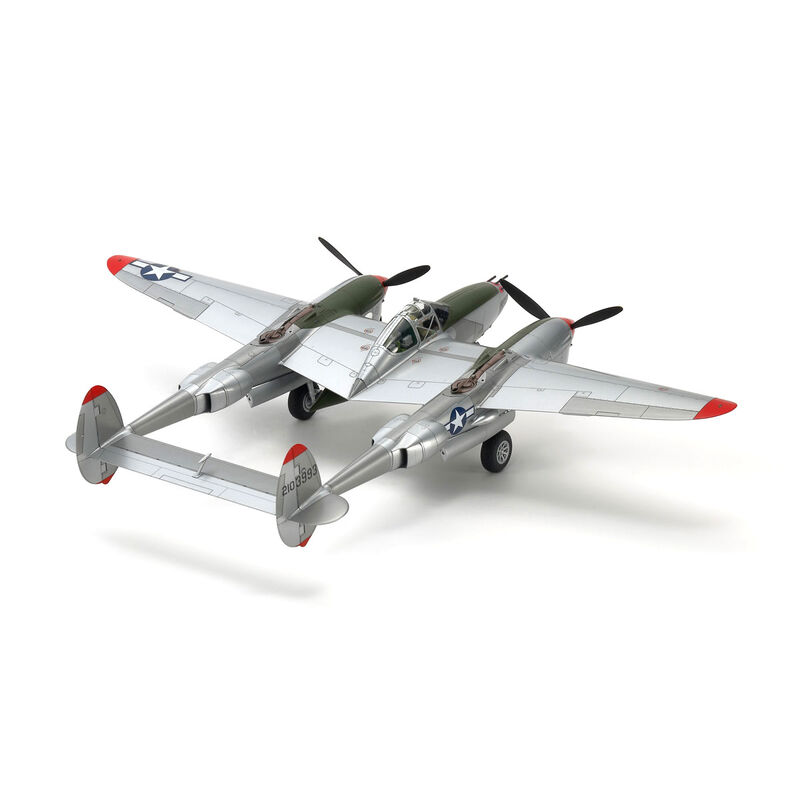 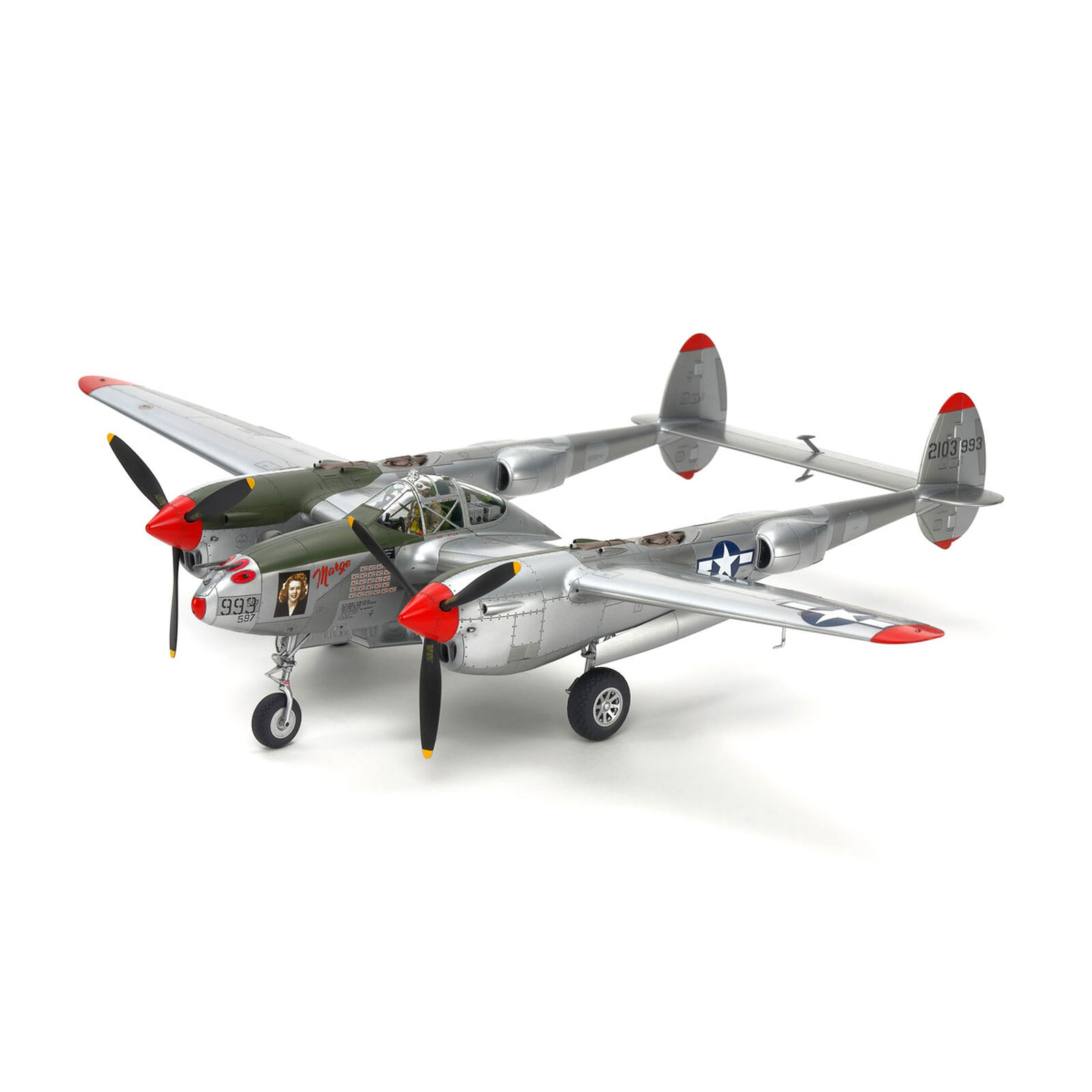 The legendary 1/48 Aircraft Series welcomes the J variant of the Lockheed P-38 Lightning! Tamiya's first P-38 kit, released in late 2019, came in the form of the F/G variant, and it quickly became the definitive P-38 kit of the modeling world.

The Lockheed P-38 Lightning was an American twin engine fighter aircraft produced by Lockheed; it was the first Lockheed fighter aircraft which was officially adopted into service. The P-38’s variants were used during World War II and they reached about 10,000 production planes. Equipped with intercoolers under engines, the P-38J Lightning yielded 1,450hp at high altitude and maximum 1,600hp, plus longer-range courtesy of fuel tanks in its wingtip leading edges in addition to the main fuel tank. As a result, the P-38J offered stable and astonishing performance at any altitude, and gained great renown among American fighter aircraft.