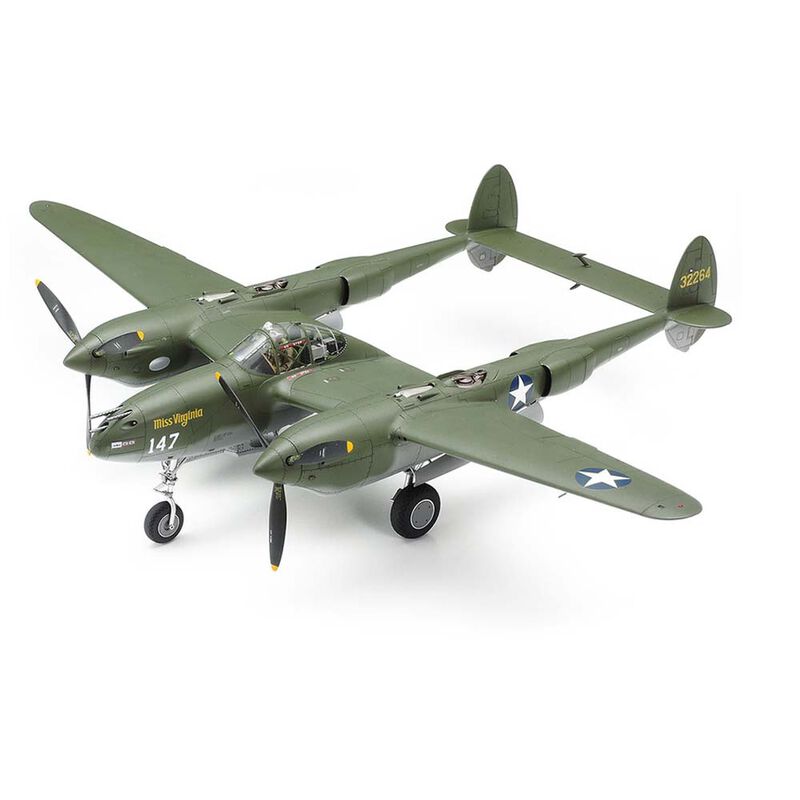 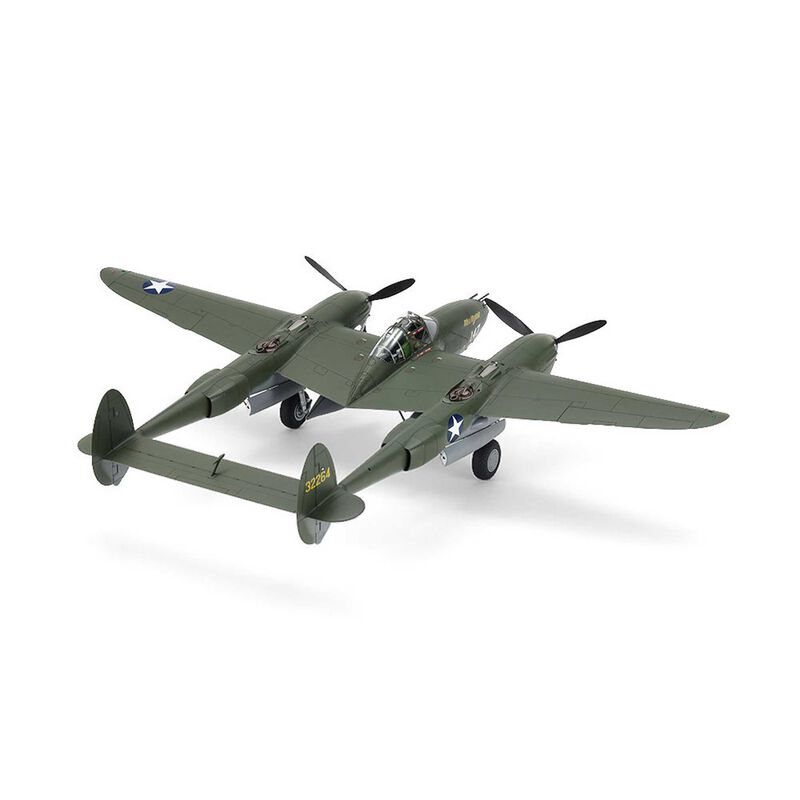 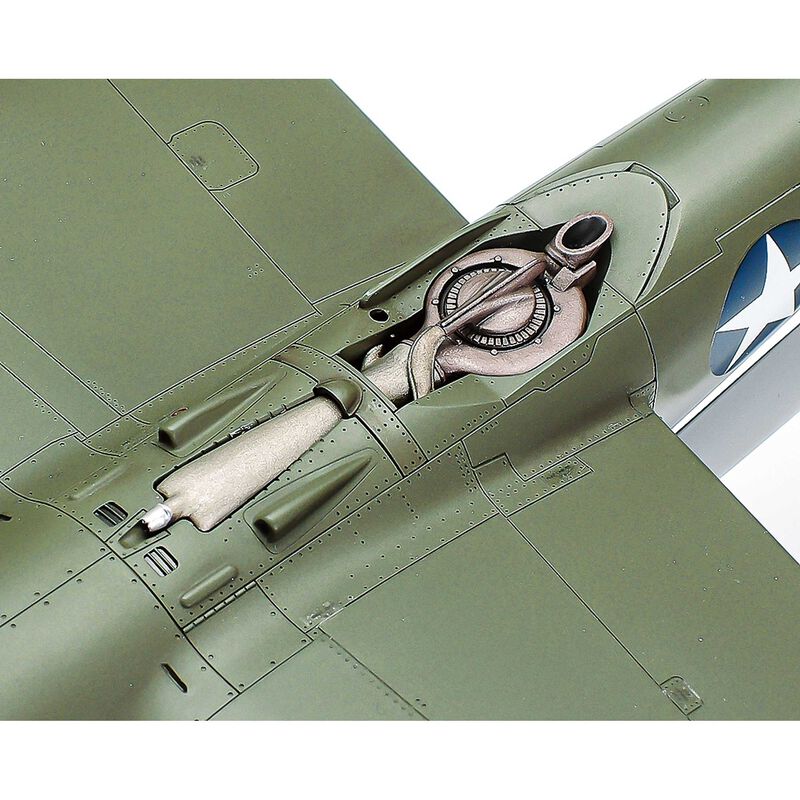 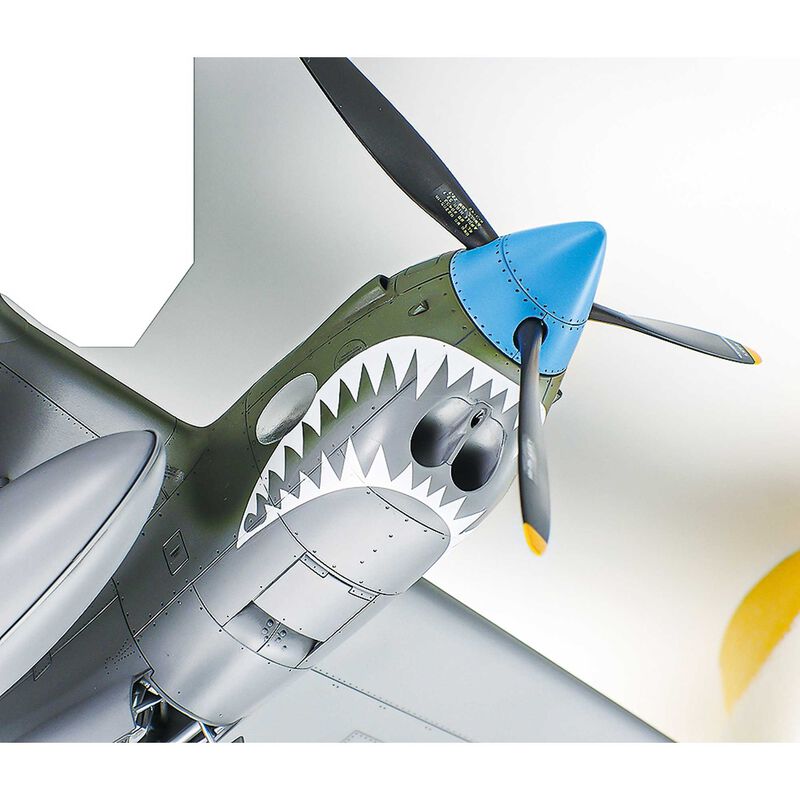 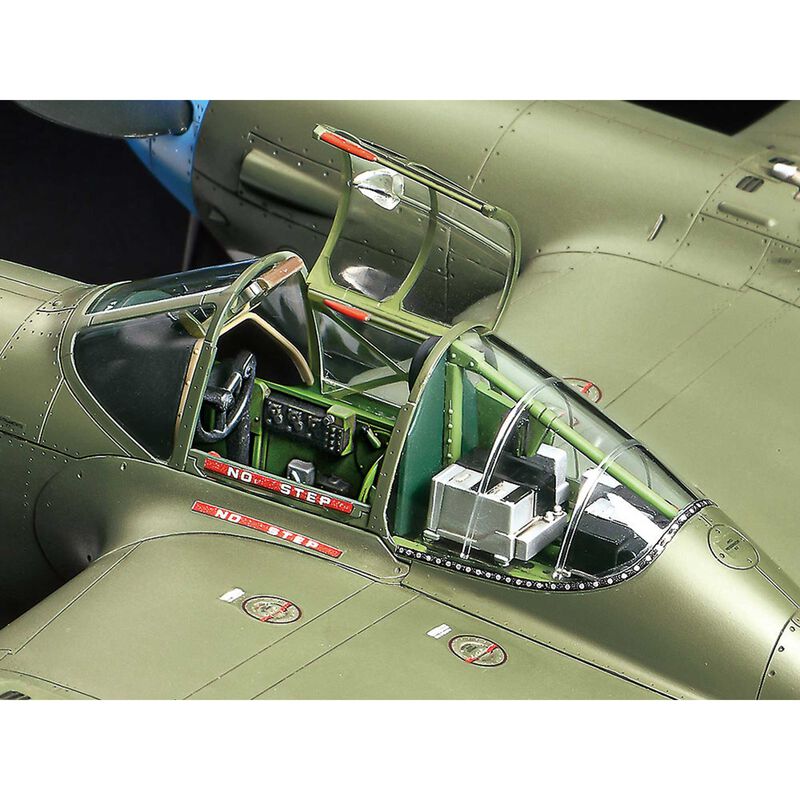 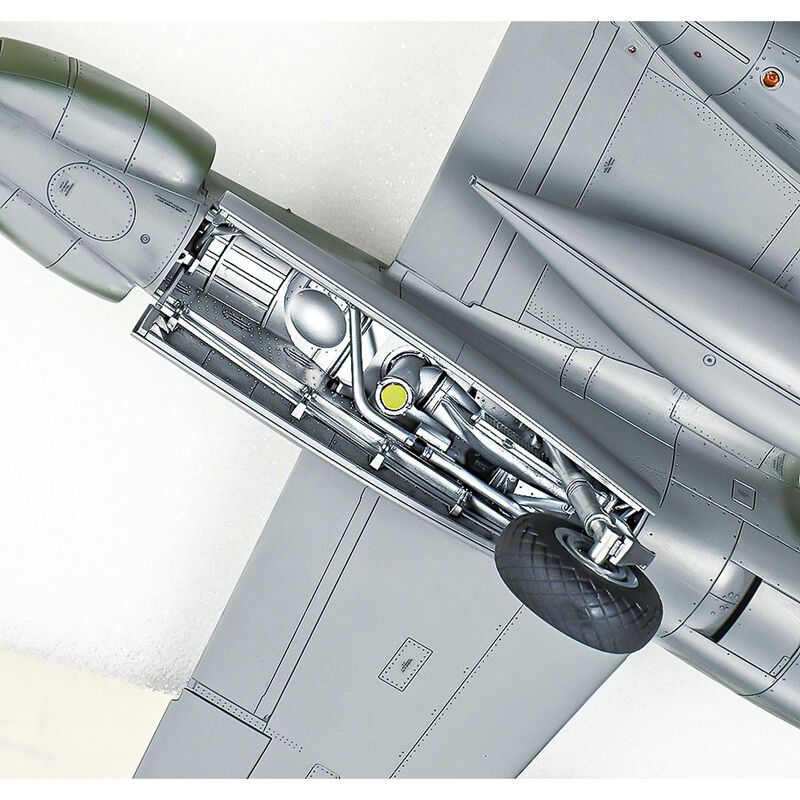 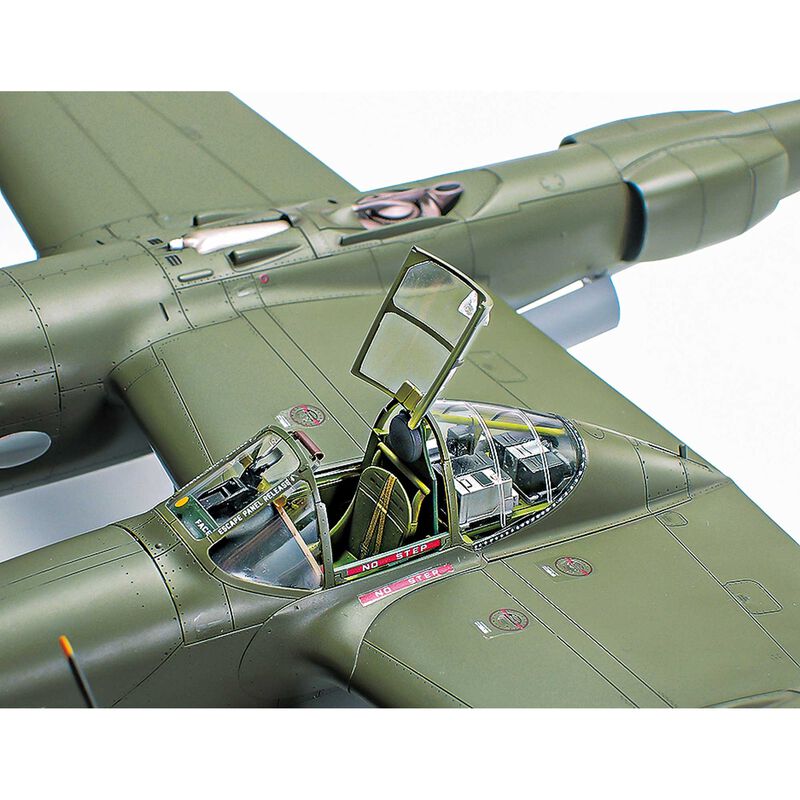 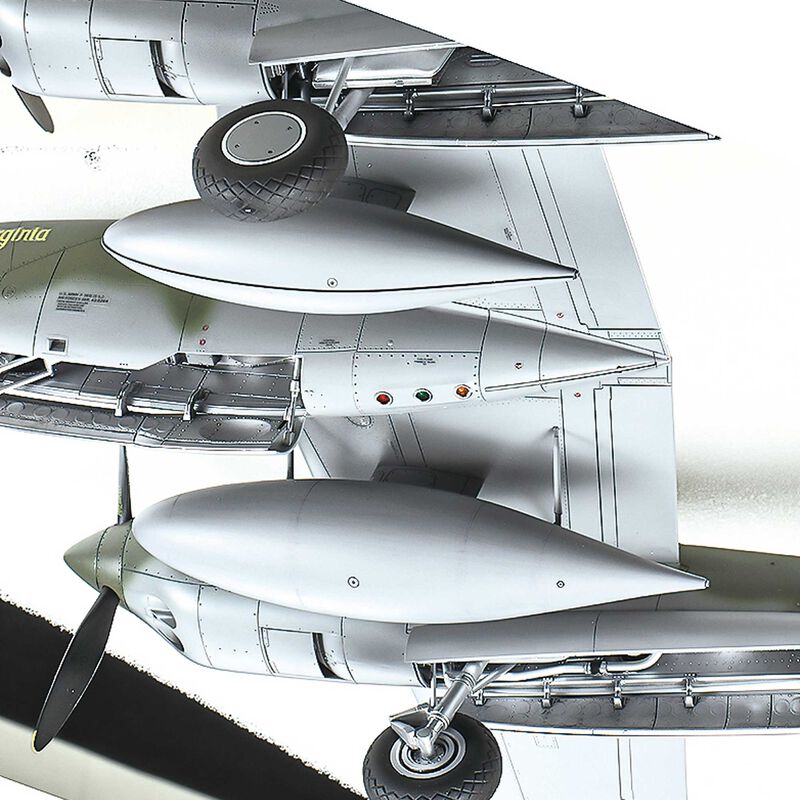 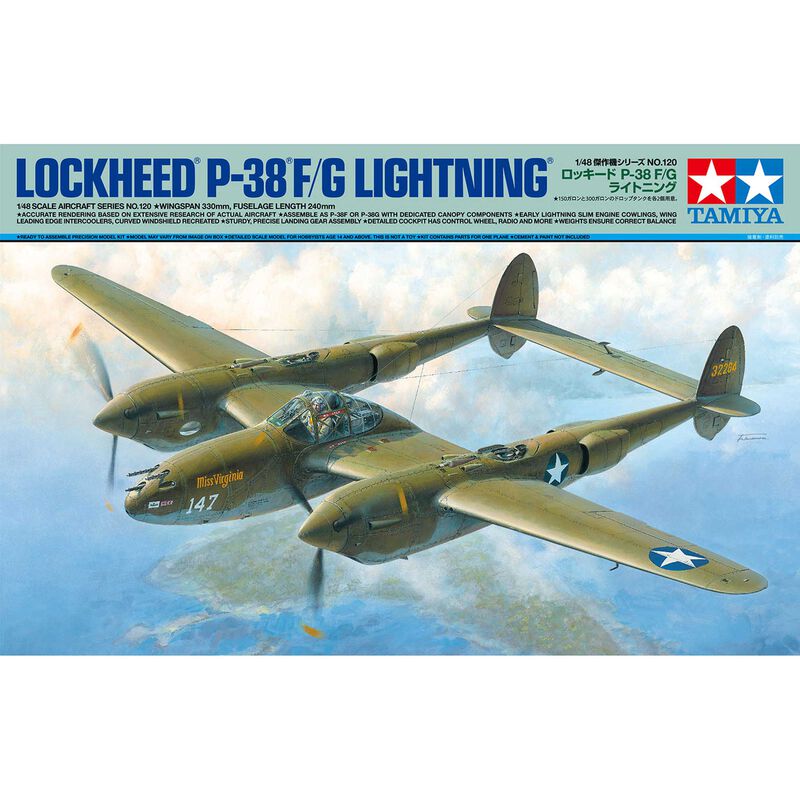 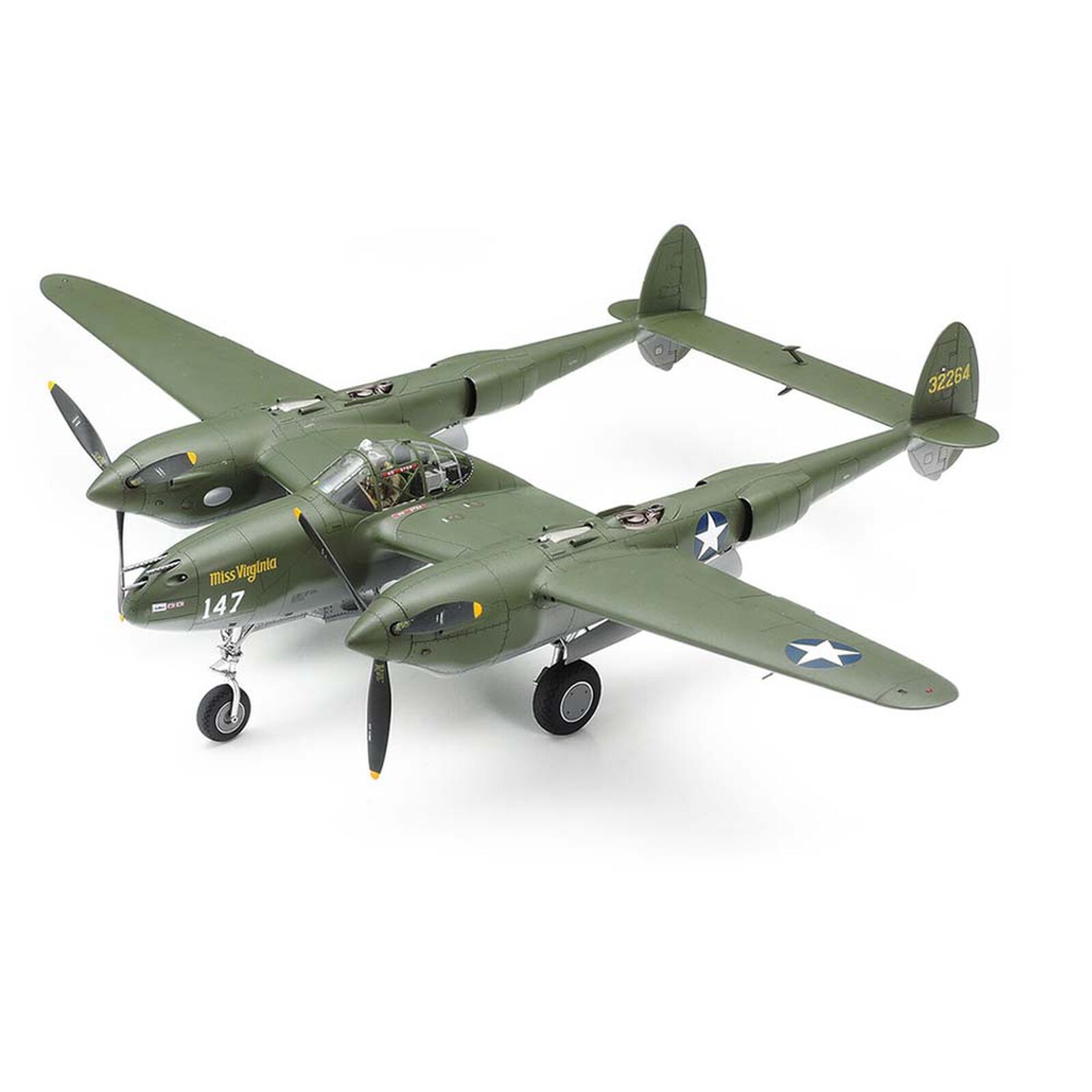 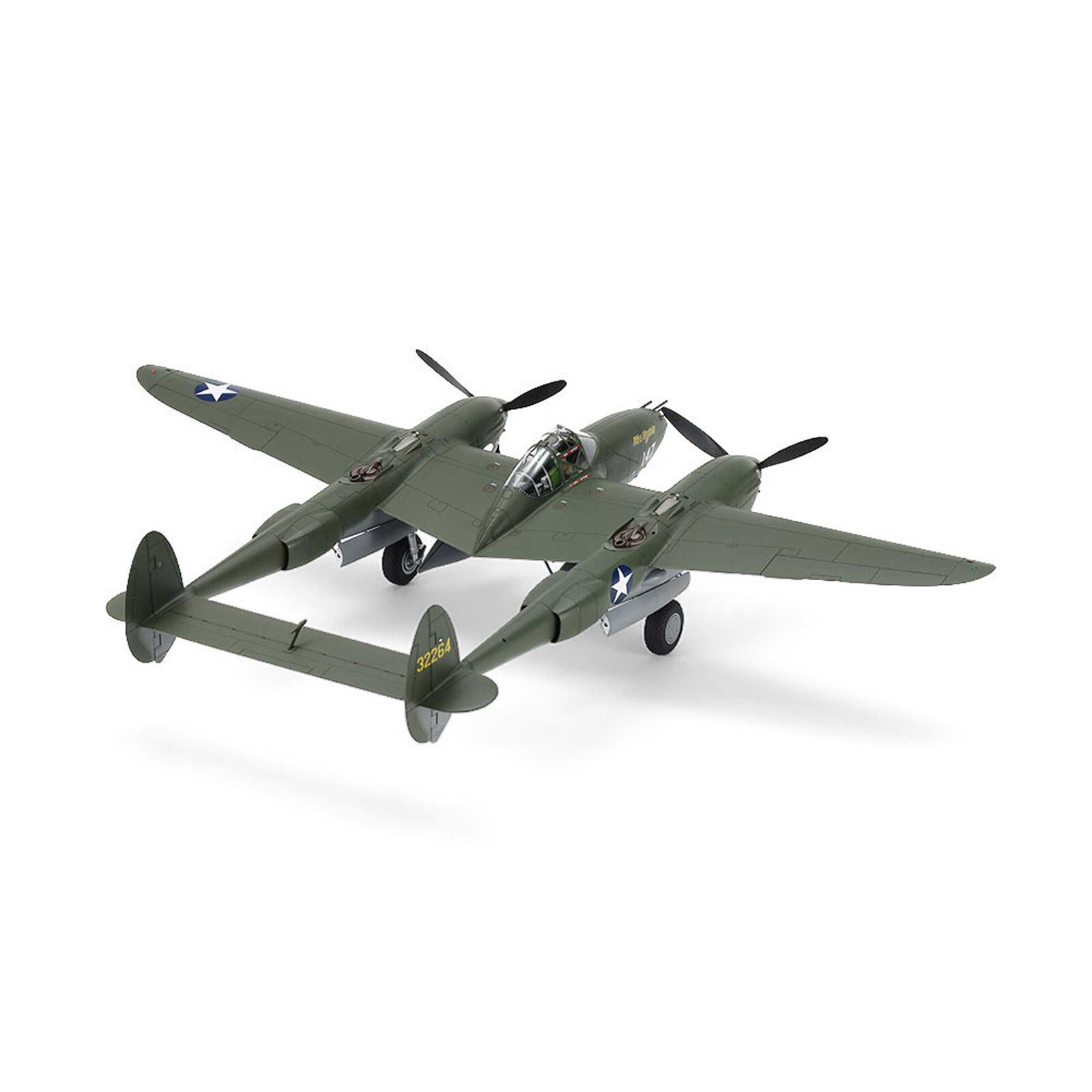 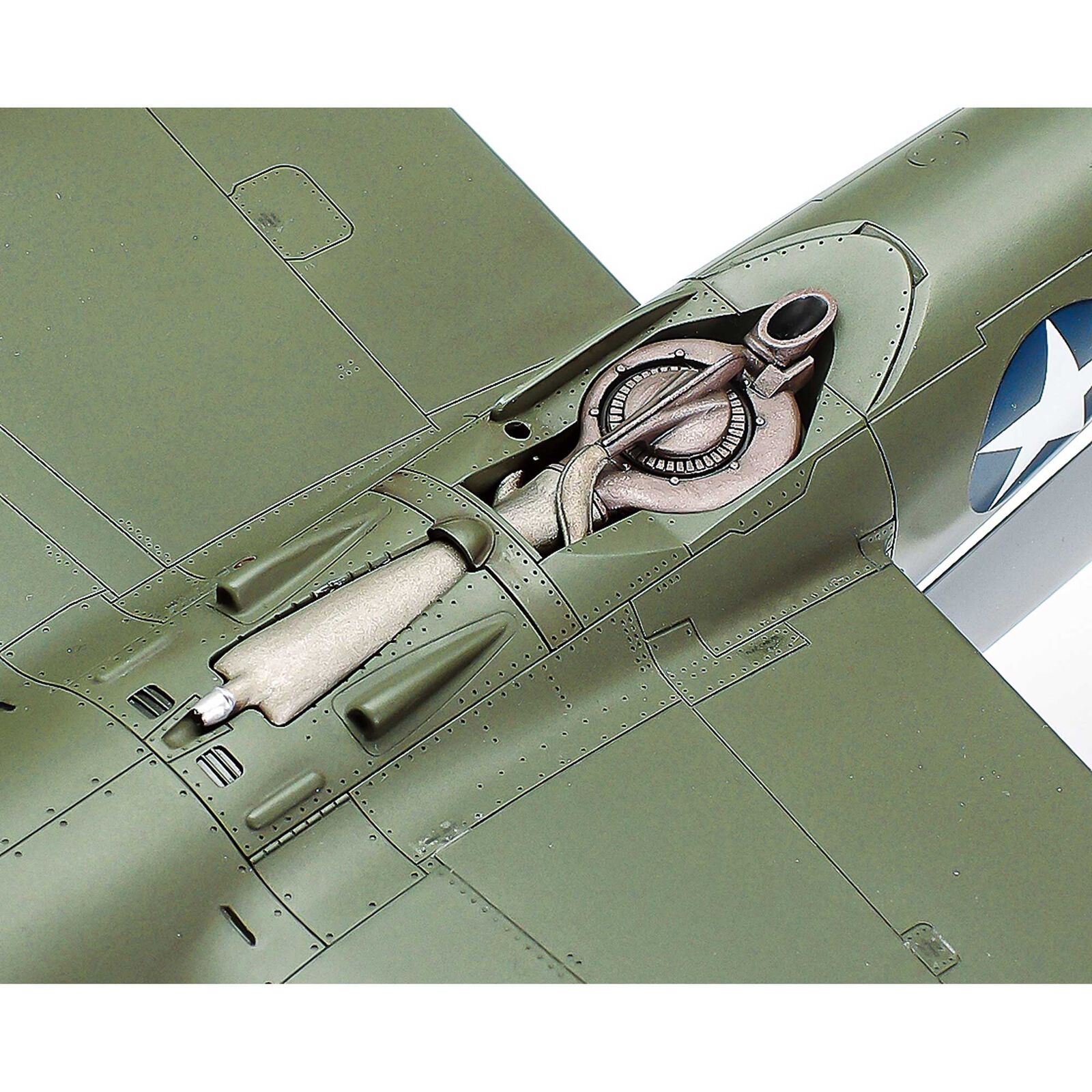 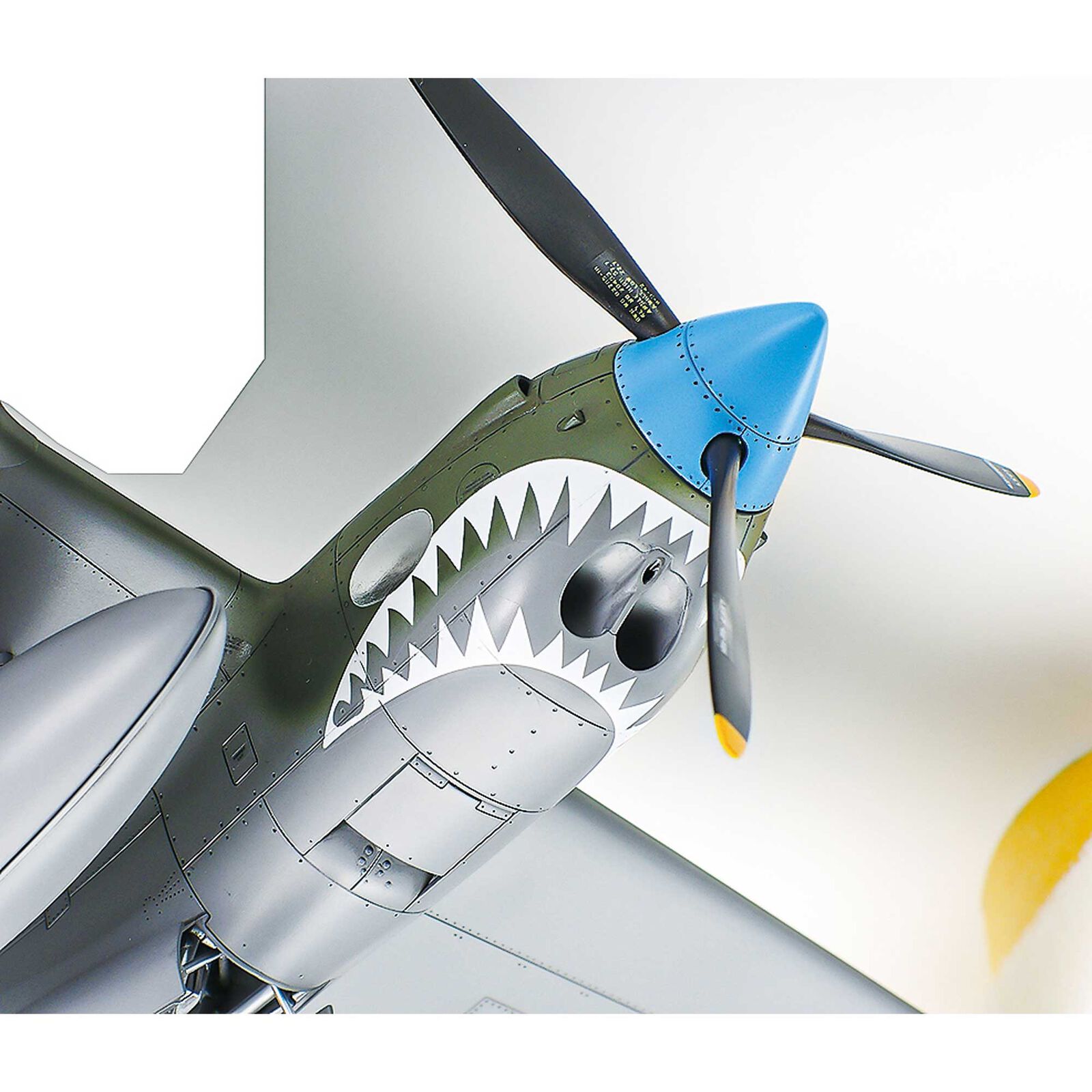 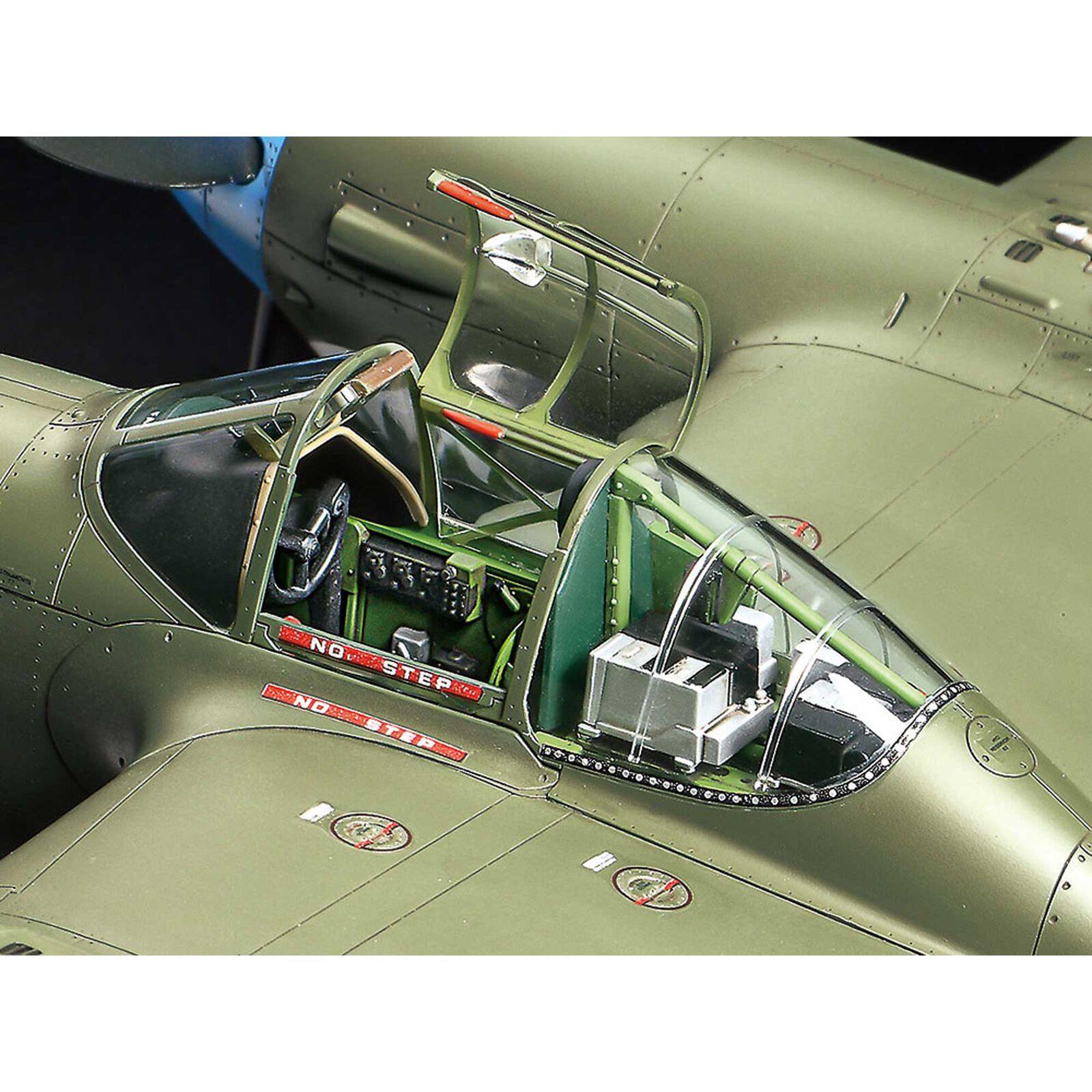 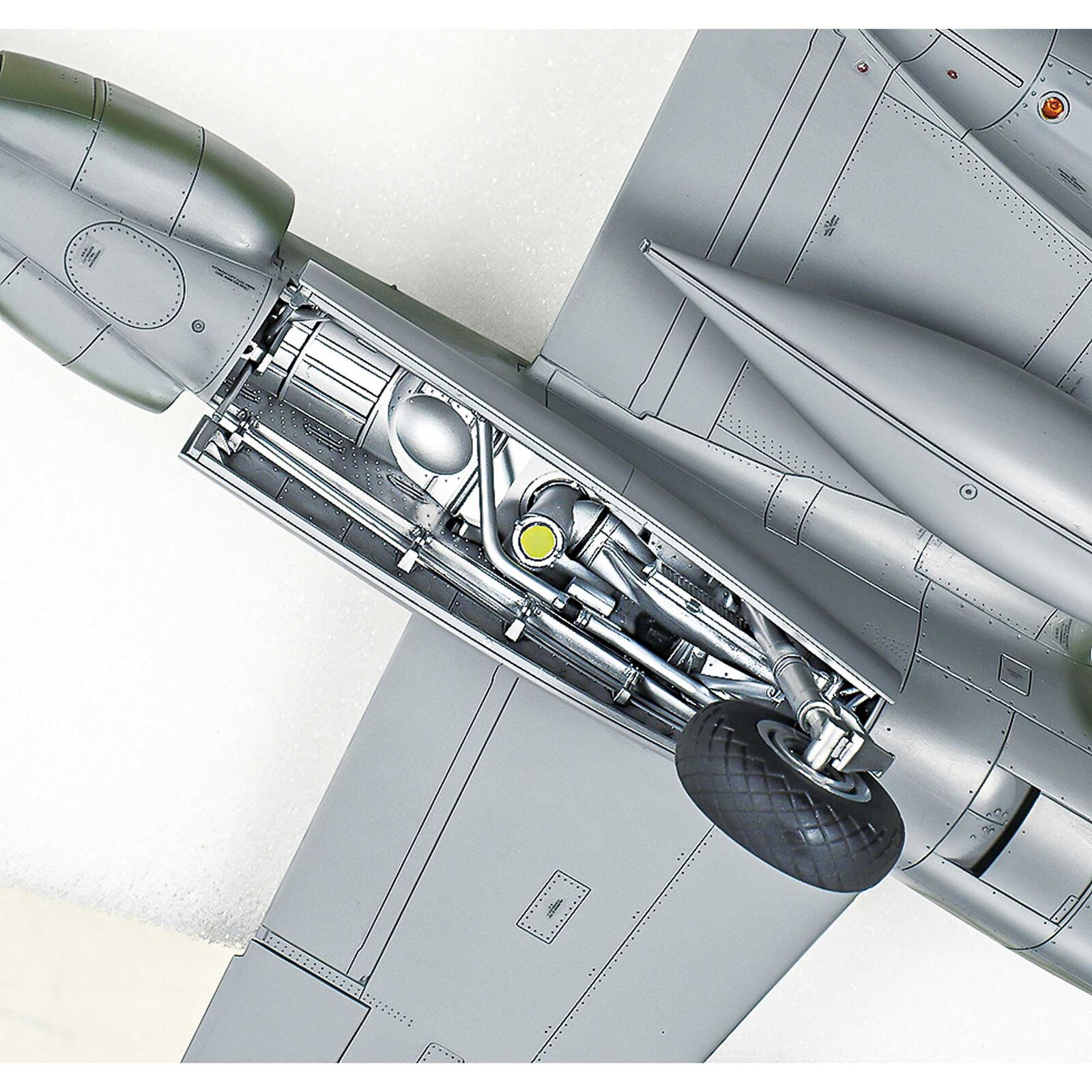 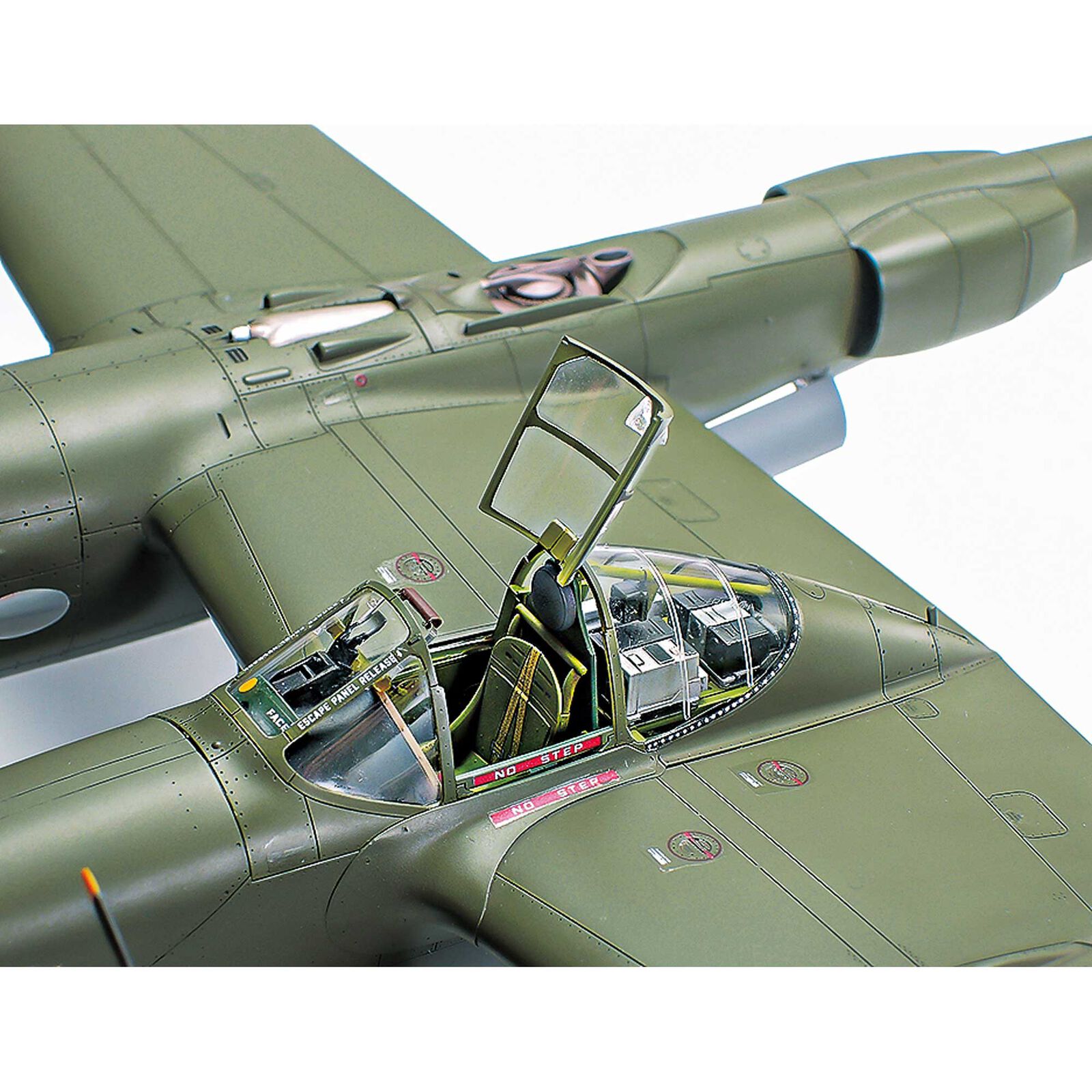 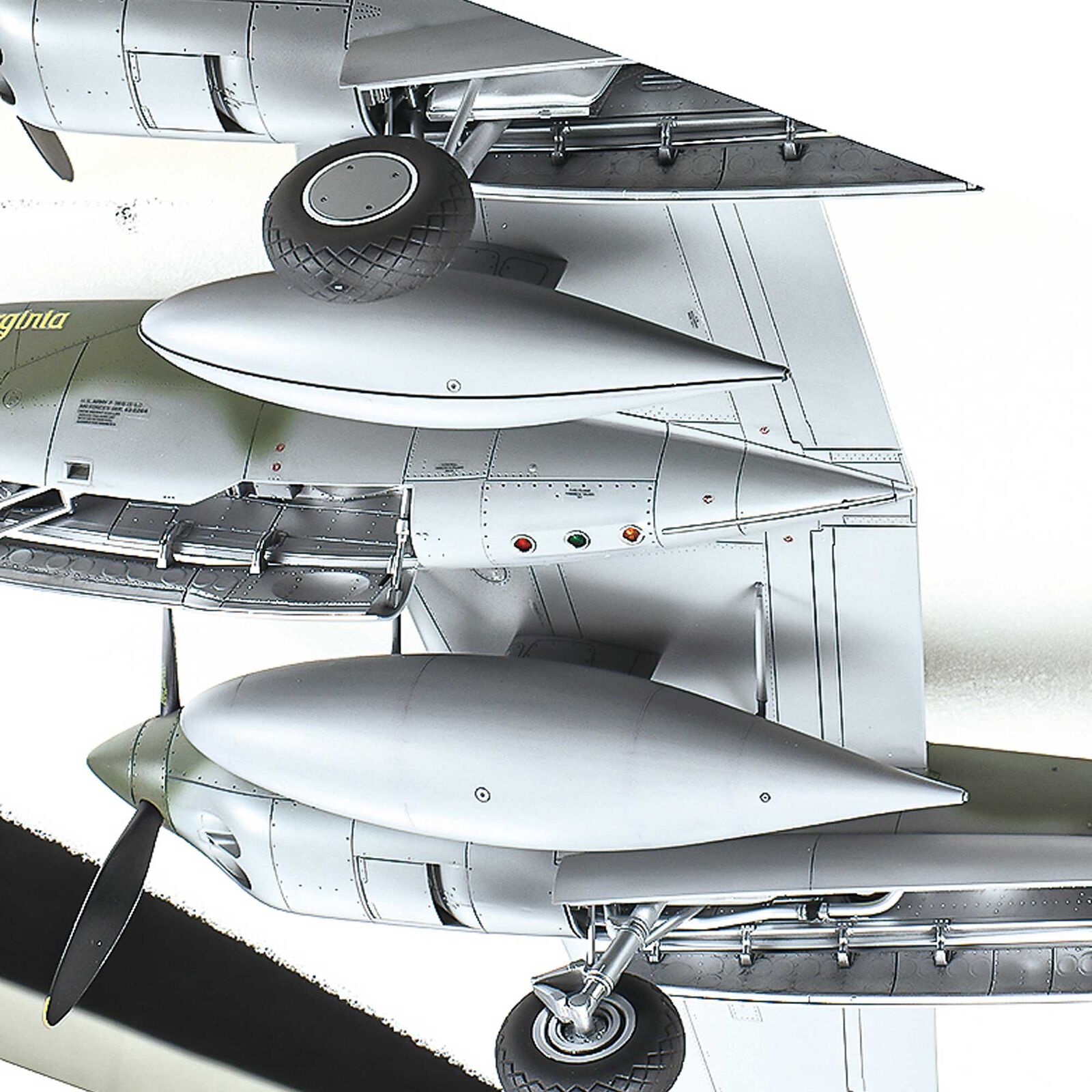 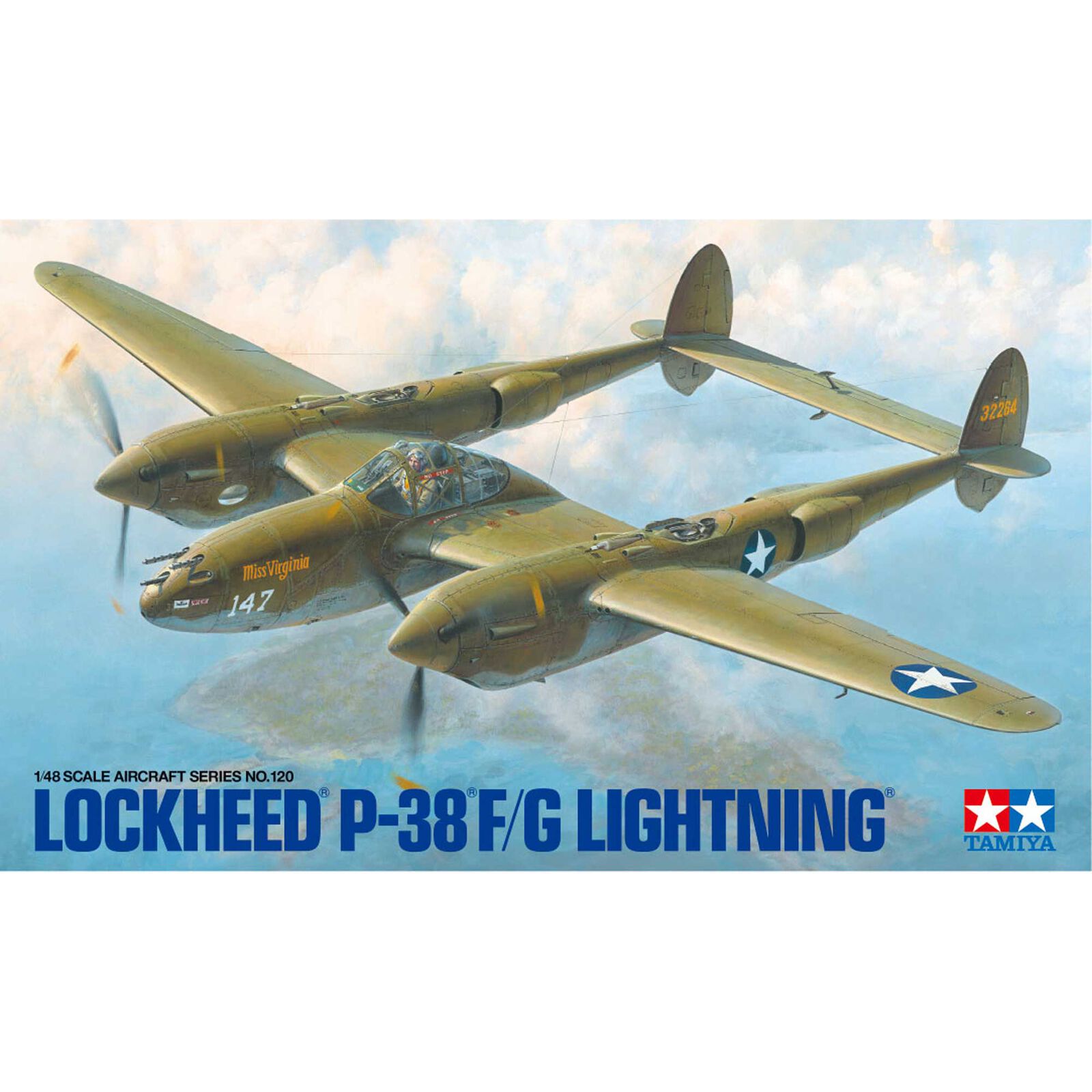 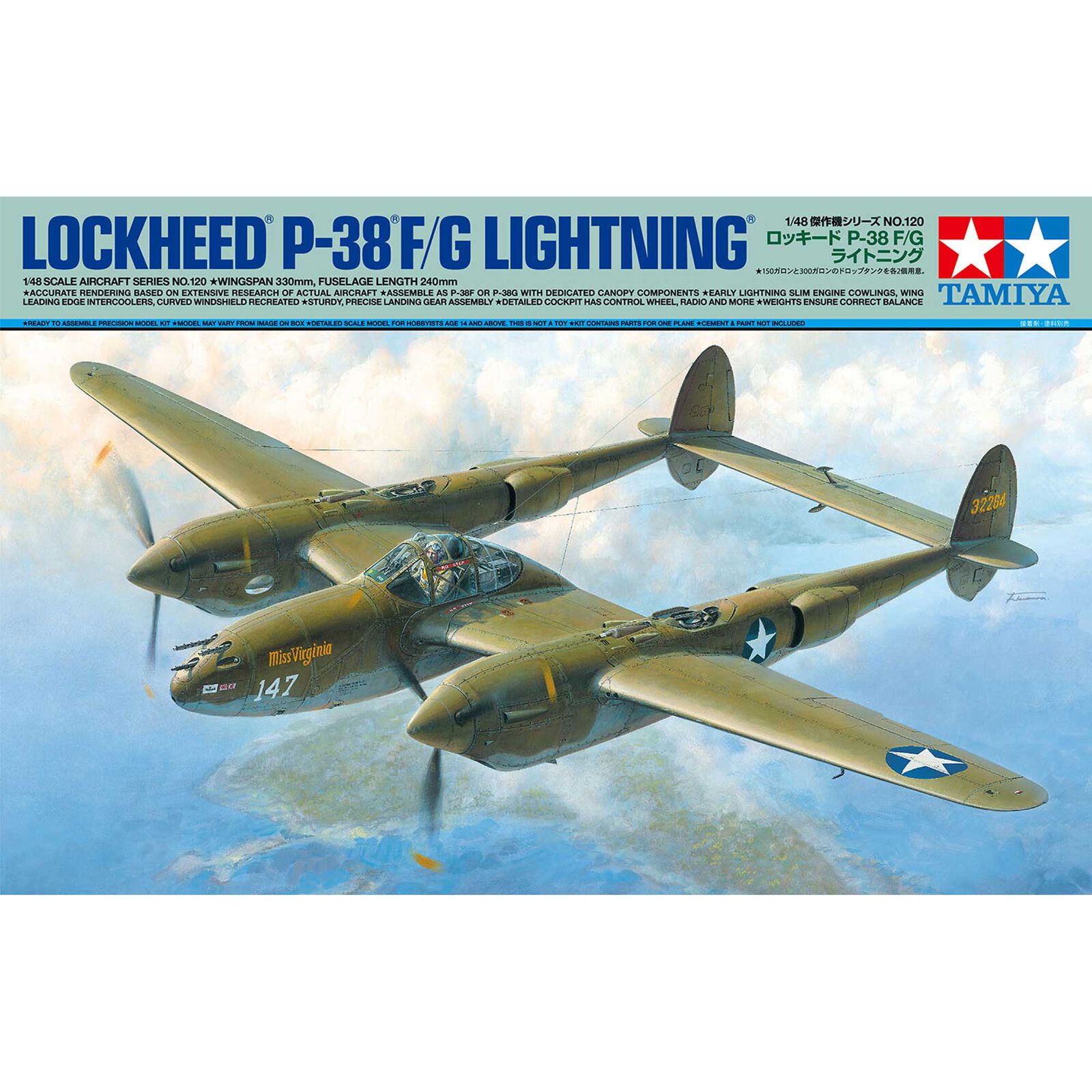 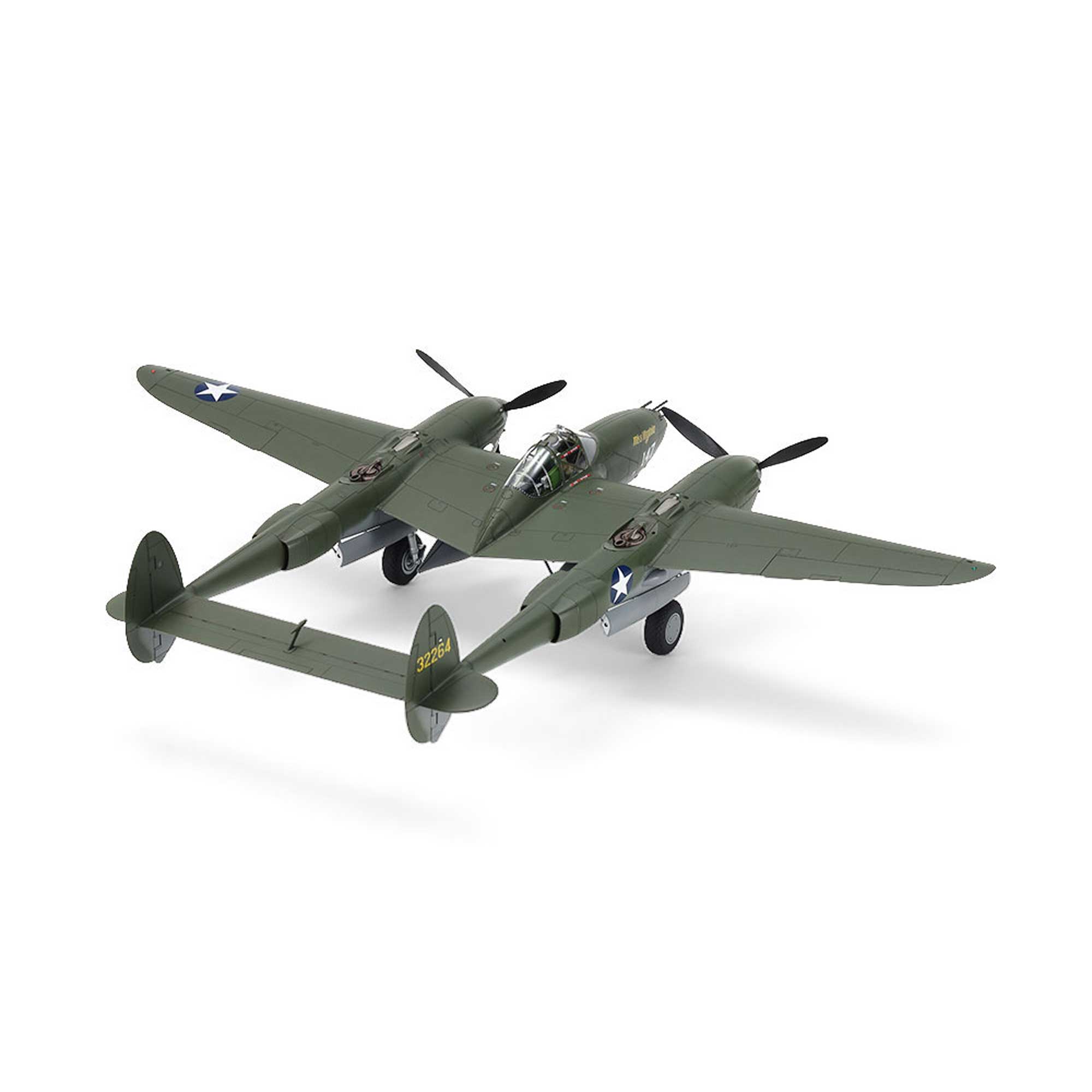 This WWII fighter was a daring design with twin booms and a piston engine in each, plus a central nacelle which housed the cockpit and armament (machine guns and cannon in the nose). Introduced in June 1941, the aircraft went on to be used extensively in the Pacific through WWII. The F variant was manufactured from April 1942 onward, and featured pylons for 150-gallon drop tanks to make it capable of longer bombing missions. Later P-38Gs had more powerful engines and could carry bigger 300-gallon drop tanks. The P-38 was used for interception, dive bombing, level bombing, ground attack, night fighting, photo reconnaissance, radar and visual pathfinding for bombers and evacuation missions, and extensively as a long-range escort fighter when equipped with drop tanks under its wings. 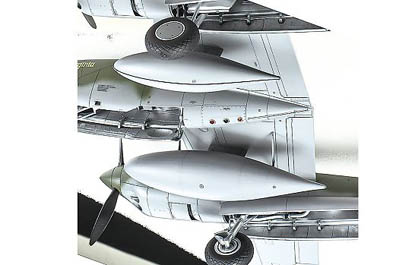 Comes with parts to recreate two each of 150- and 300-gallon drop tanks. 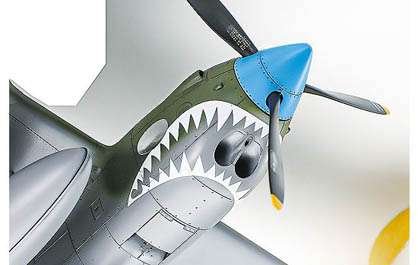 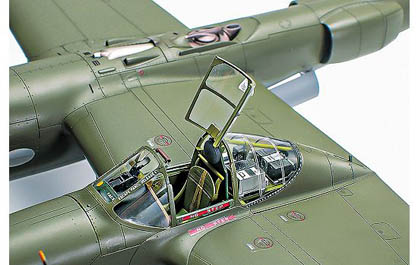 The canopy can be assembled open or closed. When closed, it is a 1-part slide-molded piece with dedicated F and G variant parts. The hatch is shown open sideways on the P-38F, and vertically on the P-38G. 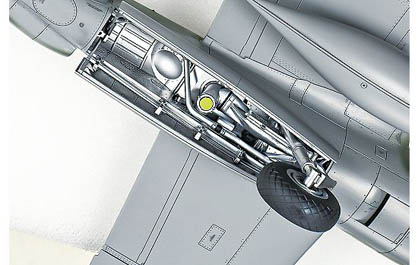 Weights are included in the kit to ensure correct balance of the model when displayed.