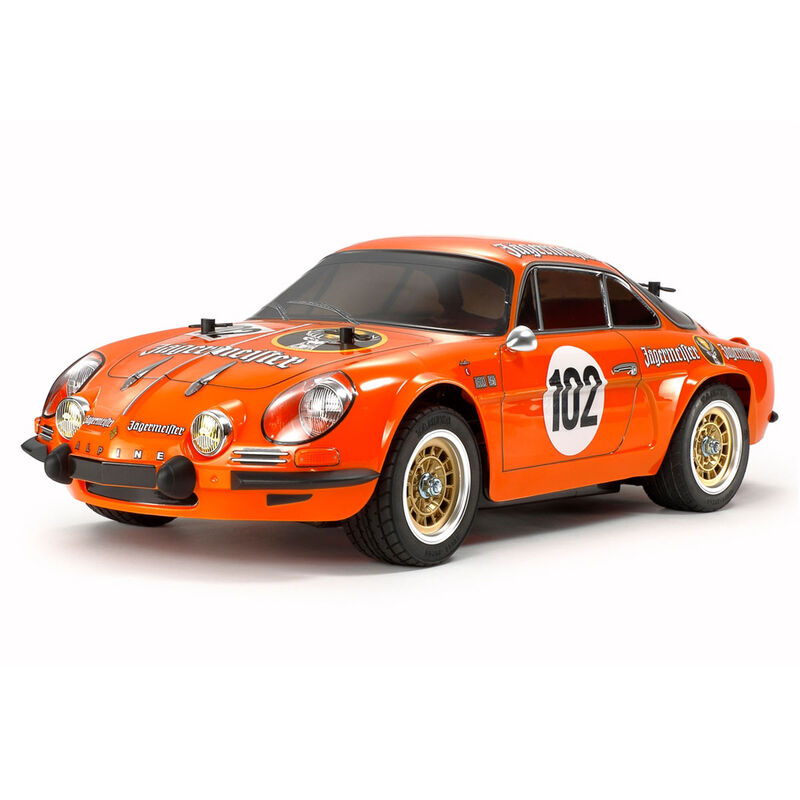 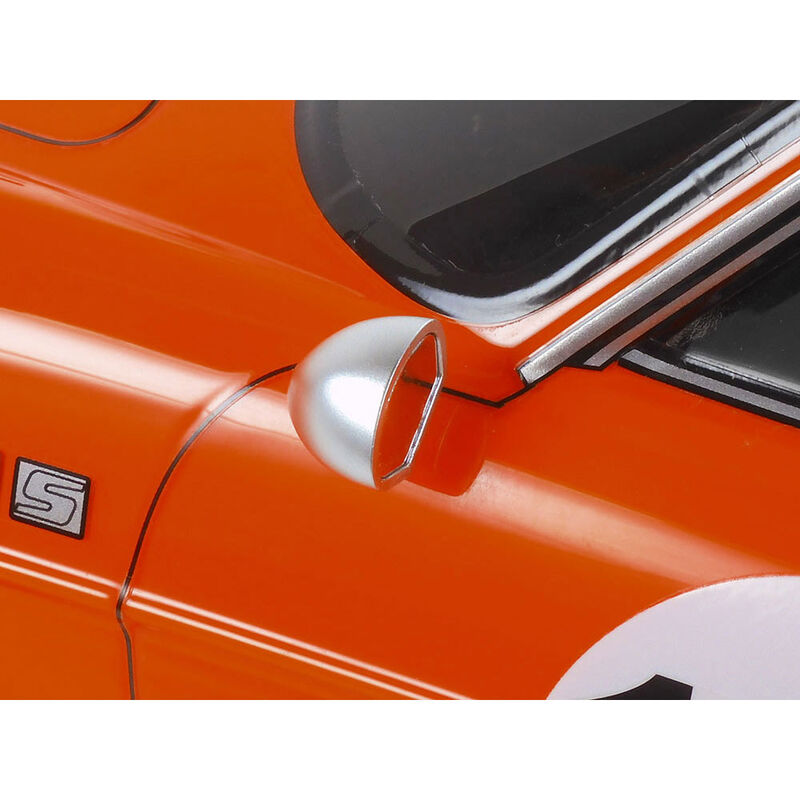 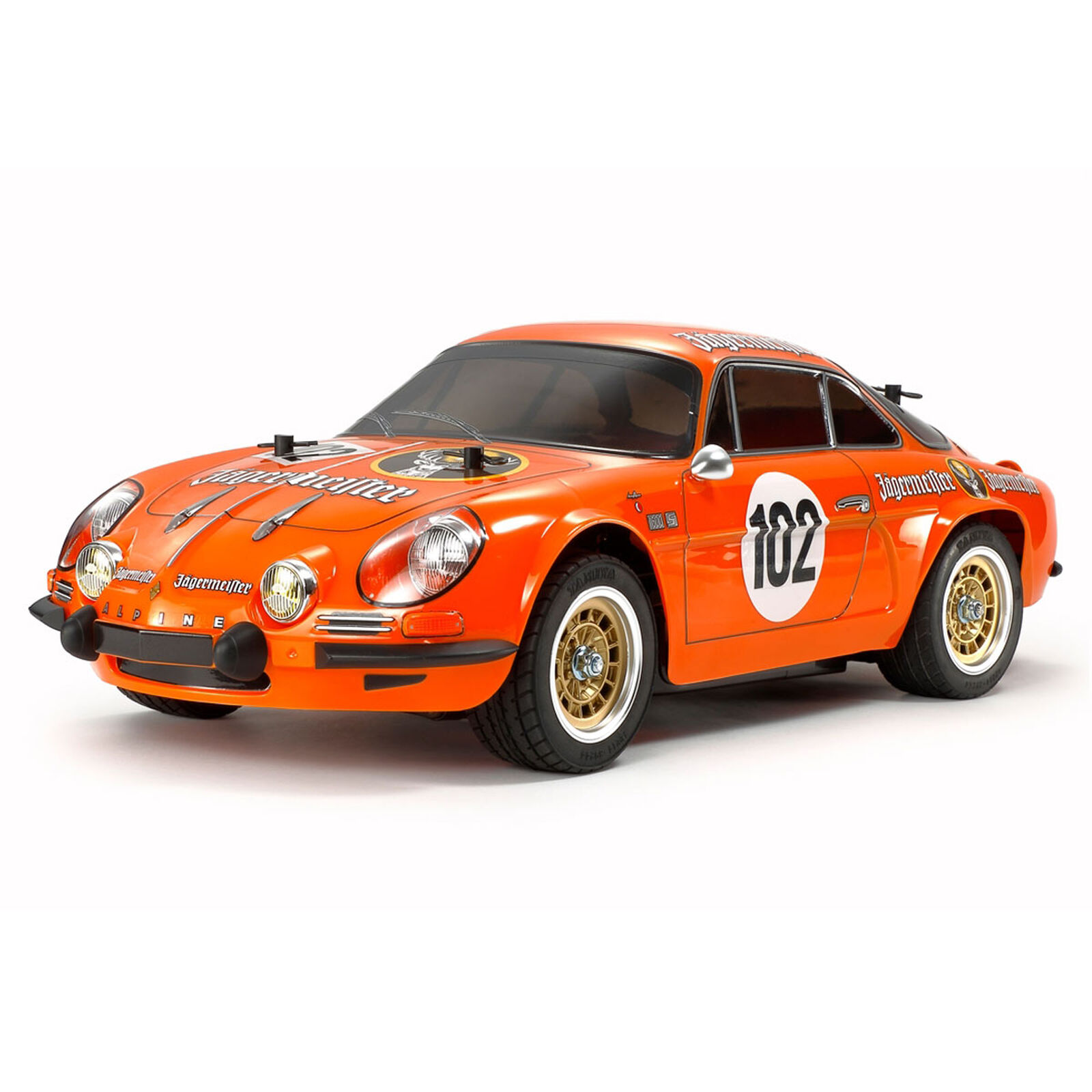 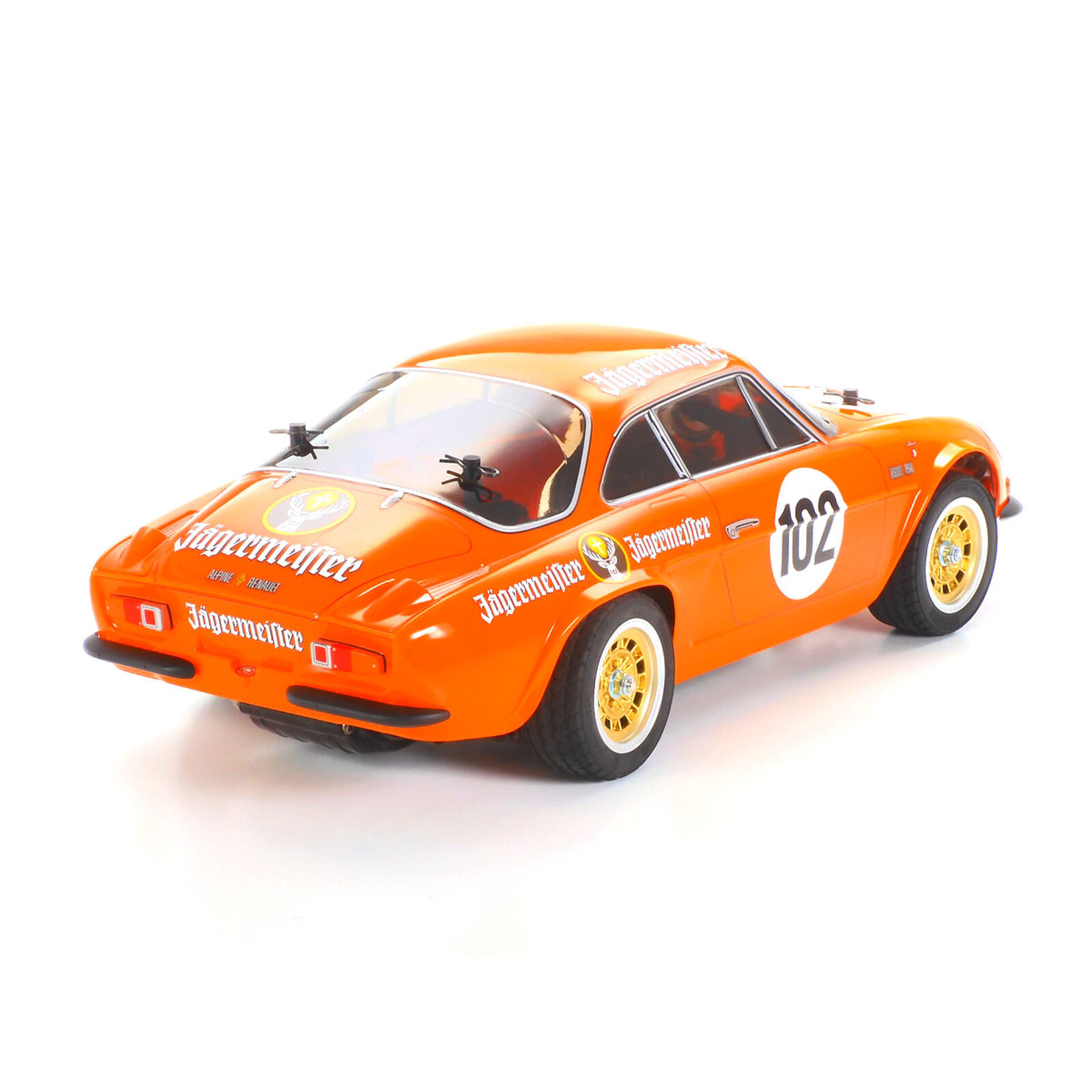 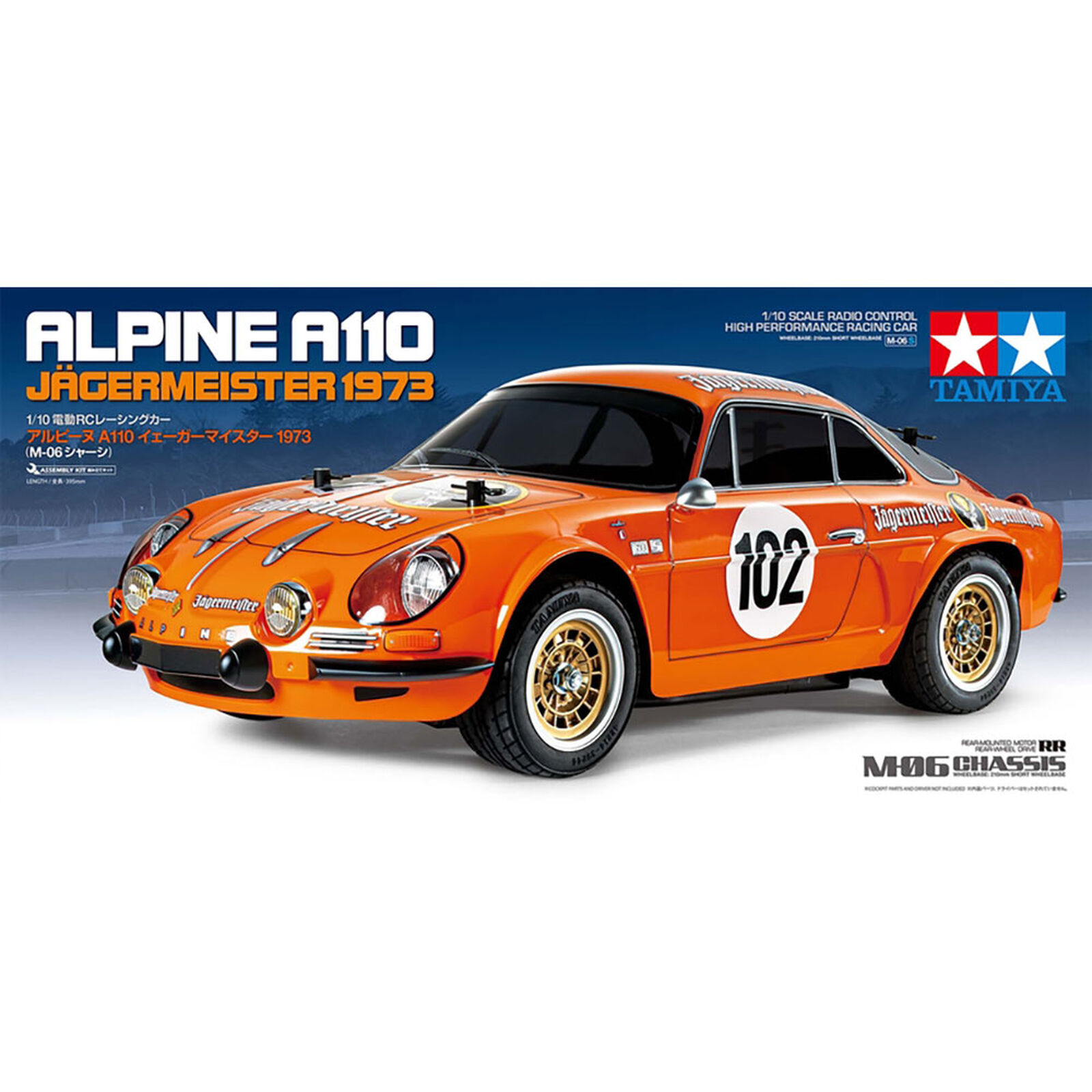 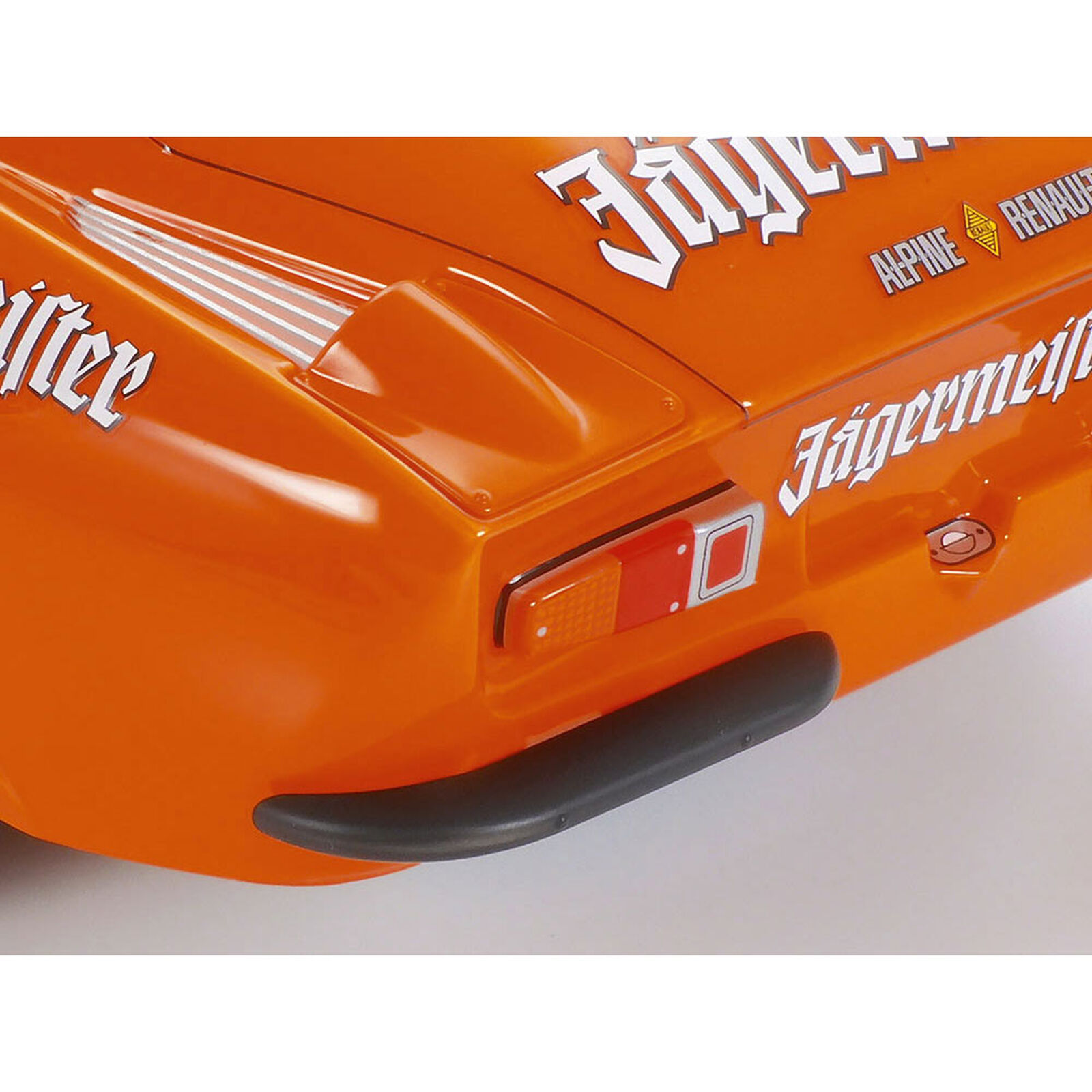 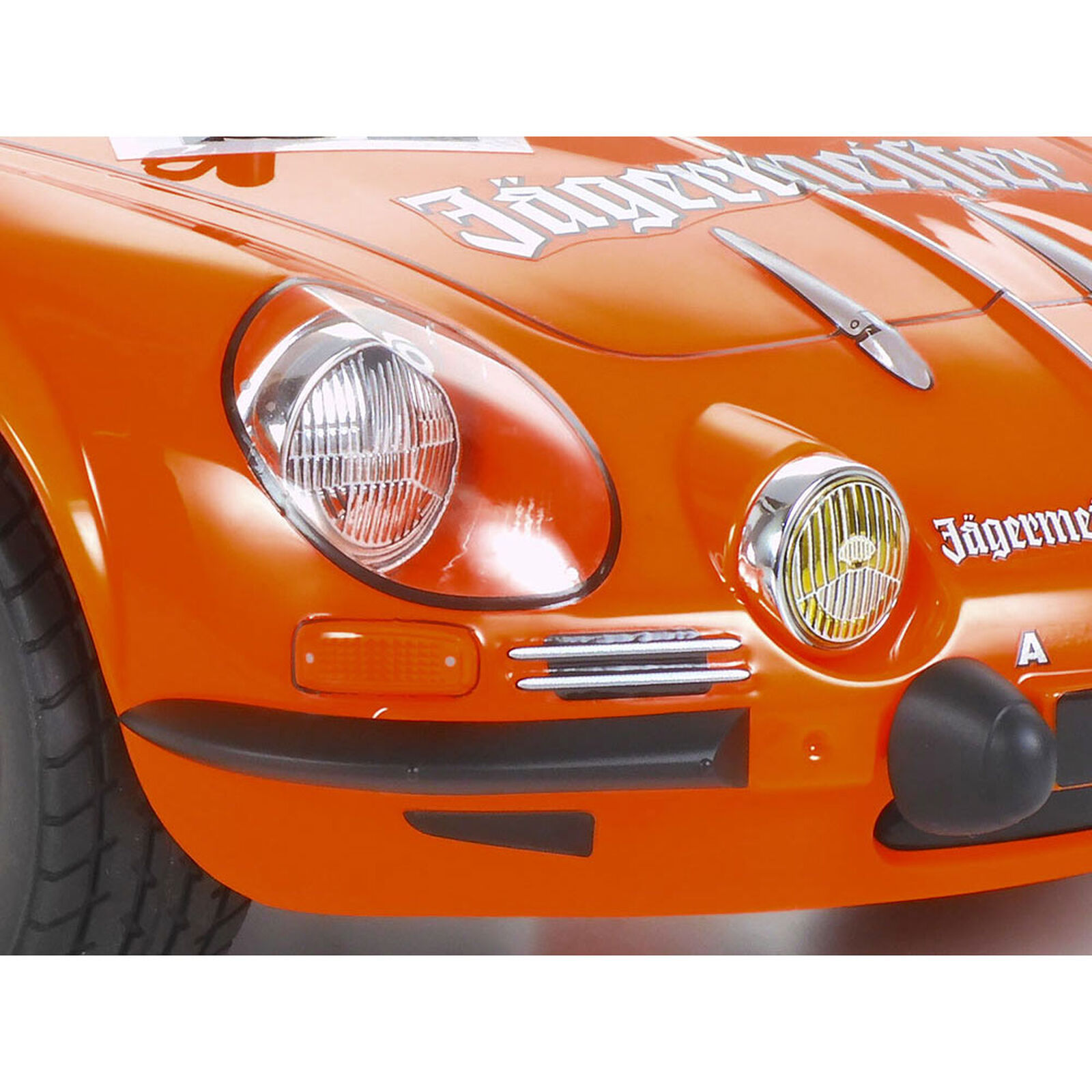 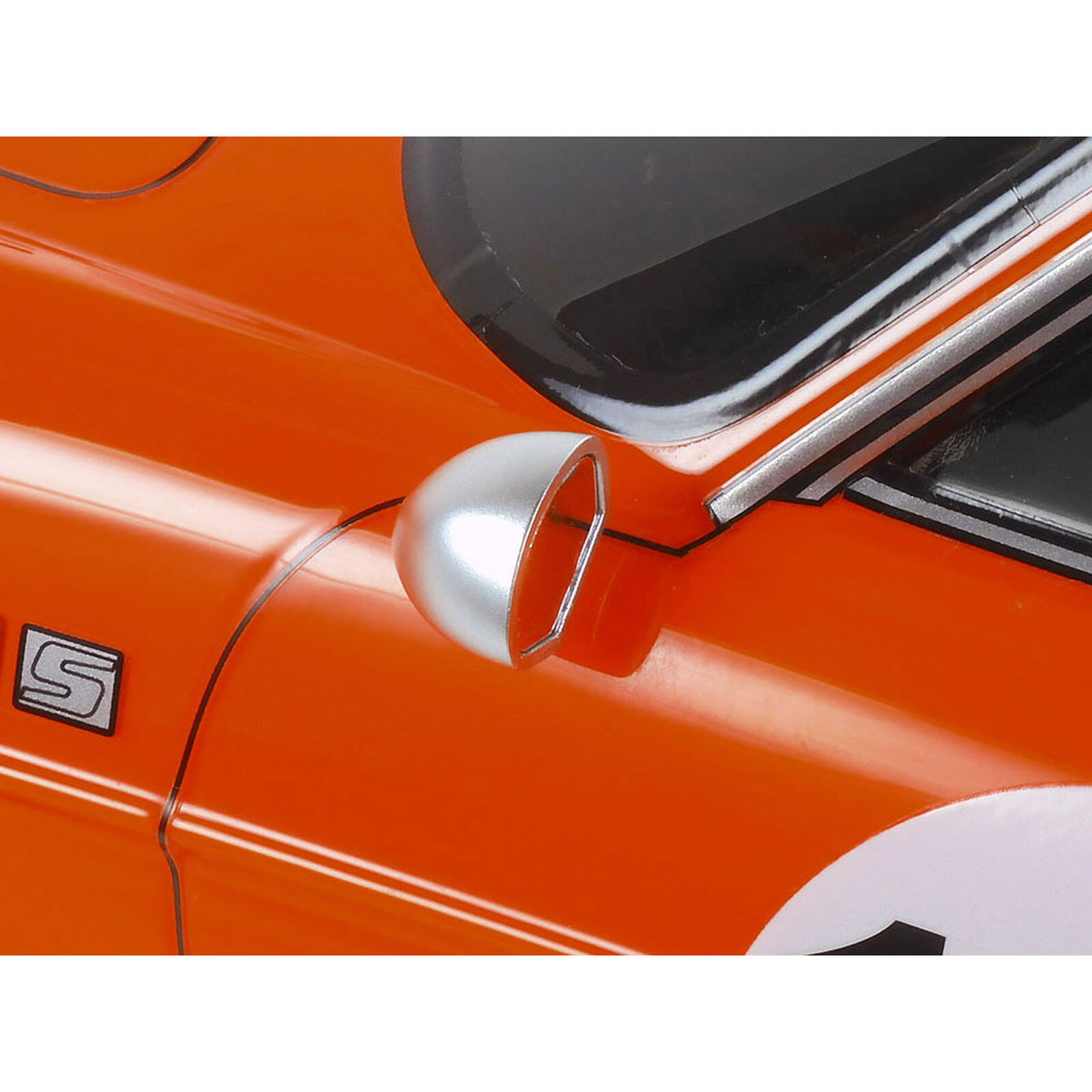 This R/C kit recreates the Alpine A110 with an orange Jägermeister livery on top of the proven and fun-to-drive M-06 chassis. The Alpine A110 was a French compact coupe featuring a lightweight FRP body based upon a steel backbone, rear-wheel drive chassis with the rear-mounted inline-4 engine positioned longitudinally. Production continued from its debut year 1963 until 1977, and the A110 attained fame after victory in the 1971 rally in Monte Carlo. In 1973, this car became the first World Rally champion and its Jägermeister orange livery version achieved a class victory in German circuit races.

Great RR Performance from the M-06! The M-06 chassis features a rear-mounted motor, rear-drive setup and has a longitudinally-mounted battery pack, with R/C equipment positioned on either side for optimum balance and a low center of gravity. 4-wheel double wishbone suspension uses dish design wheels, equipped with 60D radial tires at the front and 60D super radial (hard) tires at the rear. In addition, a 3-piece steering linkage offers nimble handling response.