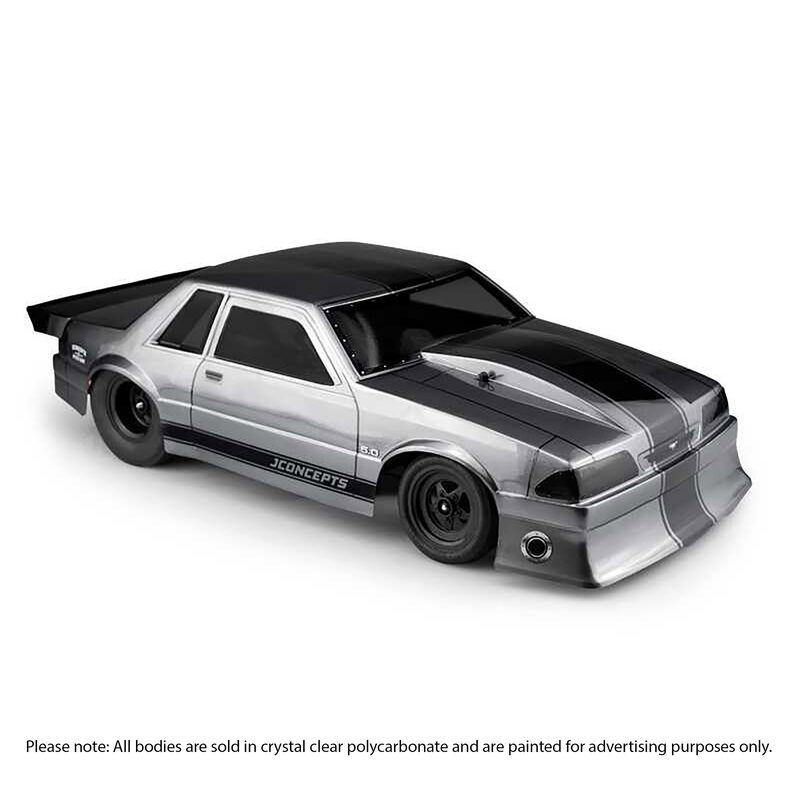 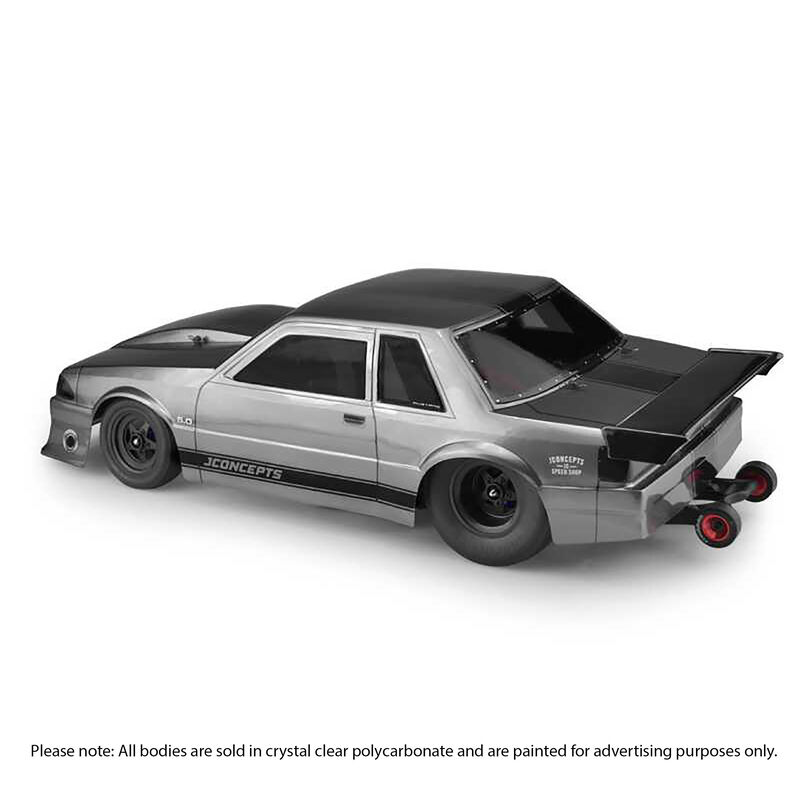 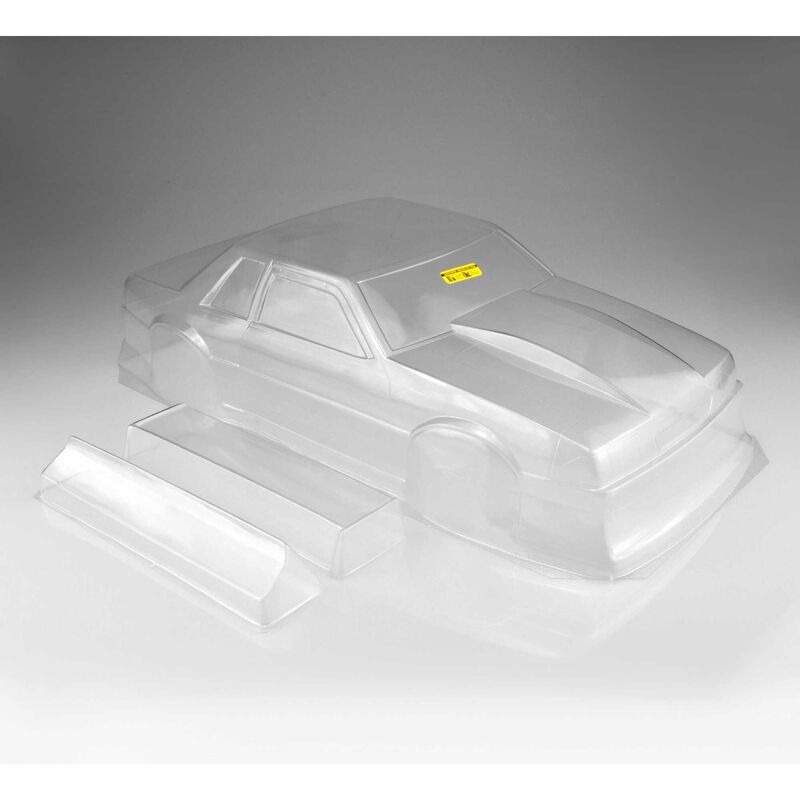 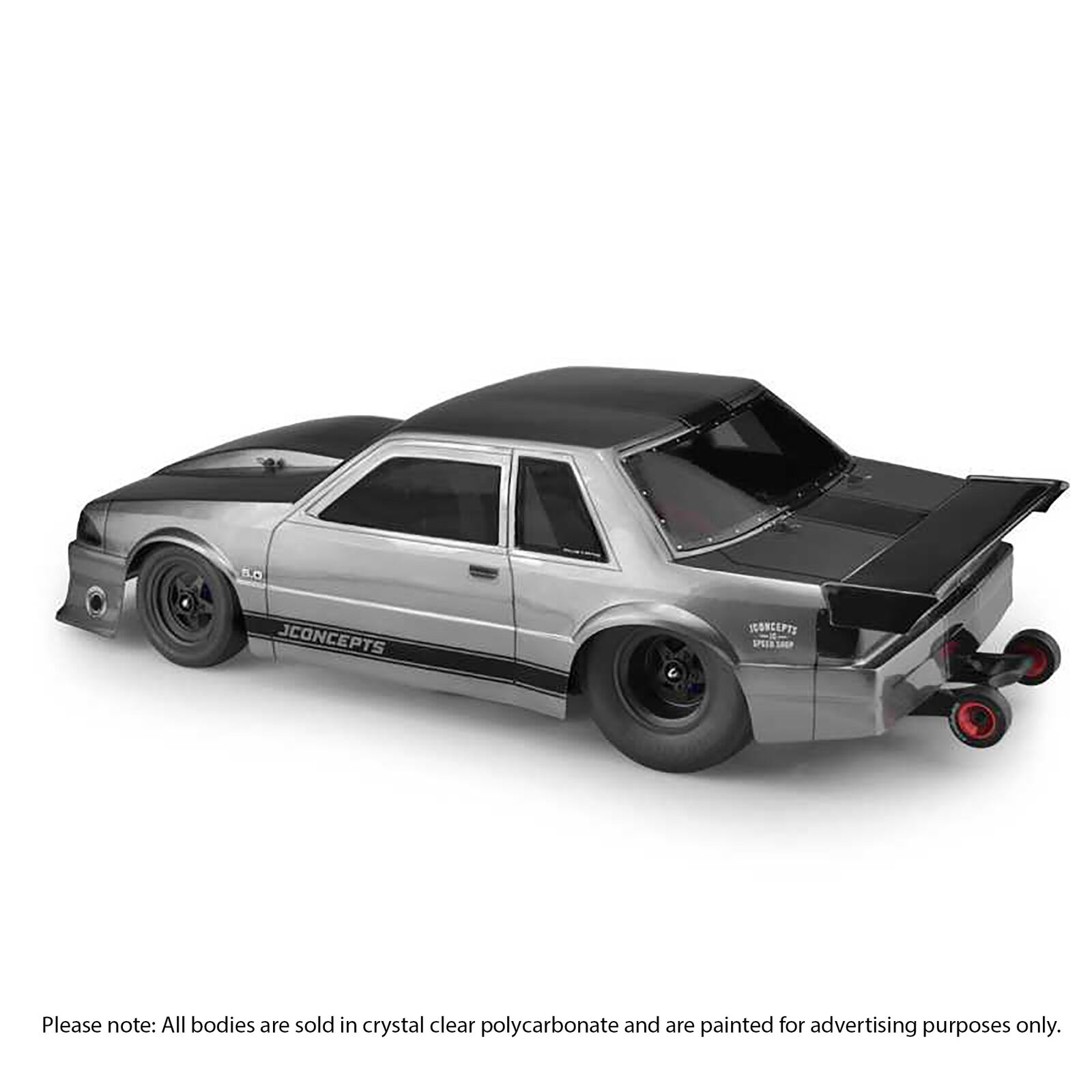 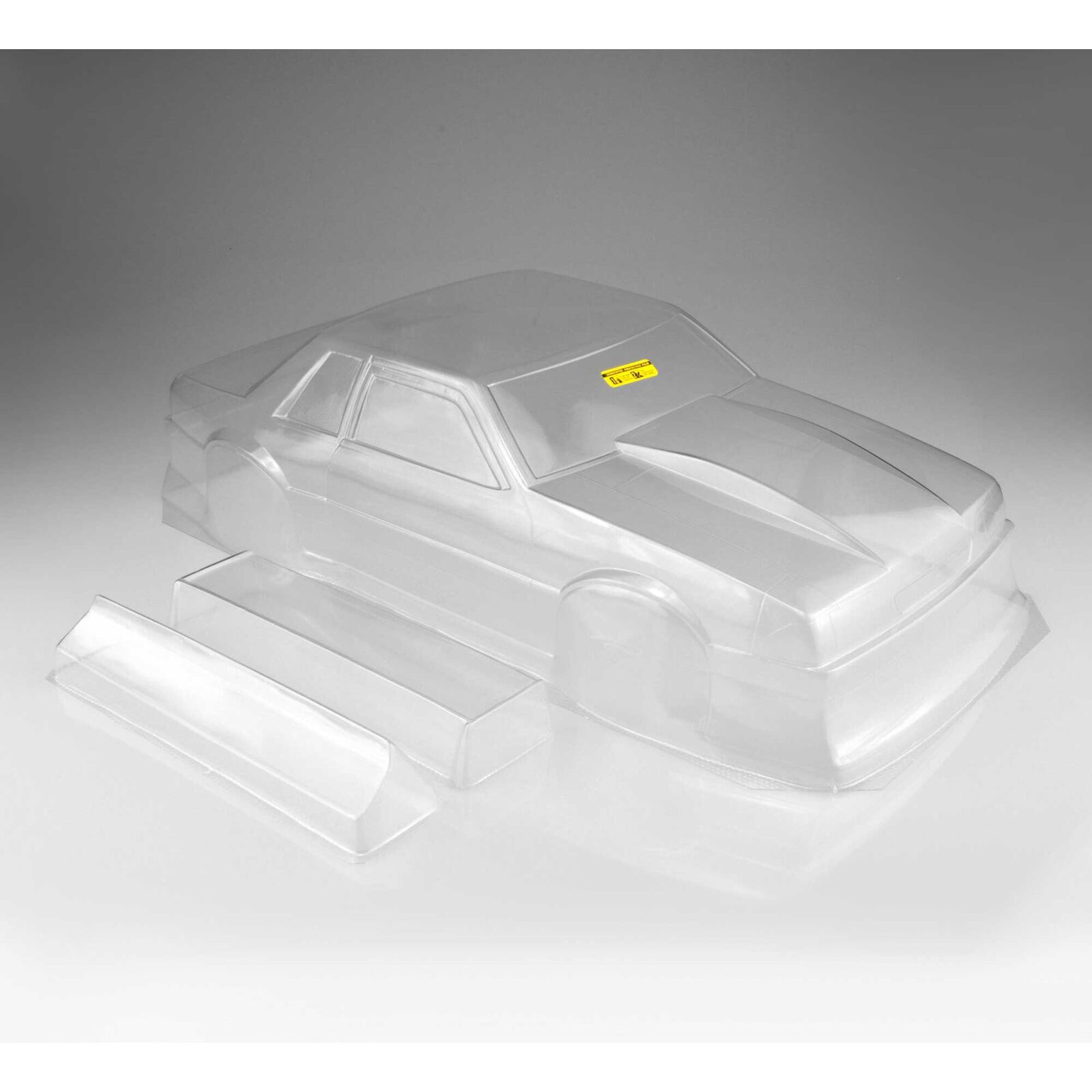 JConcepts has adapted the iconic 1991 Ford Mustang into a street eliminator machine. The Mustang is intended for street racing and drops to popular SCT conversions and drag racing builds currently in the market. You certainly don’t have to be a professional driver or performance enthusiast to enjoy a Ford Mustang. The only prerequisite is an appreciation for the fun of driving and the need for speed.

One look at the JConcepts design and realization sets in, this is one bad racing machine. The ground effects styling tells you this car was not designed with basic transportation in mind, its meant to hit the track in a straight-line. After more than a quarter century, the Mustang is still a favorite, mention the words “Fox body” and you’ll always get smile from any motor head. It’s really pretty simple, with a Mustang, you get a contemporary and bold look, legendary fighting spirit and huge driving fun.

JConcepts looked to build on the street eliminator class by adding the “Fox Body” to the line-up. With past success used as a guideline, the R&D team spent time breaking down the early model Mustangs and arrived at the roughly 12.75” wheel base and 10.75” width. The size accommodates the trend of utilizing SCT trucks as drag racing platforms. The end result has a low-slung appearance, tight wheel well openings, hood-scoop, bobbed tail and an extended front fascia. As an addition, JConcepts has included a rear spoiler option which attaches with an under / over technique.

Each package also includes a the custom window mask, 1991 generation Ford Mustang specific decal sheet and clear polycarbonate body. The product is always backed by JConcepts customer service, supported and used trackside by our world-wide racing team and developed by professionals with style and authenticity.

JConcepts relied on its strength of team drivers and enthusiasts for this creation. The research team attended the 2018 Super Nationals at Texas Motor Speedway. Fred Reep and JD Crow displayed the new body as a first look to a crowded field of RC drag racers. The JConcepts prototype was mounted on a Traxxas Slash 2wd base vehicle converted to drag racer. The build team constructed the vehicle using as many stock Traxxas components as possible including Bandit suspension arms and big bore performance shocks.

The end result has the Slash / Bandit combo ready to race for street eliminations in any bracket racing formula. A complete decal package was custom created and fit to each section of the body. Licensing approval was completed in July of 2018 with Ford for the most authentic look and finish. Photos, video and production shots followed up to the official release. For more information on building a Traxxas Slash, Street Eliminator concept, check out the feature in the JConcepts Garage.

The lower rear spoiler support is mounted carefully to the back of the trunk using double sided tape or shoe goo (not included). The upper wing section sits down on top of the base and is attached with the same technique described above. The rear spoiler provides the look and finishing touch to the street eliminator project.

The Ford Mustang body measures approximately 12.75" wheelbase and the inside dimensions of the body are 10.75" wide front and 11.375" rear. The body is built for a 2wd SCT wheelbase length and narrowed to more resemble the original 1:1 counterpart. It's helpful to plan your build, take measurements and modify your platform to fit inside the boundaries of the body.

The JConcepts display vehicle is fitted with and available separately, Hotties tire (#3193 front) and (#3194 rear) made specifically for the 12mm hex StarTec wheels (#3387B) front and rear. The Hotties are purpose built drag racing tires that look the part and available in multiple compounds to suit demanding needs. The StarTec wheels are injected molded for durability and light-weight performance and available in the stealth black color.