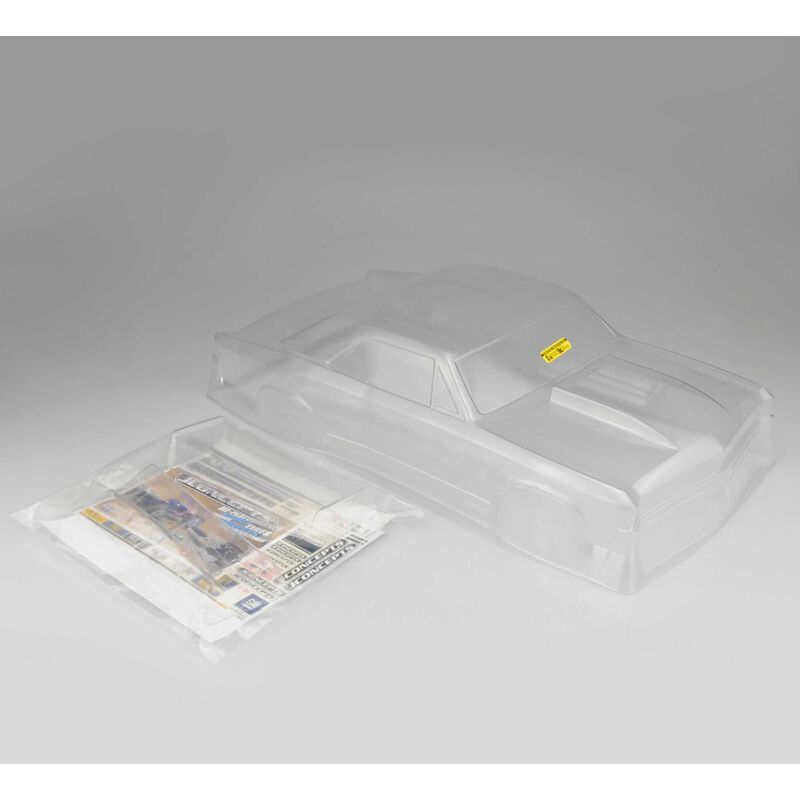 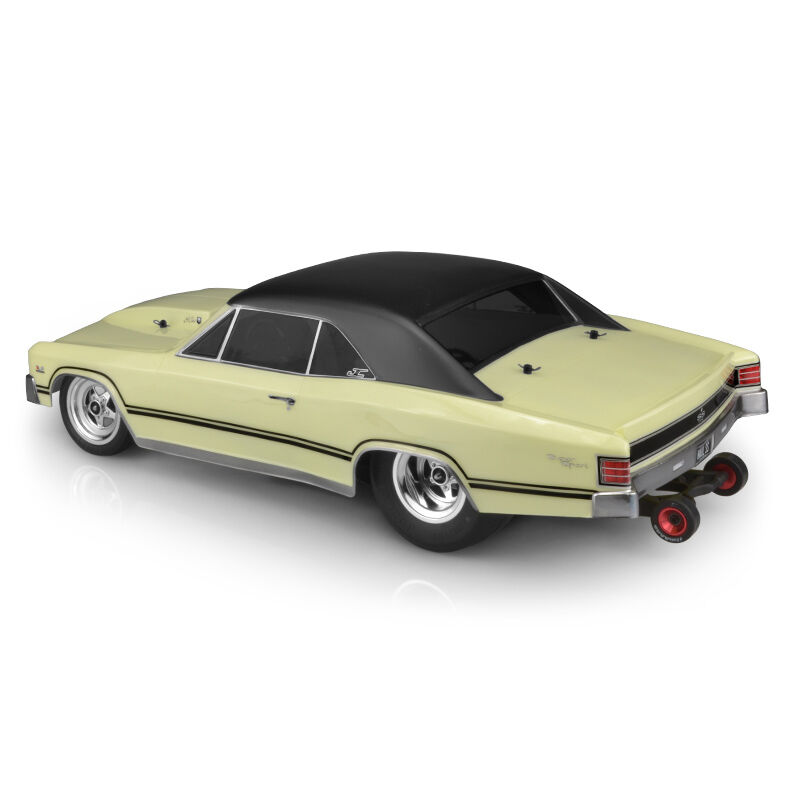 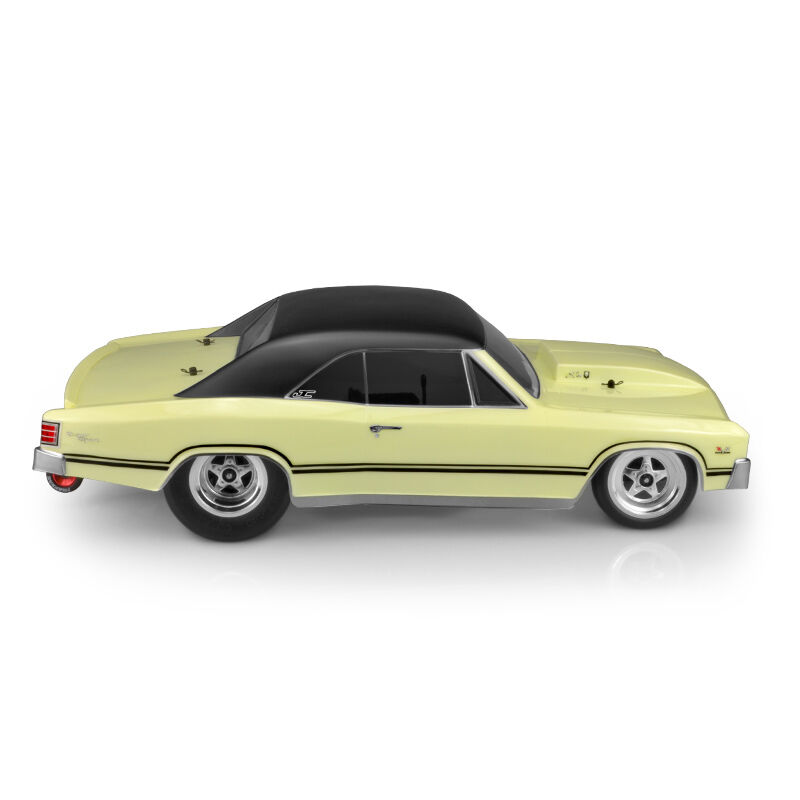 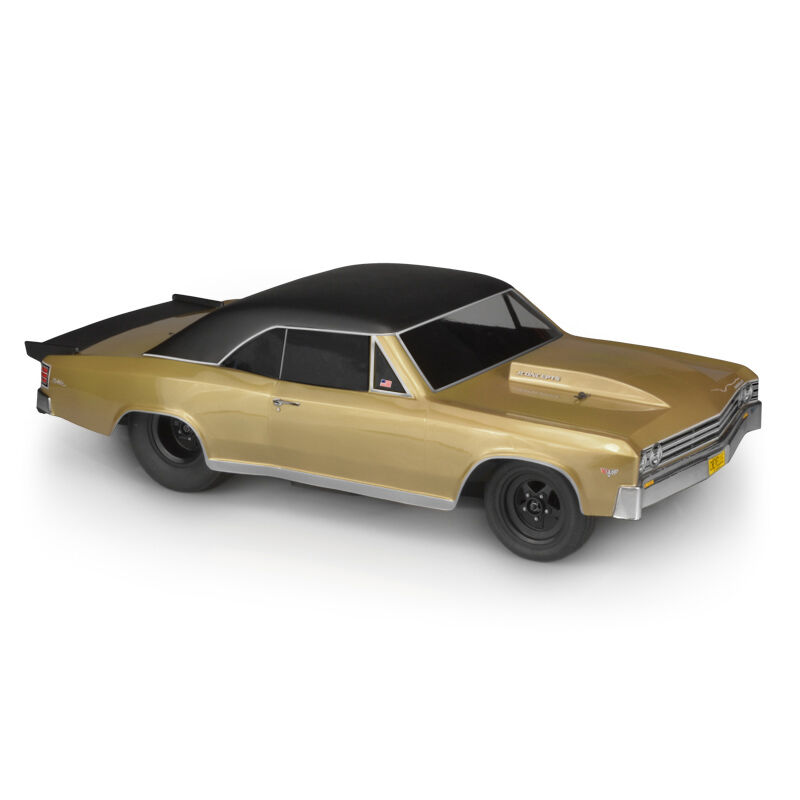 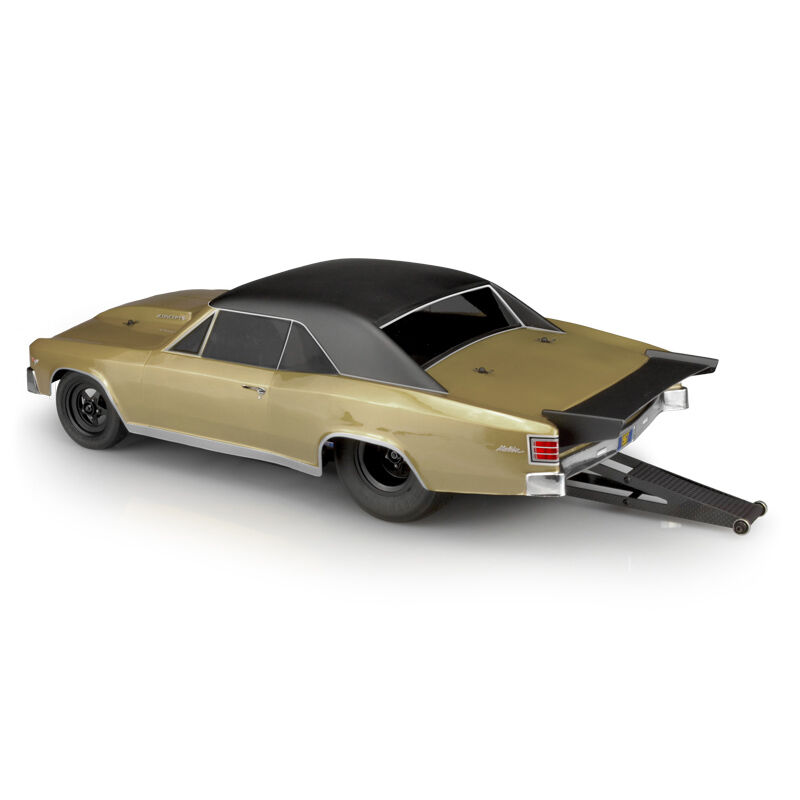 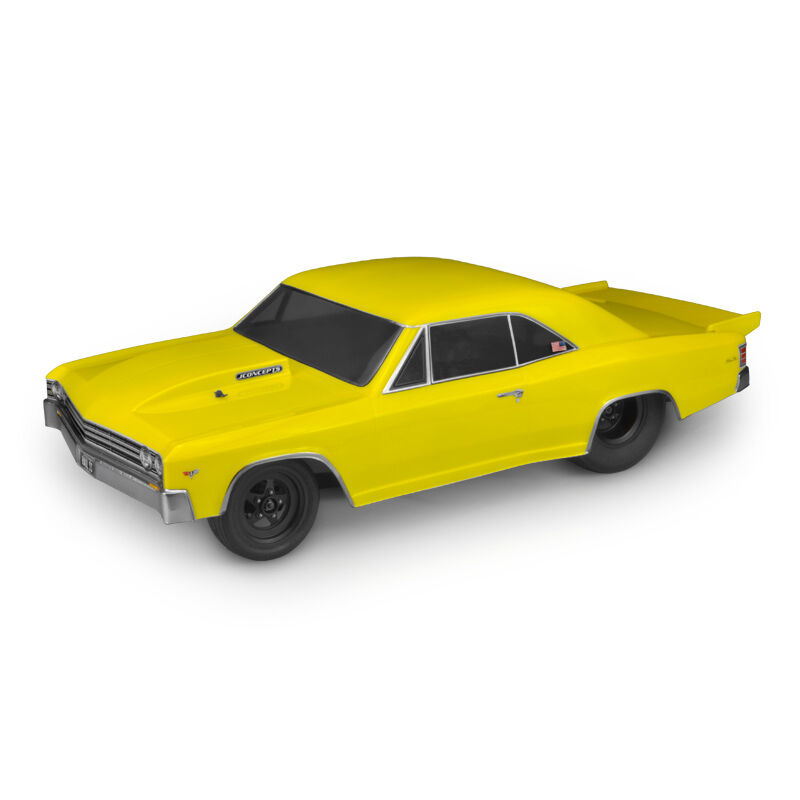 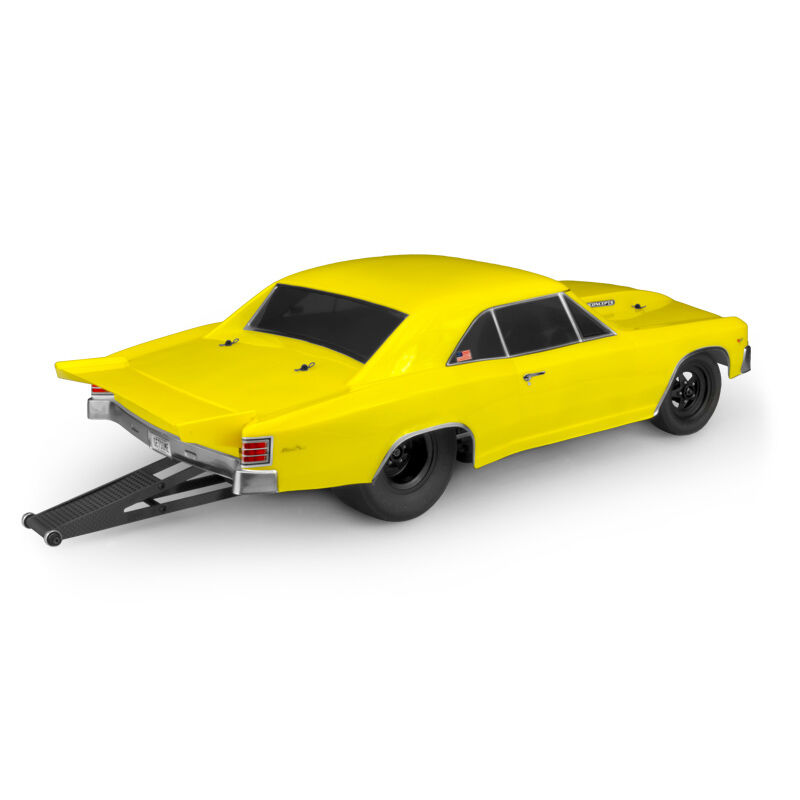 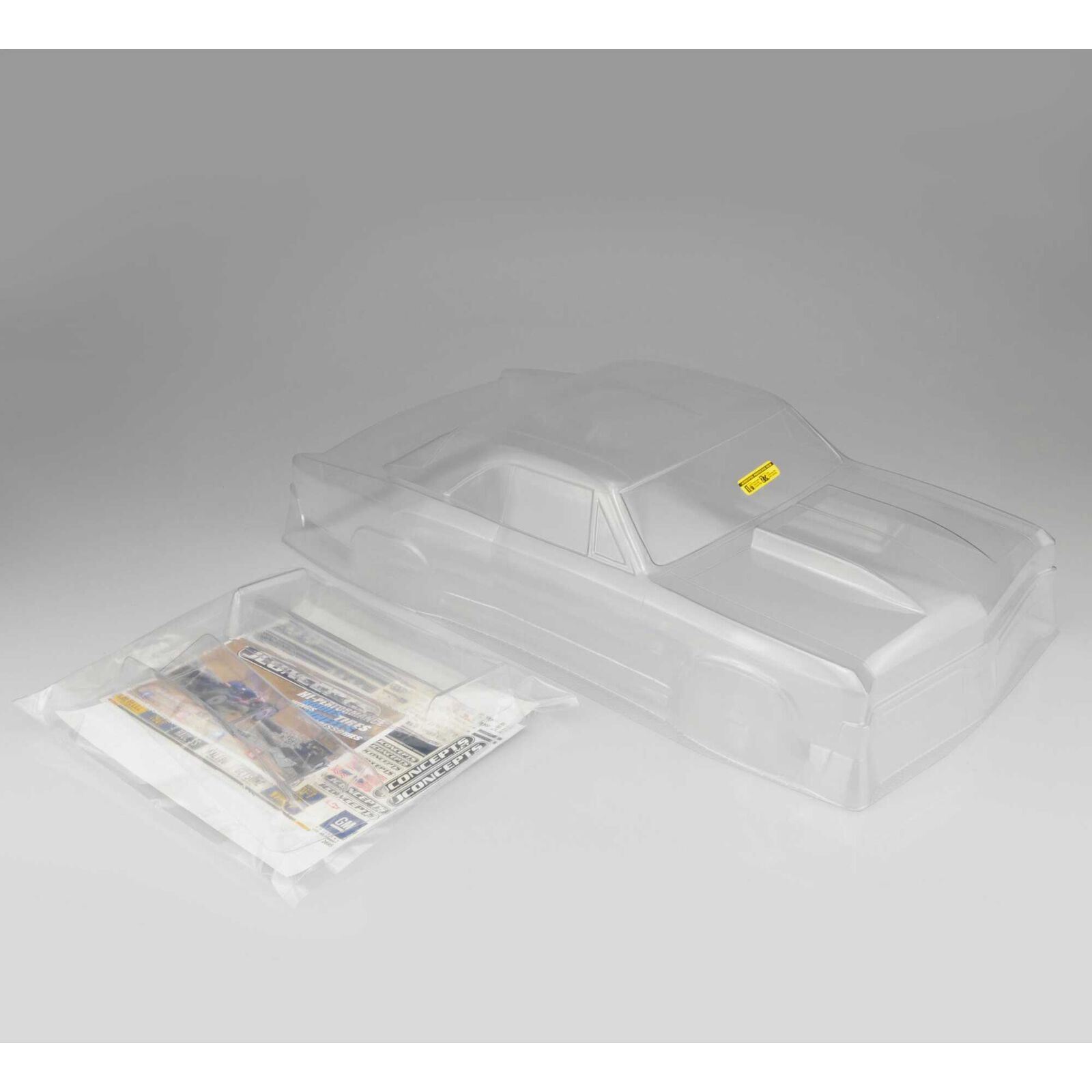 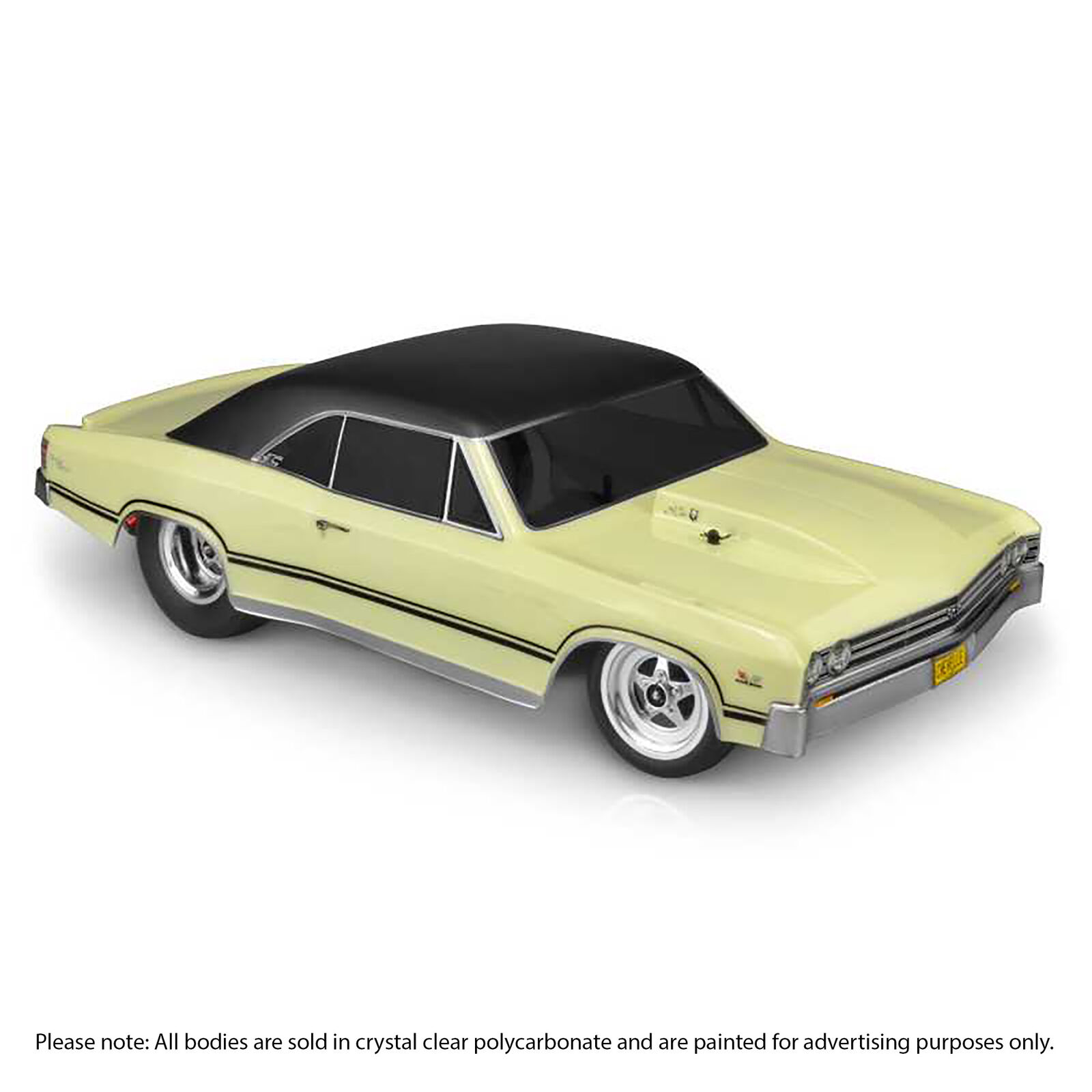 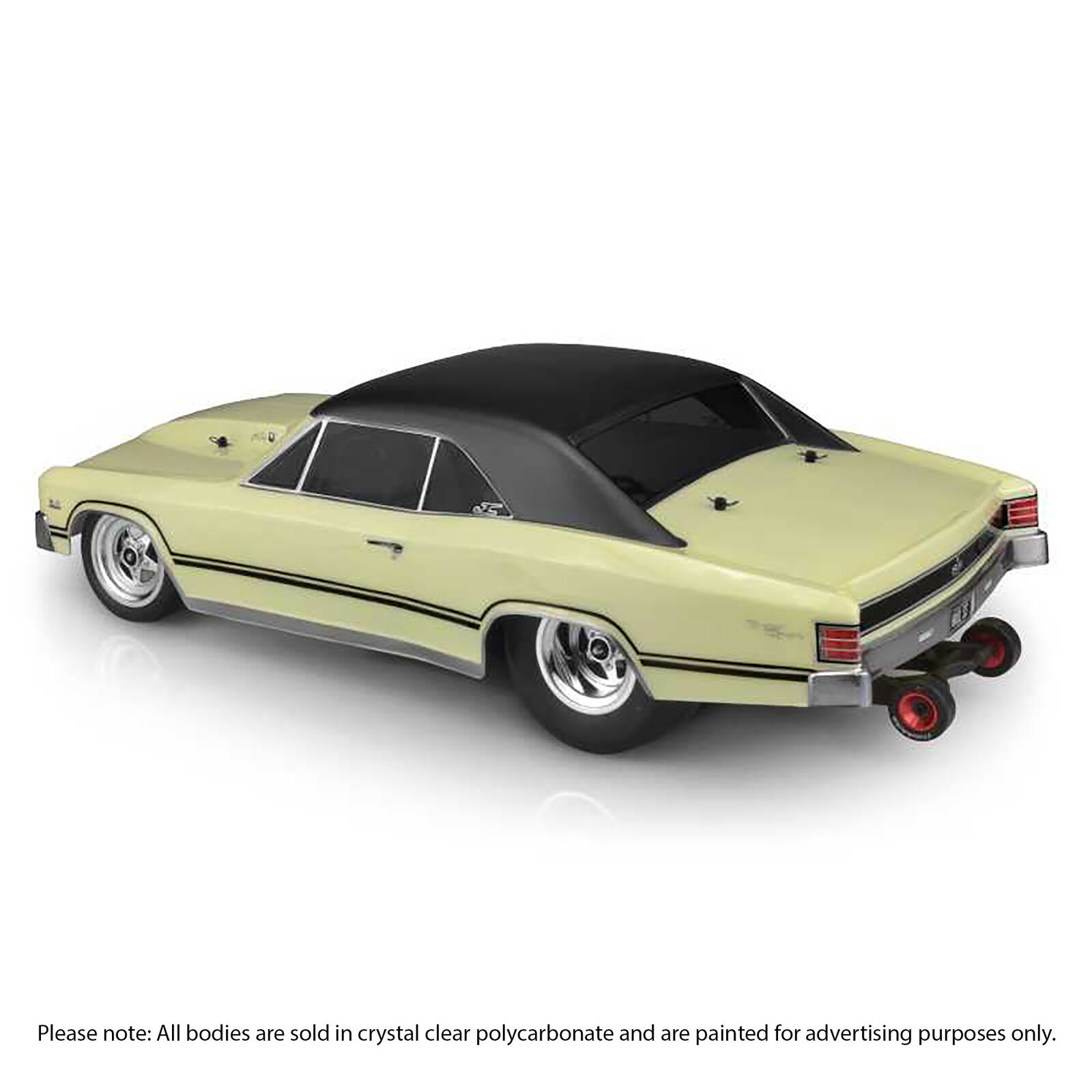 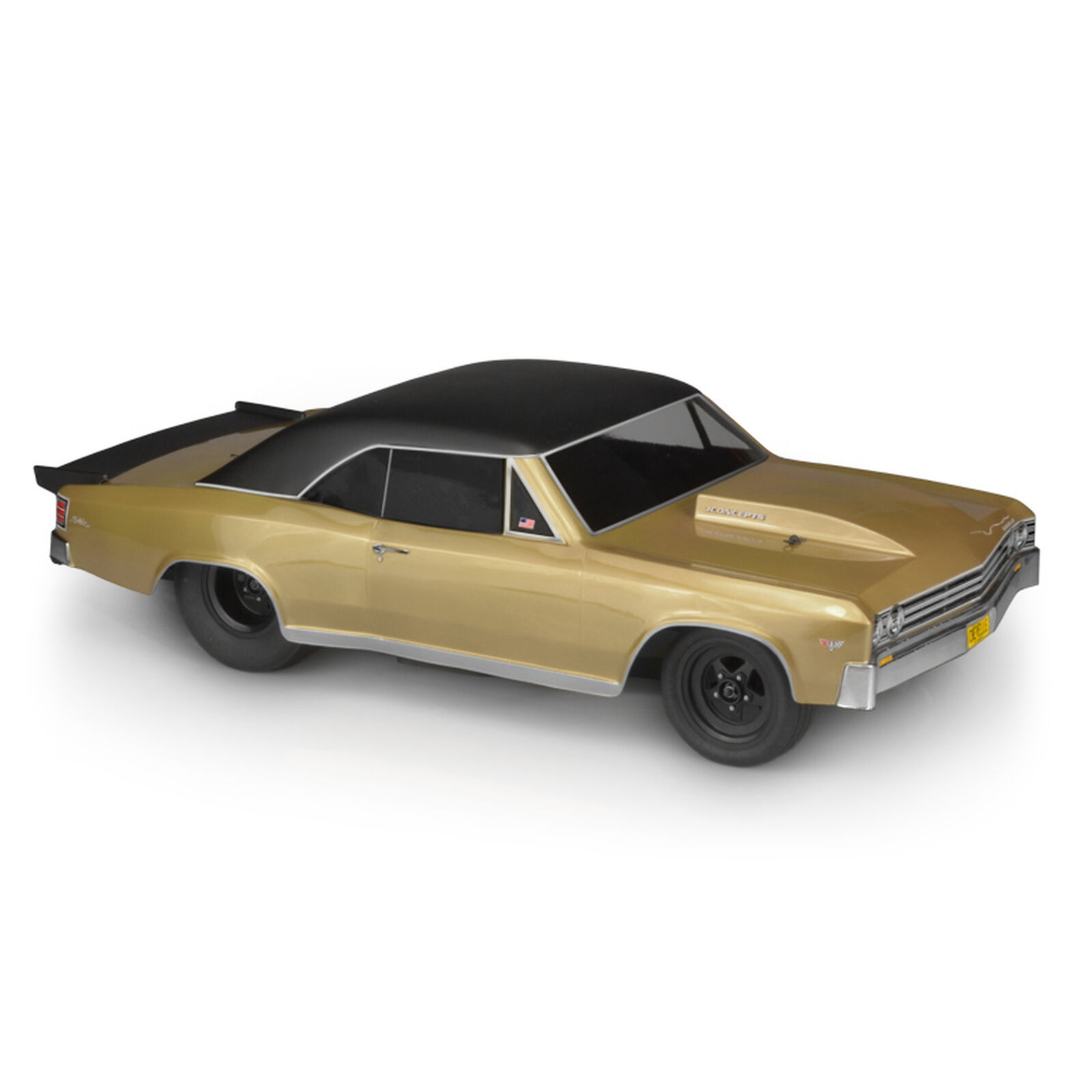 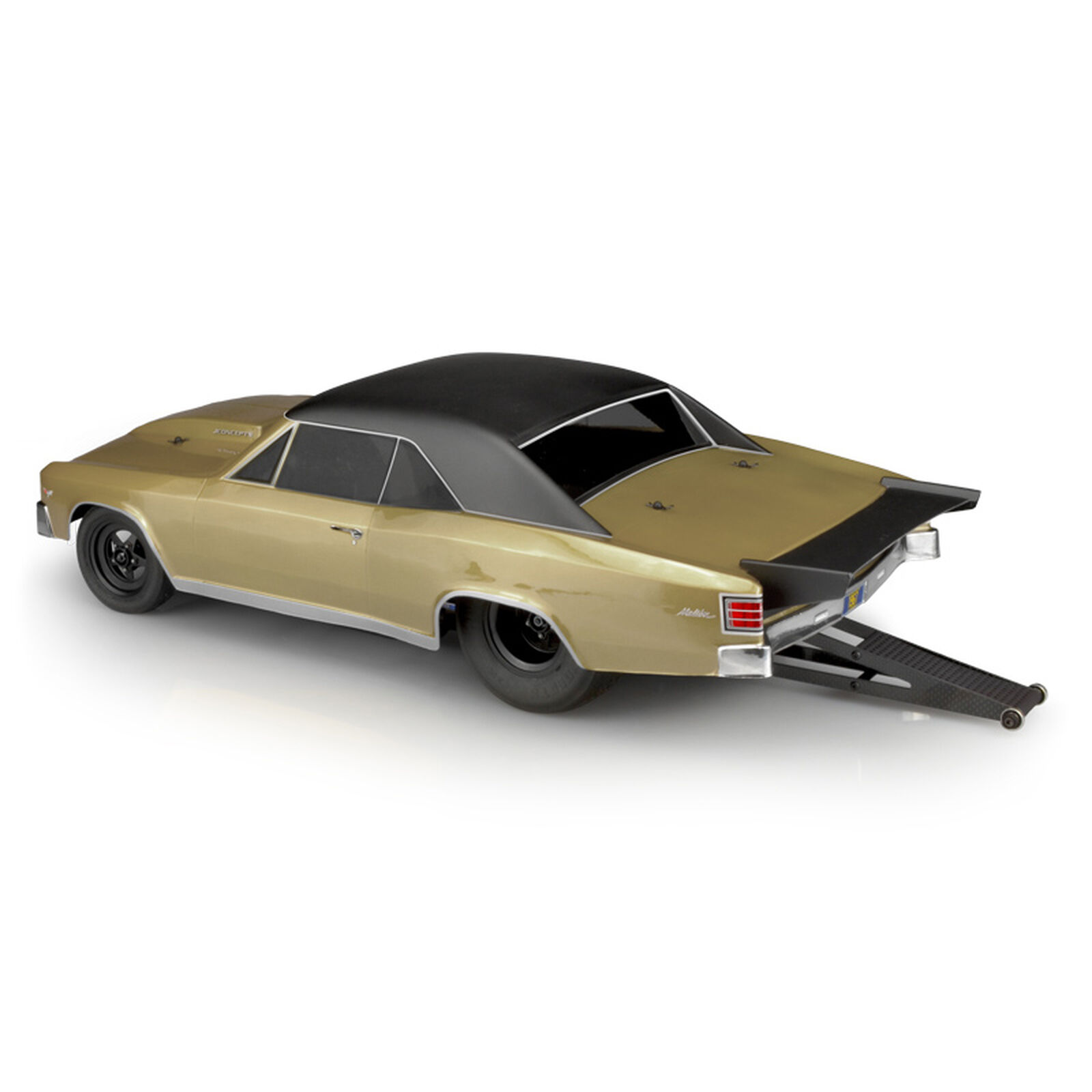 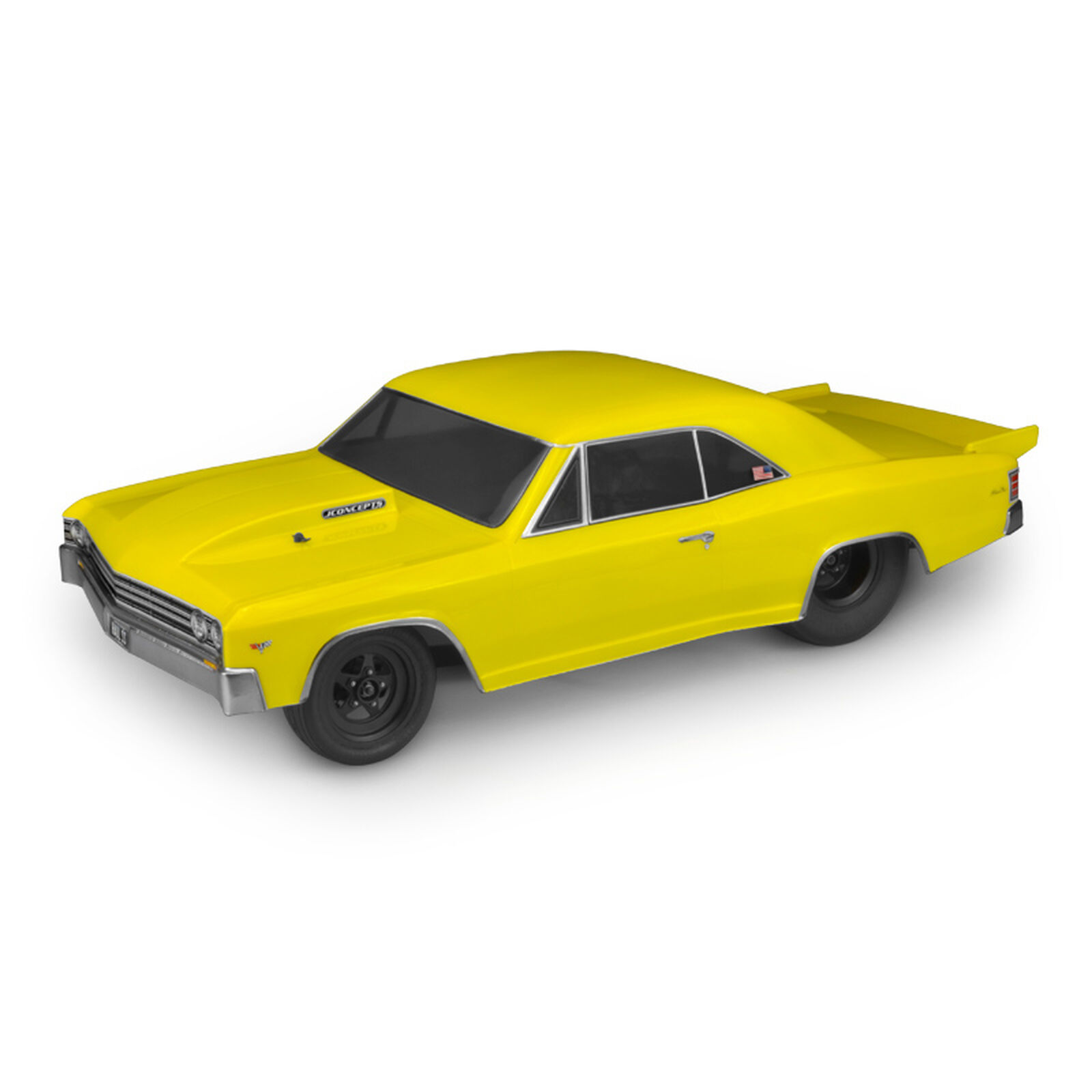 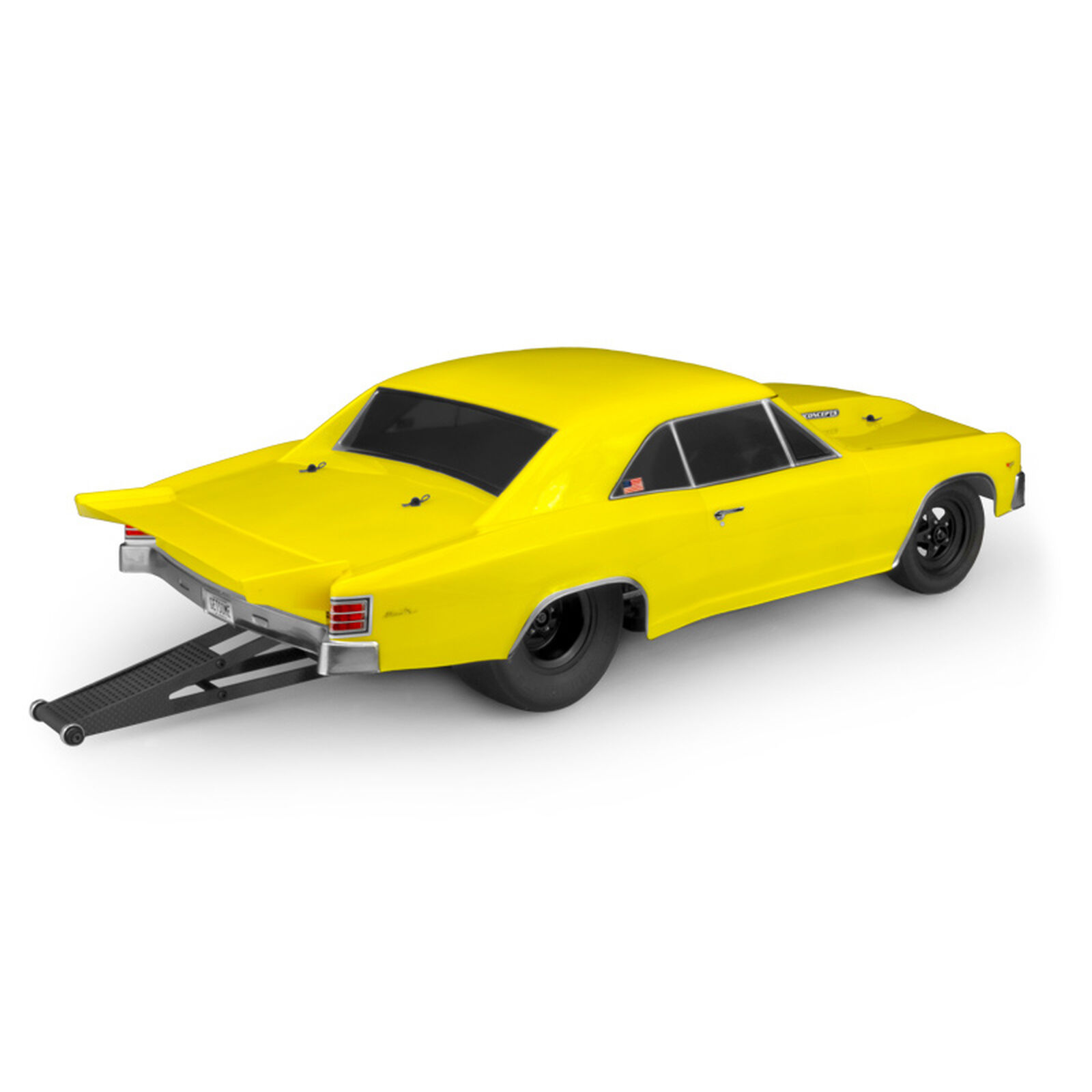 One of the crown jewels of the muscle car generation is the 1967 Chevrolet Chevelle. It was a potent street weapon and a notable day-to-day automobile, but its strength, is one of the most classic models to ever roll-off the General Motors assembly line. As the brochure claimed in the late 60’s, "What you'll see will probably bring on a severe compulsion to go driving.”

As the street eliminator class heats up on the circuit, JConcepts has faithfully recreated the icon in full detail. Like all vehicles of this generation, the imagination was amazing in the design department, swooping lines, hard edges and statement making trim packages. The corners of the front-end are pointed and wedge down to point the driver in the correct direction. The hood-scoop is planted along the center-line of the vehicle bringing that drag-strip inspiration.

The roof and coverage of the Chevelle is large and in charge, plenty of head-room for the scale drivers and accessories fans can deliver. At every turn, the Chevy pinches off a piece of nostalgia right back to the trunk lid and hidden rear window treatment. One of the staples of the 1967 is the long rear deck lid and large wraparound taillamps with standard backup light mock-ups.

A complete sit-down conversation was needed in the creation of the specialty decal sheet. The mass amount of coverage, angular fitment with proper badges along with a host of license plate tag-lines made the process a success. Each body also includes the rear wing option to finalize the street eliminator look. The lower rear wing support is mounted carefully to the trunk using double sided tape or shoe goo (not included). The upper wing section sets down and provides the look and finishing touch to the 1967 classic.

The 1967 Chevy Chevelle body measures a 13" wheelbase and the inside dimensions of the body are 10.75" wide front and 11" rear. The body is built for a 2WD SCT wheelbase length and narrowed to more resemble the original 1:1 counterpart. It's helpful to plan your build, take measurements and modify your platform to fit inside the boundaries of the Chevy body.