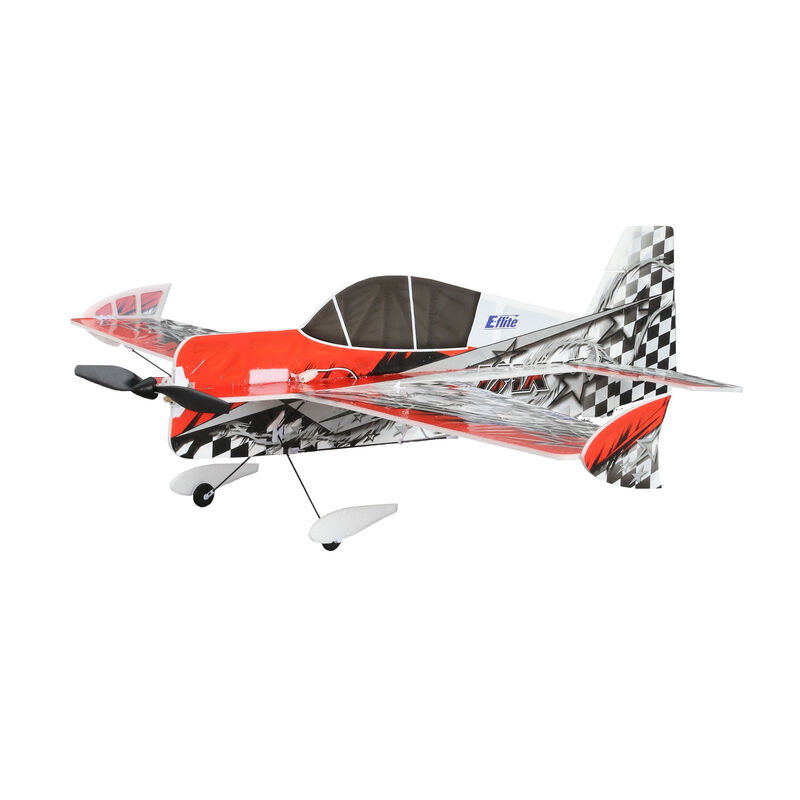 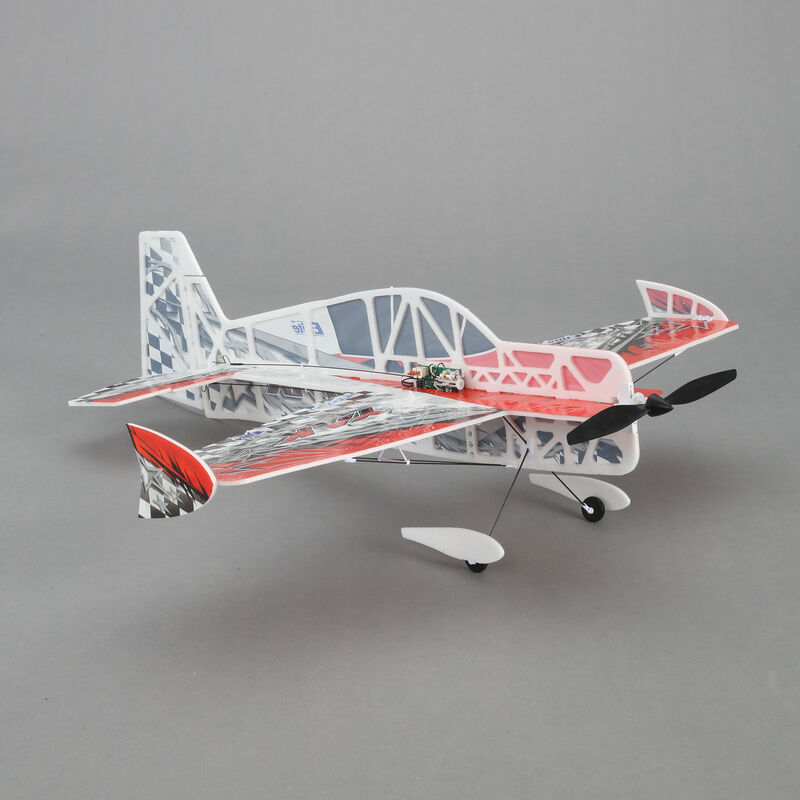 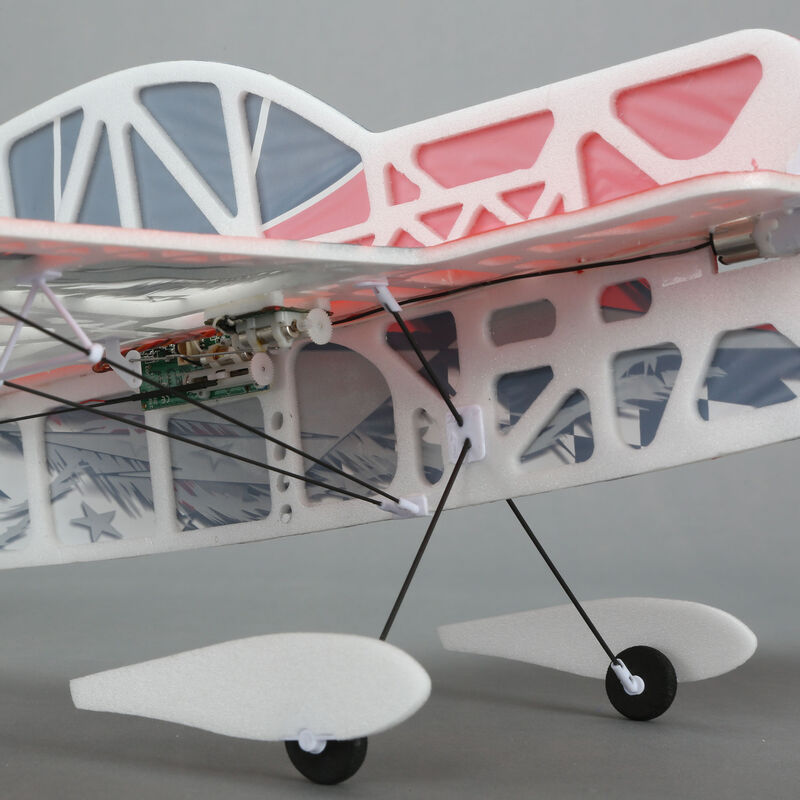 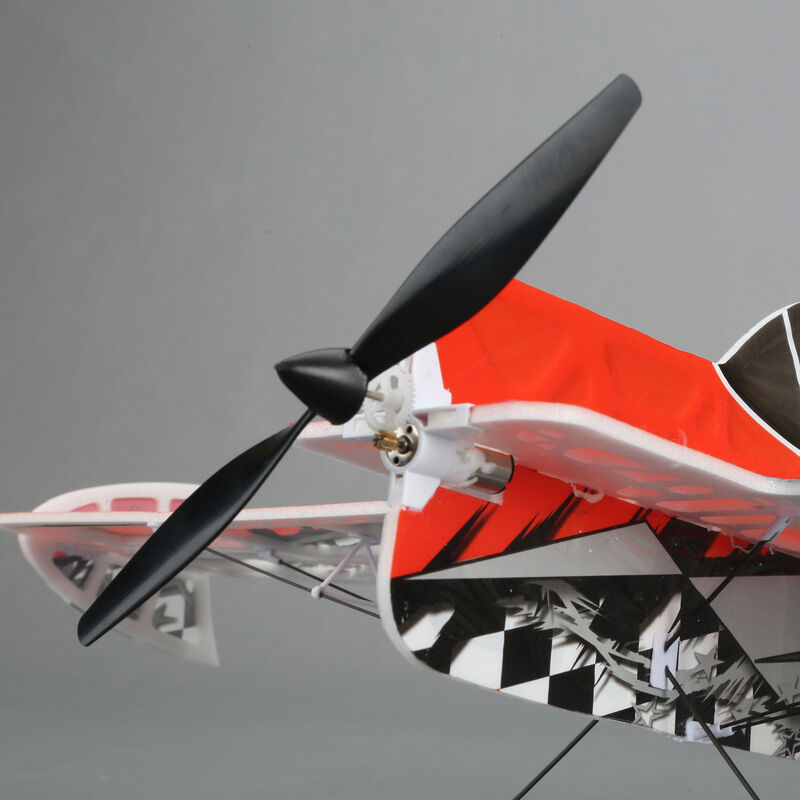 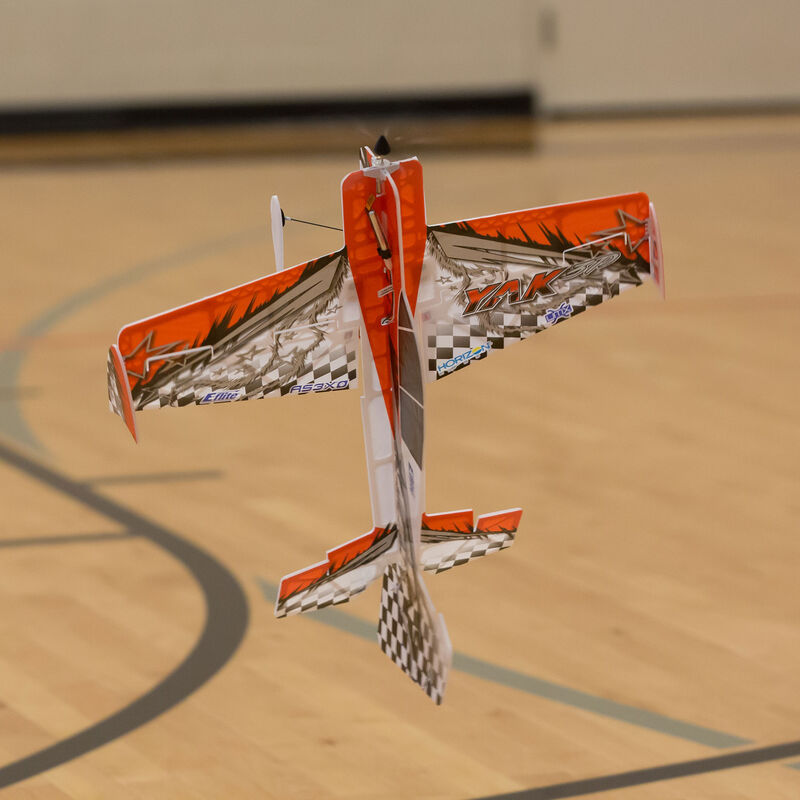 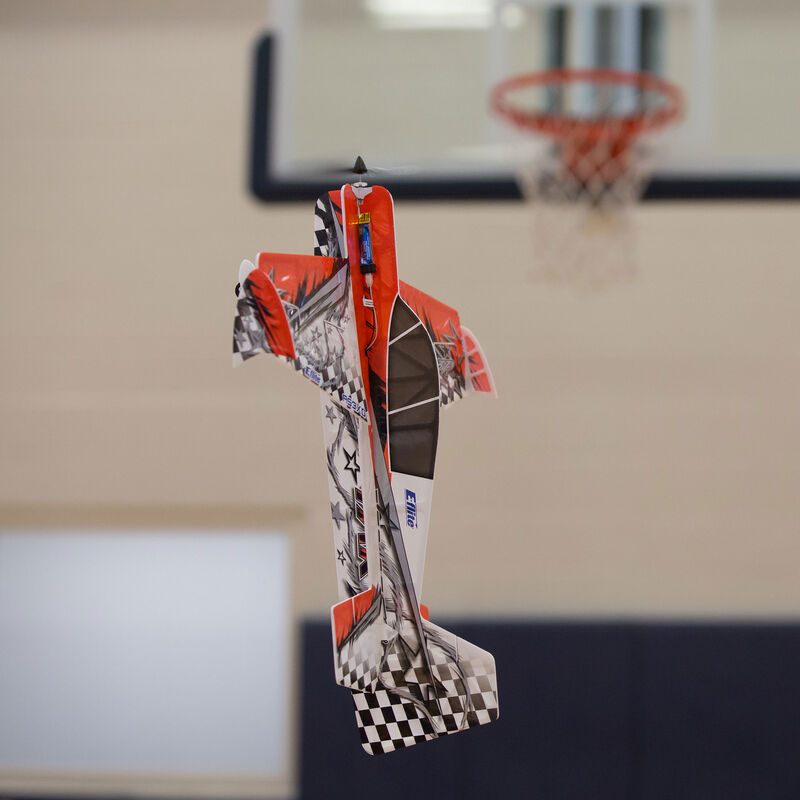 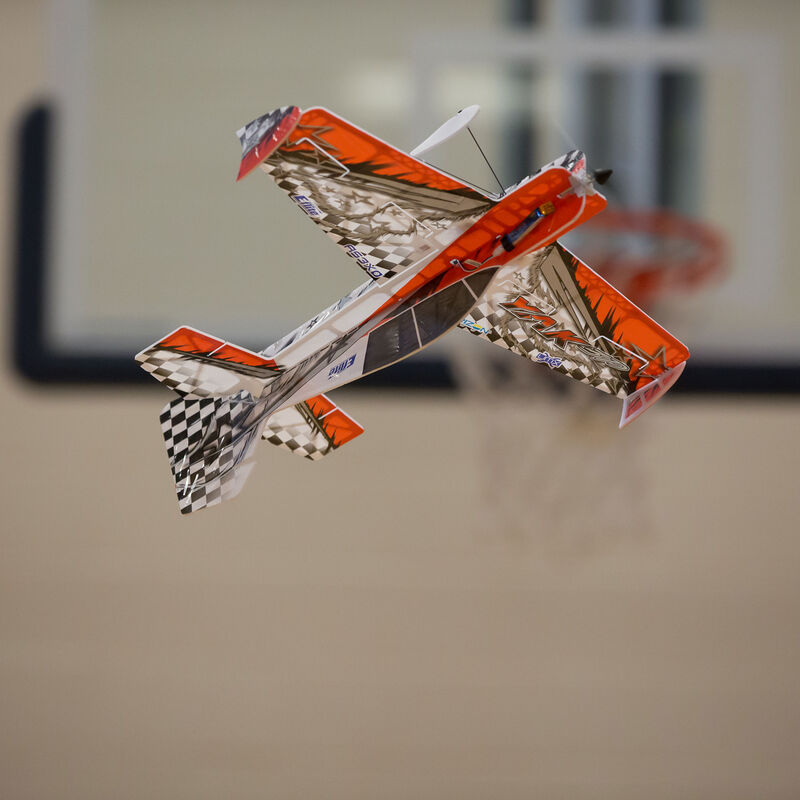 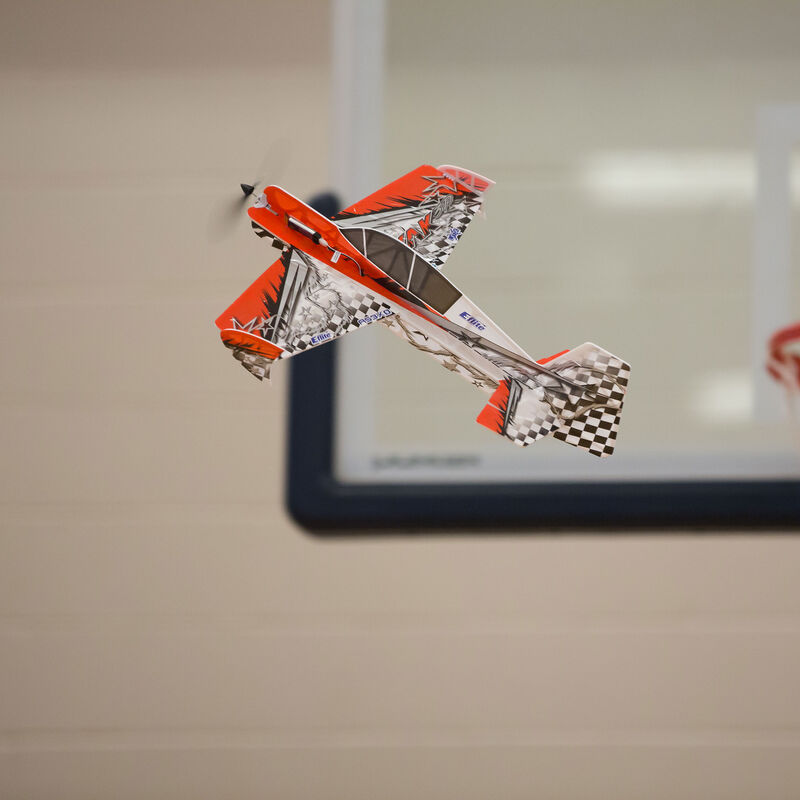 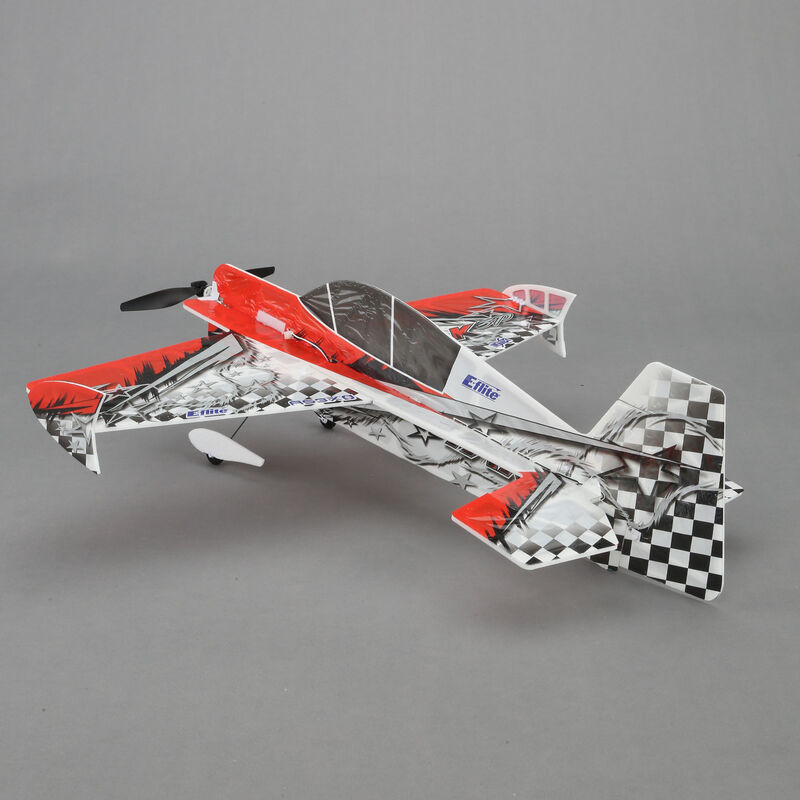 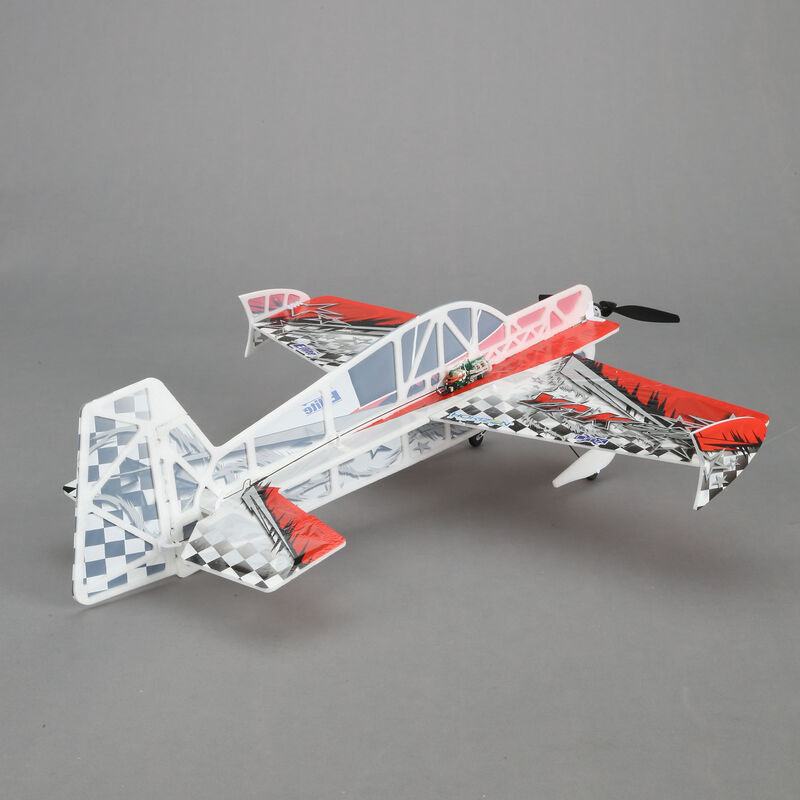 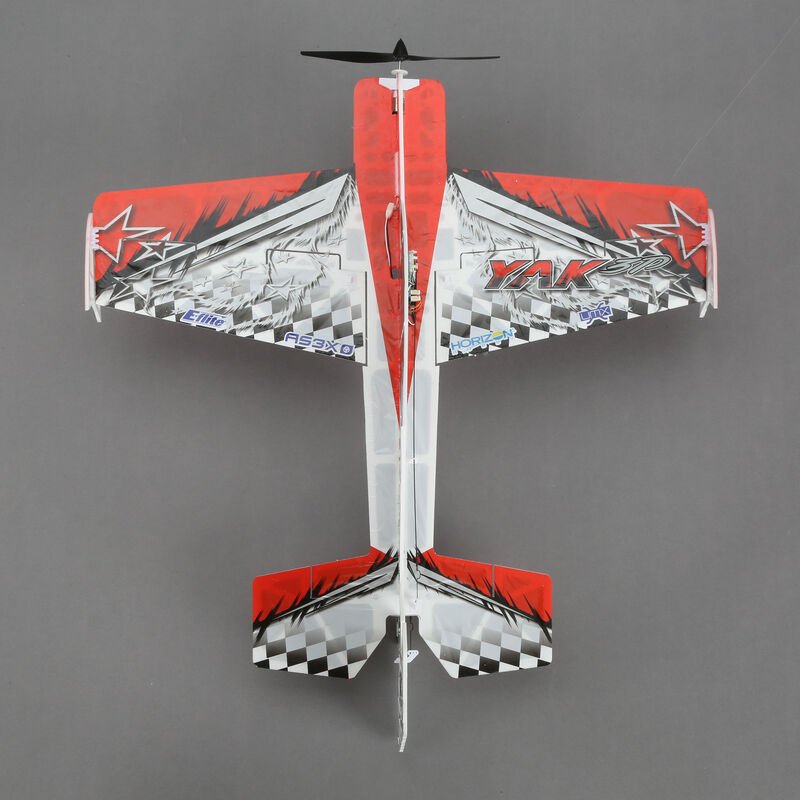 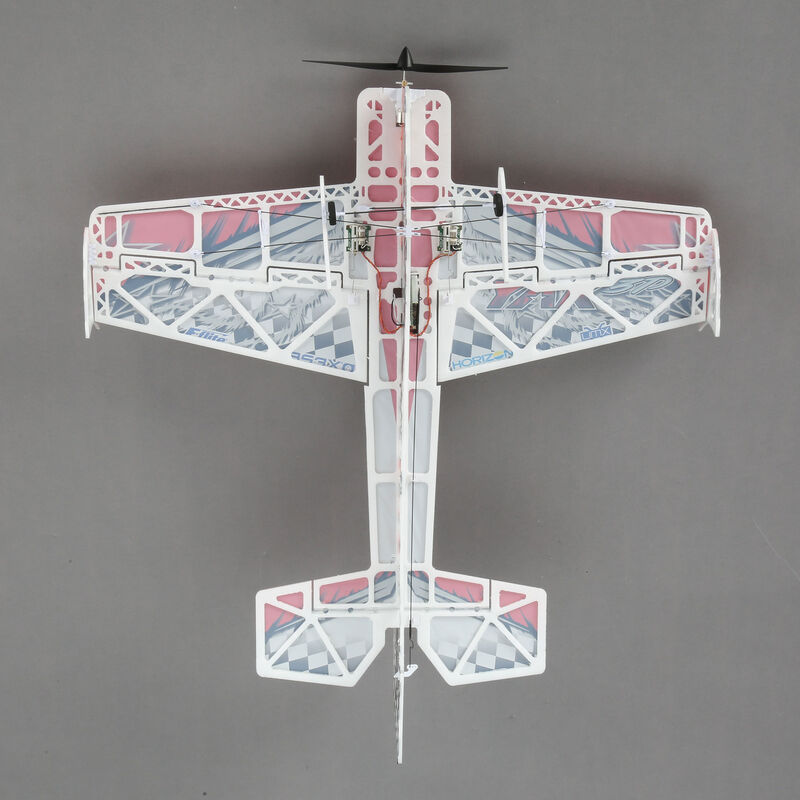 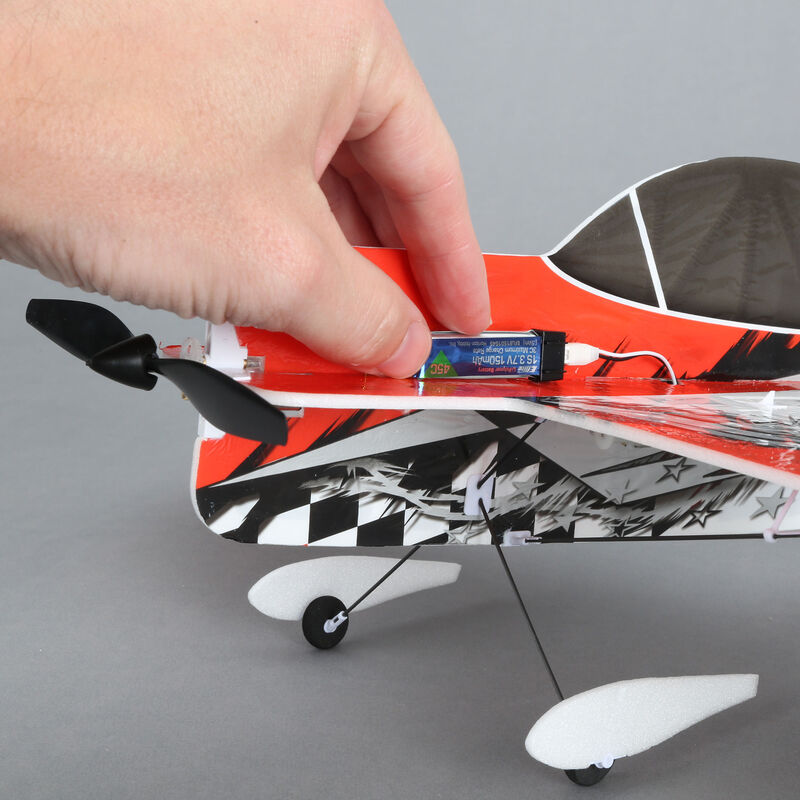 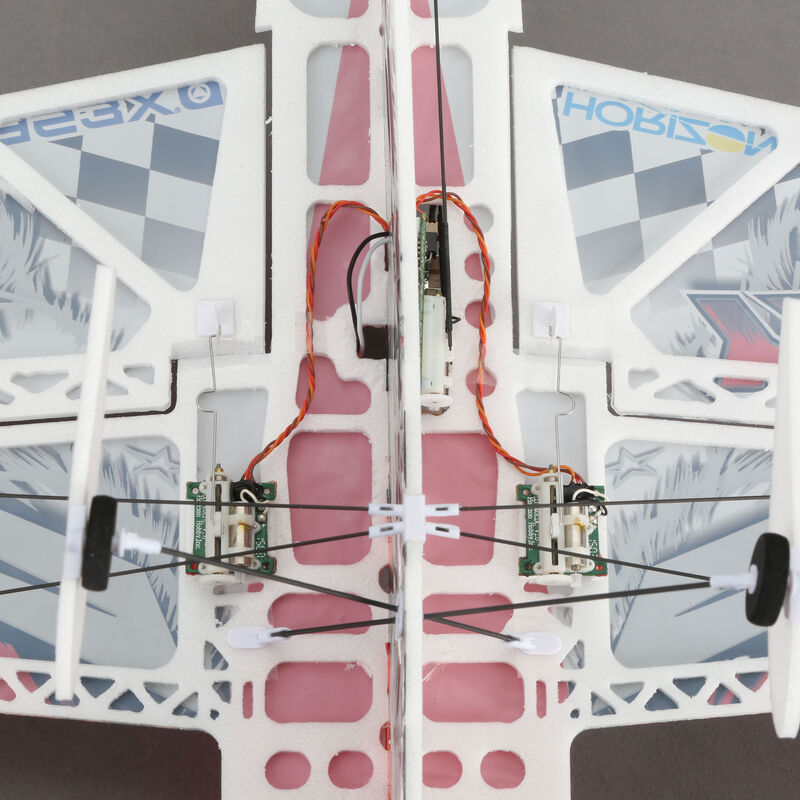 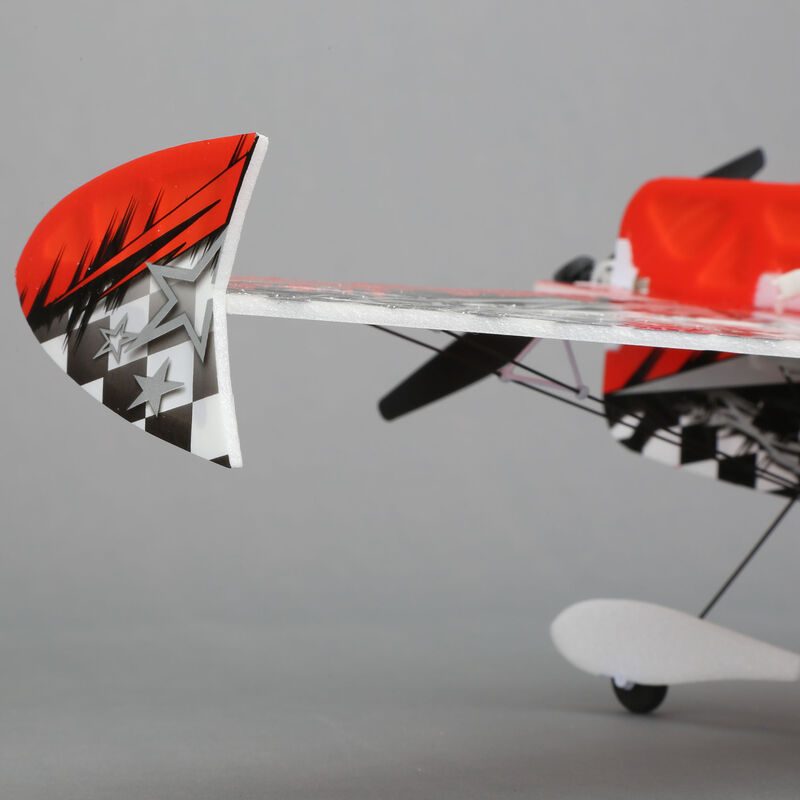 With a flying weight of barely over an ounce (36 grams), the compact UMX™ Yak 54 3D ultra-micro is small enough and light enough to be flown just about anywhere. But what really sets it apart is its specially tuned AS3X® stabilization system. This exclusive technology makes it easy for sport pilots to discover the fun of hovering and harriers without sacrificing any of the agility an expert 3D pilot demands.

The AS3X® (Artificial Stabilization - 3-aXis) technology in the model's receiver makes it easy to discover the fun of 3D aerobatics without feeling frustrated. Using a unique combination of sensors and software, it works behind the scenes to make slow-speed and knife-edge maneuvers feel incredibly stable without limiting the aircraft's agility or interfering with your control. The plane simply stays in whatever attitude you want without making you struggle to keep it there.

The receiver also features five pre-programmed flight modes - three default modes that are active out of the box and two alternate modes you can activate later. Each has different AS3X® stability settings tailored for your skill level or the 3D maneuver you want to try.

Flight-Ready Out of the Box

No assembly is required. The model comes with the motor, Receiver/ESC and servos already installed. All you have to do is charge a battery, bind it to a compatible DSMX/DSM2® transmitter and fly. An E-flite® 150mAh 1S 3.7V 45C LiPo battery is recommended for best performance.*

Side Force Generators attached to the wing tips boost rudder authority in knife-edge flight so you can fly tighter knife-edge loops.