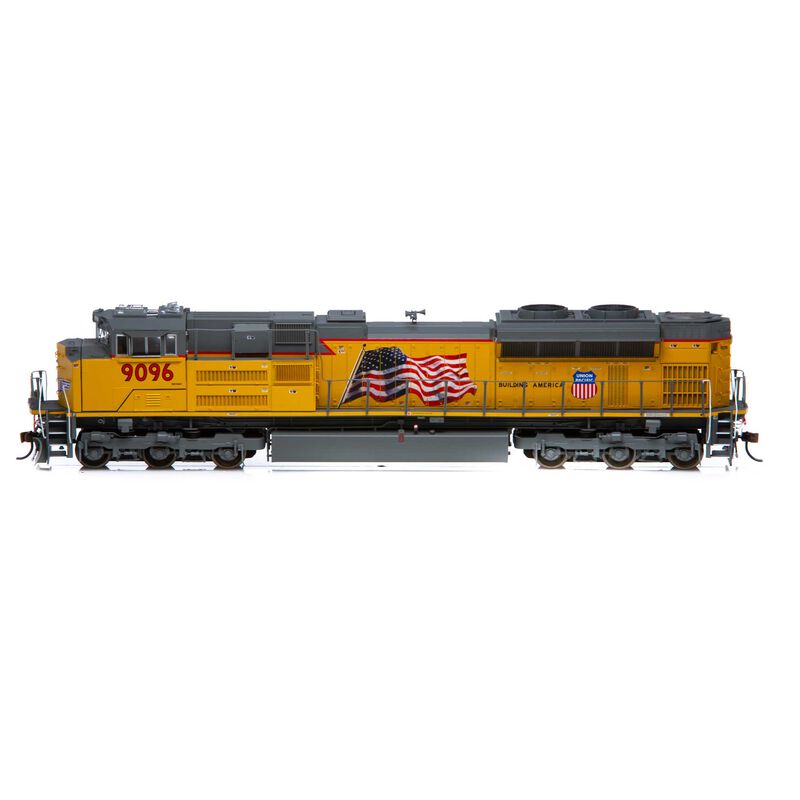 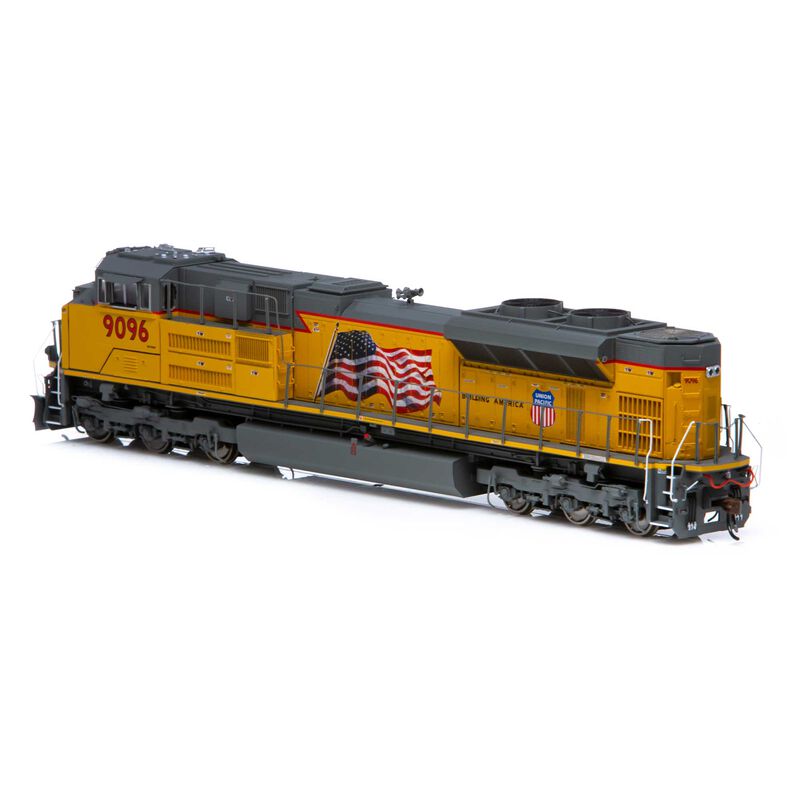 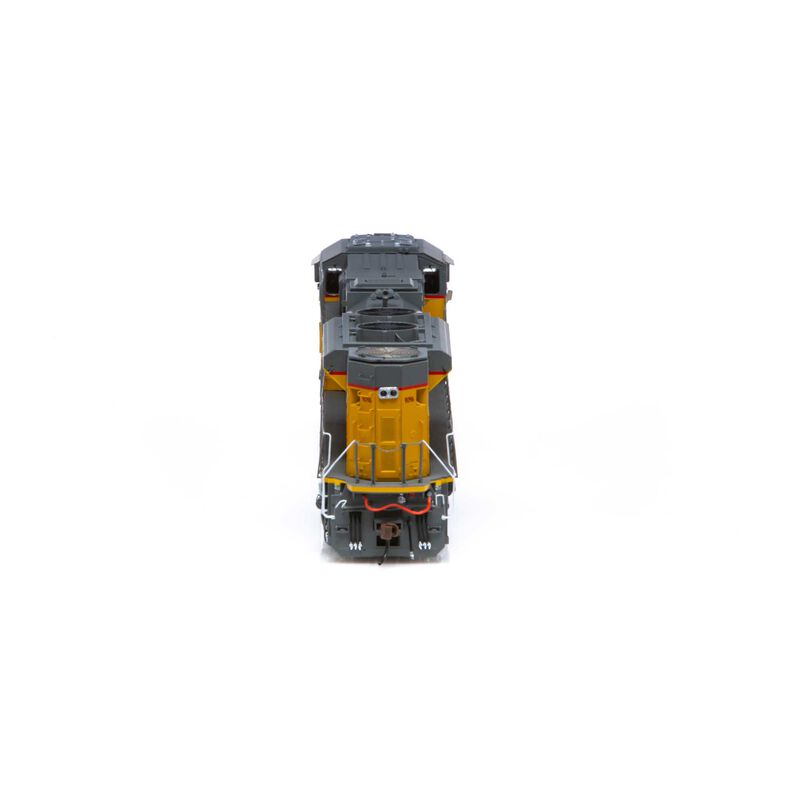 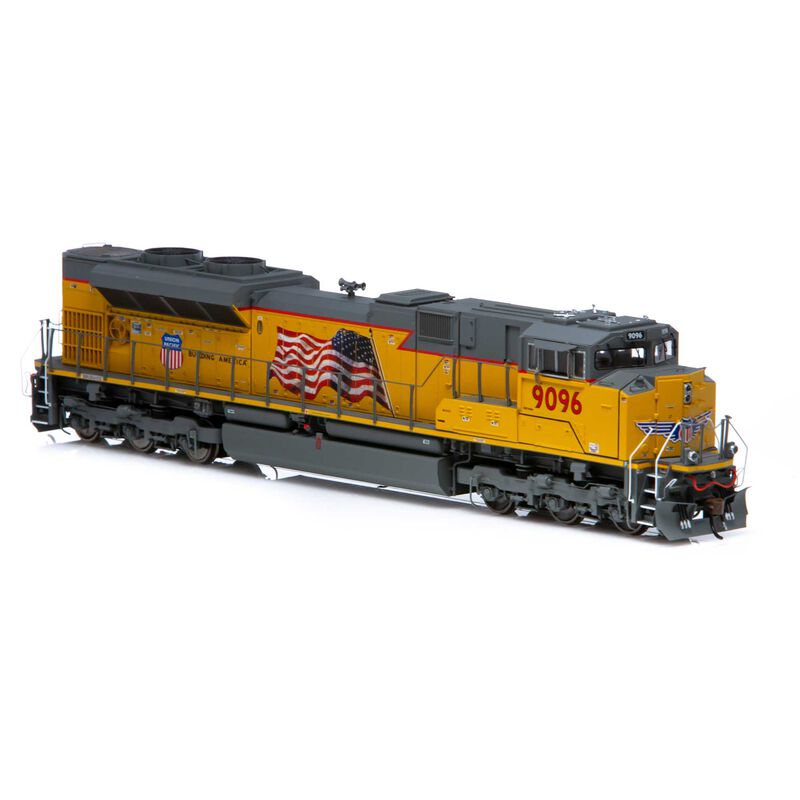 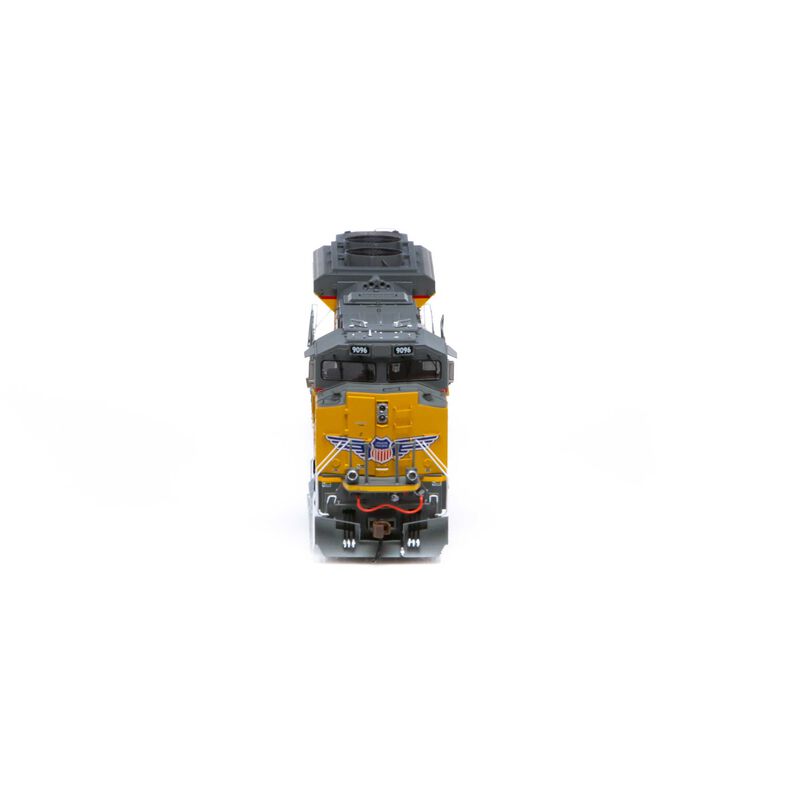 Item No. ATHG89645
This Item is No Longer Available

In order to meet stricter diesel locomotive emissions standards imposed by EPA Tier II regulations, EMD modified the SD70MAC to create the SD70ACe and SD70M-2. Each model is powered by a 16-cylinder, 4300-horsepower diesel engine. On the SD70M-2, the prime mover drives an alternator and produces AC current that is rectified to DC current, which powers the traction motors. On the SD70ACe, the DC current is then “chopped” back into AC to power the traction motors.

Much of the external design is based on the SD90 series locomotives. Similar features include the full height nose door and rectangular windshields, the large flared radiators with two fans, and the positioning of the dynamic brake equipment at the rear of the long hood. In addition, the inverters were moved from inside the long hood to a box on the walkway behind the fireman’s side of the cab.