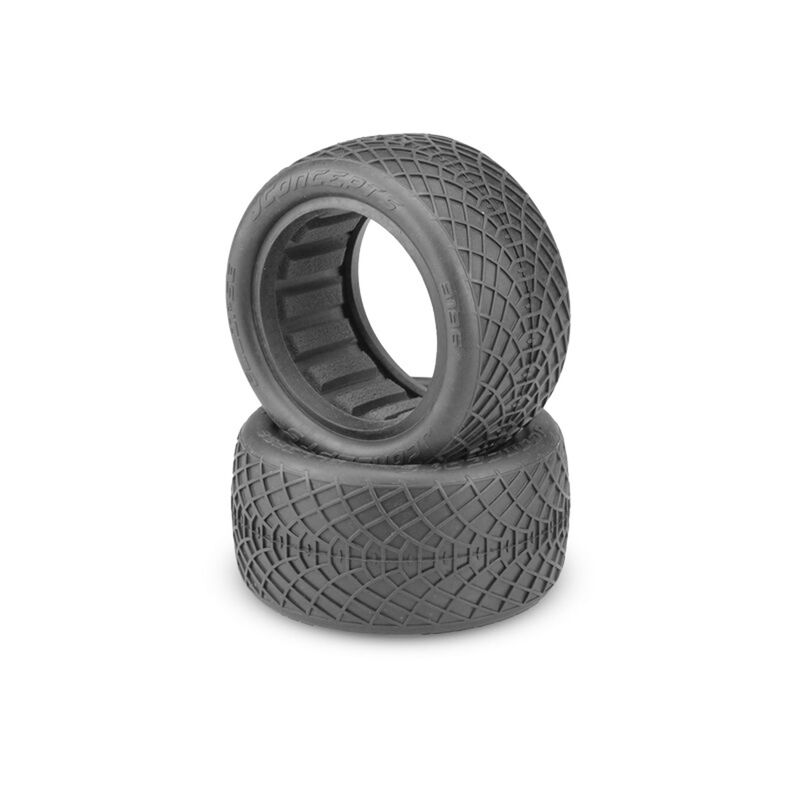 Item No. JCO3196R2
$21.00
Only manufacturer discounts can be applied to this product. Tower Hobbies coupon codes not applicable
In Stock

Share
The link to Ellipse Tires, R2 Compound (2) has been copied

The Ellipse, named after the center bar built into the tread, is a compliment to successful tires such as the Dirt Webs and Space Bars. The “Web” style tire was built to compete on smooth high-grip indoor and outdoor surfaces which require a finely detailed connected bar pattern. The center section of the tire is a home run utilizing a diamond “home plate” footprint to provide massive forward bite and increased longevity. The web of extensions are unique and have a directional touch giving the racer the ultimate tune-ability.

The Dirt Web tire was originally released during the 2013 racing season and debuted in spectacular fashion with a win at the CRCRC Midwest Championships. Since that time, the Dirt Webs have been an industry leader for indoor performance and often chosen as a control tire for performance, reliability and consistency. During 2016, the Space Bars were introduced to a victory at the 1/10th Off-Road Nationals in the hands of Ryan Maifield in the 4wd modified class.

Jason Ruona explains, “The Ellipse has a slightly smaller carcass, it allows the driver to attack high-speed sections with more comfort. The “home plate” and connected web of tread has more stability high-speed and holds the tire together for today’s high-powered vehicles. Connected tread wears significantly better which is useful racing indoors where a racer can break-in and race with the same pair all weekend.”

The Ellipse has already shown success in the hands of Ryan Maifield taking TQ at the recent Spring Indoor Nationals in Tacoma, Washington. The compound of choice for most indoor events, the exclusive gold compound, has shown to produce consistent results for racers week after week. Now, the Ellipse is also available in the groove condition favorites, blue, Aqua and R2 compound. Included in each package, the Dirt-Tech closed cell inserts known for their durable nature and gray color complete the race tuned package.